Keeping Them Honest: China Gets Tough on Counterfeiters; US Cracks Down on False Labeling 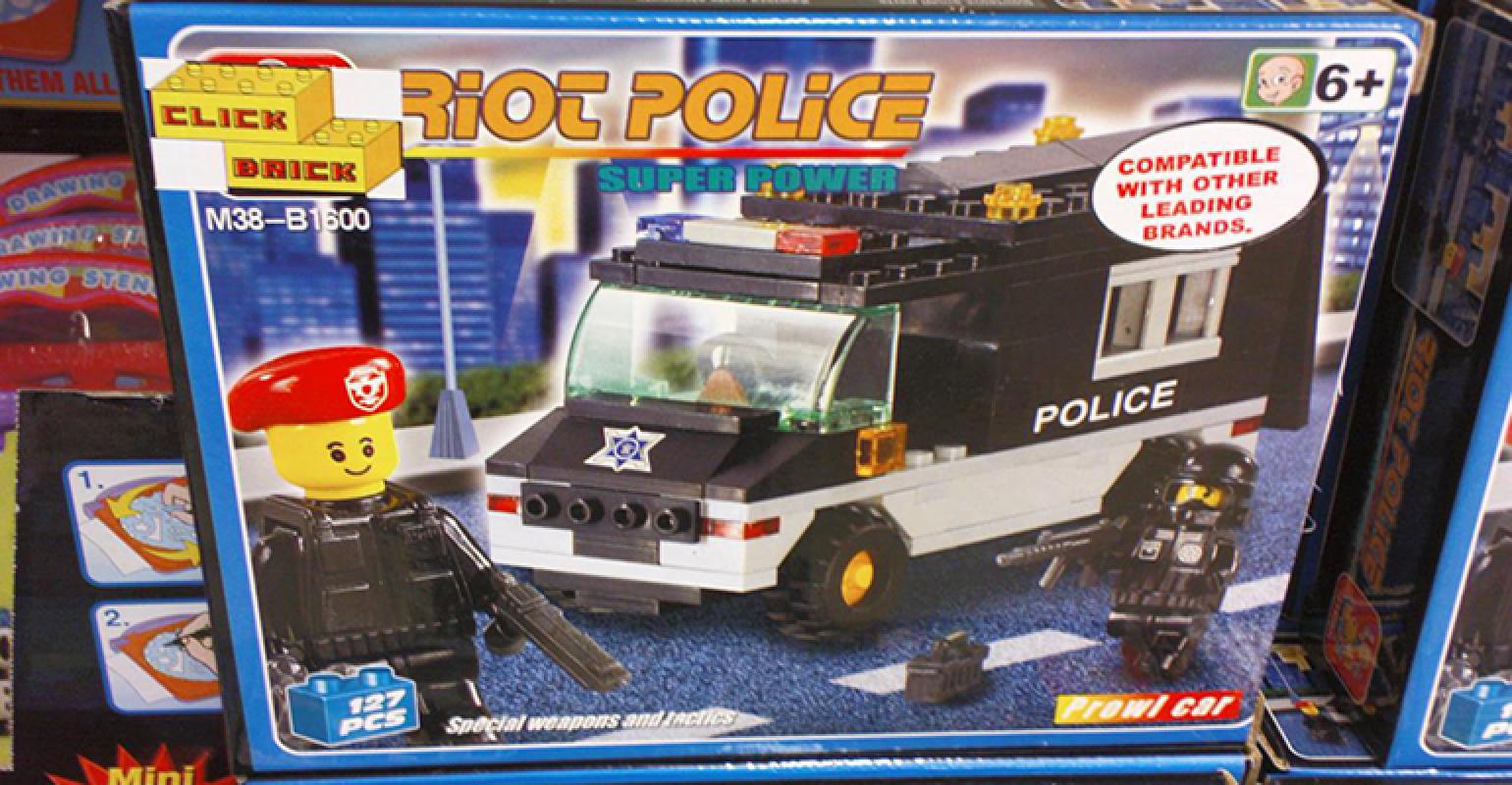 Umm, yeah, not a real Lego set. Image courtesy Matt Sephton/Flickr.
In China, an entrepreneur who made unlicensed copies of Lego bricks is sentenced to six years in prison and fined $14 million. In the United States, the Federal Trade Commission issued its largest ever fine to a company for deceptively labeling products as being "Made in USA."

Being an entrepreneur in China can have some unintended consequences. An Associated Press (AP) report last week said that a court in China has upheld a six-year prison sentence for a Chinese entrepreneur who made unlicensed copies of Lego bricks valued at 300 million yuan ($46 million).

The Higher People’s Court in Shanghai also upheld a 90 million yuan ($14 million) fine imposed on the businessman, identified only by his surname Li, said the AP. The appeals court also upheld sentences ranging from three to four and one-half years for eight other defendants.

Li and the other defendants began making the counterfeit Lego blocks in a factory they set up in 2015, selling them under the brand name Leping, the court said. The Shanghai court concluded the offense was an “especially serious” violation of copyright law and rejected their appeal.

After two decades of global companies fighting counterfeit products, parts, and components, it appears that China finally may be cracking down on the practice of stealing intellectual property. Maybe the Chinese Communist Party leaders have finally realized that companies are fed up with IP theft and are moving their plants to other countries, sometimes even back home.

While it is good that Chinese counterfeiters are being held accountable, it’s not entirely their fault. As we saw in the Netflix documentary, American Factory, in August 2019, Chinese communism teaches that nothing belongs to the individual and everything contributes to the collective good. Thus, it’s common practice for Chinese entrepreneurs to copy products patented by other companies, believing that there is no singular owner.

I recently received a notice from Amazon — I sell a book through the e-tailer — that beginning Jan. 4, 2021, vendors will be required to provide country of origin (COO) data to sell products on Amazon. The COO of a product is the country where it was produced or manufactured. If more than one country is involved in the production or manufacture, the country of origin is where the last “substantial transformation” of the product occurred. COO is required at an individual marketplace level when adding products.

Amazon defines “substantial transformation” as the point when the raw materials lose their original identity and become a new product — for example, the COO of a cake is where it was baked, not where each individual ingredient was sourced. COO rules require businesses to prove the origin of their goods to clear customs.

This new instruction from Amazon is in response to some unscrupulous manufacturers and distributors that slap “made in USA” labels on products that were mostly fabricated in China. Many consumers have a problem with Chinese-made products and actively seek to support domestic manufacturers.

"Made in USA" should mean something.

In the recent newsletter of the Alliance for American Manufacturing (AAM), an article by Elizabeth Brotherton-Bunch noted that the Federal Trade Commission (FTC) just issued the highest monetary judgment ever involving a Made-in-USA labeling case. It’s a sign, she writes, that the agency plans to continue to get tough on those who deceptively label their imported products.

On Dec. 22, the FTC settled a case with glue manufacturer Chemence Inc. and its president, James Cooke, finding that the company had “supplied pre-labeled and pre-packaged glues with deceptive ‘Made in USA’ claims” for a variety of its glue brands. As part of the settlement, Chemence and Cooke must pay a record $1.2 million to the FTC.

“In March 2020, the FTC announced a $1 million settlement with Williams Sonoma over repeated labeling violations, the first time the FTC had issued a financial penalty in a Made in USA labeling case,” said AAM’s newsletter.

“Made in USA means something,” said the AAM. “American manufacturers work hard, and often face unique challenges to make their products in the United States. They do it for a number of reasons, from being able to produce a higher quality product to creating jobs and economic growth in their communities.”

AAM President Scott Paul noted that “while there’s certainly more work to be done when it comes to Made in USA enforcement, the FTC’s action in the Chemence case is a very solid step in the right direction.”

It seems that both China and the United States are cracking down on their respective problems. US companies need to be aware that mislabeling imported goods will cost them a whole lot more than just a slap on the wrist. As for China, it just might be starting to adhere to patent and IP laws. That’s a win for both countries.