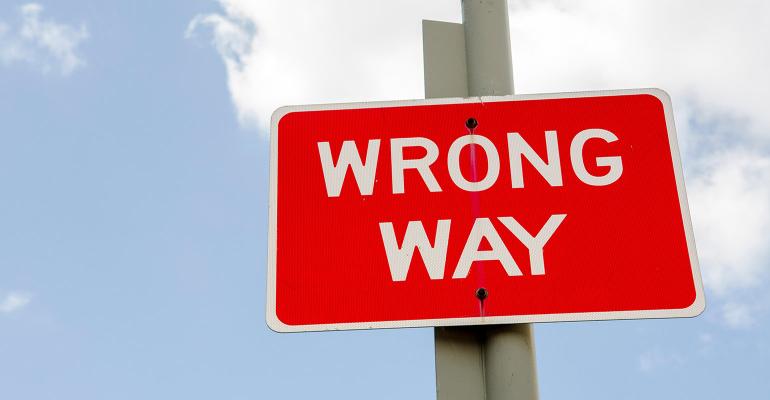 The Protecting Communities from Plastics Act legislation would cripple US plastics manufacturing and threaten a half-million jobs, says ACC.

The Plastics Industry Association (PLASTICS) and American Chemistry Council (ACC) reacted quickly and firmly to legislation targeting plastic production that was introduced by US Sen. Cory Booker (D-NJ) and three other legislators on Dec. 1.

The Protecting Communities from Plastics Act legislation says that the “plastic production crisis is fueling climate change and perpetuating environmental injustice.” It claims that petrochemical, plastic production, and waste incineration facilities are disproportionately located in or near Black, Brown, and low-wealth communities and release “harmful air and water pollution” that cause increased incidences of serious health issues among those people.

The act seeks to “tackle the plastic pollution crisis by cracking down on the plastic production process, building on key provisions from the “Break Free From Plastic Pollution Act” to address the harmful environmental justice impacts of this growing sector, and moving our economy away from an overreliance on single-use plastic.” It would establish stricter rules for petrochemical plants to safeguard the health of American communities and reduce greenhouse-gas emissions that fuel the climate crisis.

The legislation also would begin to shift the US economy away from its dependence on certain single-use plastics, creating new nationwide targets for plastic source reduction and reuse in the packaging and food service sectors. It also would pause permitting of new and expanded plastics facilities while the EPA “makes much-needed regulatory updates to protect communities.”

Legislation co-sponsor US Sen. Jeff Merkley (D-OR) said, “Plastic is buried, burned, or borne out to sea, which means dangerous chemicals are seeping into our air, water, and soil, threatening Americans’ health everywhere, and disproportionately in communities of color and low-income communities. With plastic particles ending up on the snowcaps of the Arctic and inside our own blood streams, it’s clear we need strong legislation to get this plastics crisis under control.”

Matt Seaholm, PLASTICS President and CEO responded to the legislation on Dec. 2. “I’m disappointed but not surprised by the continued hyperbole contained in this legislation, which only causes divisiveness in the efforts to come to real solutions to the environmental challenges we face.

“We are happy to work with any member of Congress to achieve solutions but a press release and legislation like this takes us in the wrong direction, will destroy an American industry, the communities they claim to care about, and send manufacturing jobs overseas,” Seaholm said. “In their rush to demagogue, the authors of this bill fail to recognize that plastic is essential to society. Plastic keeps us safe, keeps us healthy, guarantees the stability, viability, and sustainability of that which it protects and is vital to our daily lives.”

One-two punch against US workers and environment

The ACC also responded on Dec. 2 with a press release headlined, “Misguided legislation would deliver a one-two punch against American workers and environment.”

“Plastic products are essential to a lower carbon and more sustainable future: Wind turbines, solar panels, lightweight EVs, food packaging that prevents waste, building insulation, and pipes for clean water are just a few of them,” he said.

“The Protecting Communities from Plastics Act is a raw deal for America that would stall the acceleration of a circular economy for plastics currently underway,” Baca said. “American jobs would be lost, billions of dollars of investments in new technology would be jeopardized, and the climate crisis would worsen as a switch to materials with a higher carbon footprint ensues.

Solutions that won't shut down US manufacturing

“America’s plastic makers support solutions that won’t shut down domestic manufacturing. We have asked Congress to introduce legislation in line with our 5 Actions for Sustainable Change,” Baca said. “These actions would require all US plastic packaging to include at least 30% recycled plastic by 2030; enable regulations to keep up with technological innovations in recycling; develop national recycling standards; establish producer responsibility systems to increase recycling access and collection; and have science inform policy by studying the greenhouse-gas emissions of all materials,” said Baca.

If passed, the legislation would increase the cost of everyday products to consumers and hand the reins to foreign countries that would cripple existing supply chains, Baca added. It also would harm the global environment by shifting production overseas where plastics often are made with fewer protections and environmental standards.

“ACC urges Congress not to be distracted by this harmful bill, and instead focus on plastics legislation that would strengthen the US economy while reducing plastic waste.”

In addition to Booker and Merkley, the legislation was introduced by Democrat representatives from California Jared Huffman and Alan Lowenthal.