A brief history of ‘toxic’ plastics 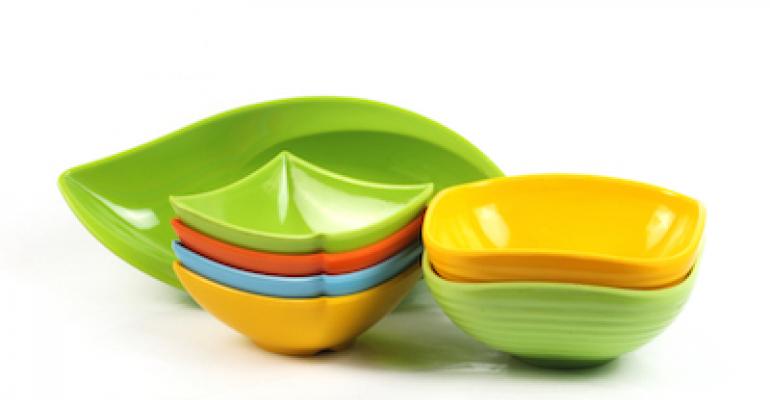 Using fake science to vilify plastics has a storied past. Remember how melamine dishes were reported to release embalming fluid when washed with hot water? Literary lion Norman Mailer took it a step further, bemoaning plastic as being socially and morally toxic to the human race. Sheesh!

I love Allan Griff’s forewords to his column in PlasticsToday. If you haven’t read any of his missives, you can check out the most recent one here. He always prefaces his column with some variation on the theme of, “plastics are not toxic. None of them.”

I’ve spent a few hours over lunches and dinners with Allan, commiserating with him over the fake science of toxic plastics and what we in the industry can do to set the record straight. It behooves us to take up the fight because all of us who have careers and make our living in the plastics industry depend on the science ultimately winning out over the hype. However, toxic plastic has a long history and changing the decades-long image of plastics won’t be easy.

Open up the book by Jeffrey Meikle, American Plastic: A Cultural History, and you’ll find some interesting background information. In the 1950s and 1960s, Meikle explains, plastic was decried by such notables as author Norman Mailer, who deplored plastics not so much because he saw it as something physically toxic, but as socially and morally toxic to the human race. Plastic was a synthetic, something that was unnatural and threatened to cut humanity from its natural, biological past . . . divorcing us from Mother Earth.

“For more than two decades Mailer conducted a hostile campaign against plastic. The first attack came in 1963 while discussing the nuclear apocalypse in a monthly Esquire column," Meikle writes. Mailer defined the existential meaning of the Cuban missile crisis not in terms of nuclear weapons but as “the proliferation of plastic. . . . We had ‘divorced ourselves from the materials of the earth, the rock, the wood, the iron ore . . . we looked to new materials which were cooked in vats, long complex derivatives of urine which we called plastic,’ ” Meikle writes, quoting Mailer.

What Mailer and others fail to recognize is that everything comes from our natural surroundings—from Mother Earth—including plastic. As Professor Emeritus Igor Catic of the University of Zagreb, Croatia, has written in many published papers, plastic is a natural, biobased material. Prof. Catic reminds us that plastic is derived from the Earth, from Earth-bound fossil fuels such as oil and natural gas, making plastic just as natural and part of Mother Earth as plants and minerals (coal included) along with diamonds and gemstones. All of this begs the question, Why is plastic seen as something unnatural, toxic and harmful? The Earth is full of harmful plants, which, when their harmful substances are used in the right amount, become healing medicines.

Much of the early derision came from companies that manufactured products in materials that plastic could replace, such as paper, tin, aluminum and glass. “If pushed to it, [plastics industry association] SPI could come out swinging, especially when rival industries threatened plastic’s reputation,” writes Meikle in his book. “That happened in 1951, when the Vitrified China Association issued a report purporting, as Modern Plastics put it, “to tell about the horrible things that will happen if we eat from melamine dishes.” According to that association, melamine was soft and harbored bacteria; was water repellant and, thus, couldn’t be washed properly; and was chemically unstable, releasing formaldehyde (or embalming fluid) when subjected to hot water. “Soon, no doubt,” Modern Plastics sarcastically observed, "the citizens of the country will have an epidemic of plasticitis and the undertaker won’t even be necessary because they will already be embalmed.”

PVC has long had its detractors; however, it was of great interest to Union Carbide, which was looking for ways to exploit petroleum and natural gas, “an agenda that involved seeking uses for acetylene and ethylene. As a small part of that strategy, Joseph G. Davidson began in 1926 to explore the use of polyvinyl chloride as a substitute for tung oil. Pressed from seeds harvested in China, the oil was subject to irregular supply and price fluctuations; it also caused a skin disease among those who handled it,” writes Meikle. Obviously, even so-called natural products can cause problems, as we still see today.

As plastic products became ubiquitous during the 1960s and 1970s, outsiders sounded the alarm on the “industry itself as an excess whose fallout was polluting the Earth . . . opponents were raising such issues as toxicity, flammability, solid waste and consumption of dwindling fossil fuels to feed insatiable refineries and molding machines,” writes Meikle.

In 1962, Meikle notes, DuPont was forced to confront the issue of the miracle plastic Teflon, as it “moved from heavy industry into frying pans.” The biggest battle DuPont faced was the “tenacity of rumors” that surrounded Teflon, and it did so by publishing a pamphlet of scientific information explaining the “rigorous testing that established Teflon as safe for cookware. The pamphlet effectively zapped the rumor as Teflon pans went to market.”

In spite of the science lessons, “nagging doubts suggested that negative attitudes about plastic were associated with a more general fear of science that derived ultimately from nuclear anxiety,” writes Meikle.

Today, those intent on ridding the world of plastic and returning to metal, glass and paper continue their fight against the industry through fake science and rumors. In spite of the plastic industry’s years of scientific testing, there are those who continue to believe in the toxicity of plastic and that the material is the primary cause of cancer and other fearsome diseases.

Well, I'm not afraid. To prove it, I drank my toxic, cancer-causing coffee (as determined by the People’s Republic of California) from a plastic cup as I wrote this!