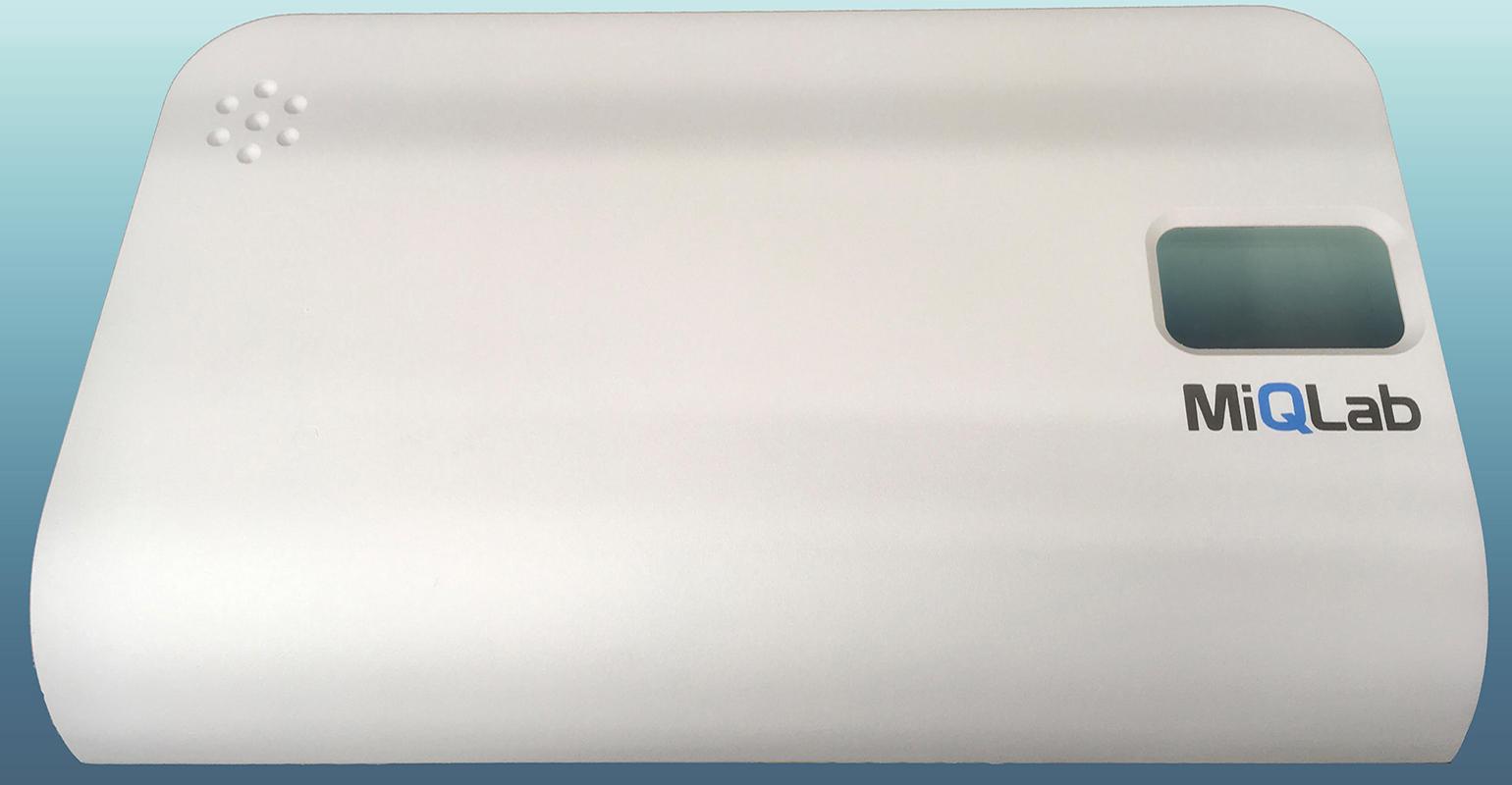 When medical diagnostics firm LexaGene needed to rapidly produce parts for its “game-changing” analyzer, it turned to Exothermic Molding. The custom molder went from concept to delivery in three days, shipping out parts the minute the paint dried.

A new genetic analyzer developed by medical testing systems manufacturer LexaGene simultaneously tests for 27 targets, produces results in about one hour, and features one-button operation. Because of its capabilities and simple operation that does not require a highly trained technician, the MiQLab promises to be a game-changer in the COVID-19 era, said LexaGene. When it needed a partner to rapidly produce and assemble a prototype of the analyzer for a photo shoot and exhibition, LexaGene turned to Exothermic Molding Inc.

LexaGene supplied family-run Exothermic with aluminum parts for its prototypes of the MiQLab, which required CNC machining, silk screening with specialized colors, and skilled painting capability. Producing the parts to spec was well within Exothermic’s wheelhouse, as it has been manufacturing parts for medical testing systems for many years. The timeframe, however, was a challenge.

“The assembled prototypes were slated for shipment to a photo shoot and to a show with extremely tight deadlines,” said Exothermic Production Manager Jorge Perez in a prepared statement. “Exothermic’s Assistant Production Manager James Patnaude shepherded this project through in record time. We had to take the finishing operations from concept to delivery in just three days. We literally had to ship the job out as soon as the paint dried. James had the courier service standing by and the product was delivered from our New Jersey plant to LexaGene’s CEO at his home on a Saturday,” said Perez.

Exothermic has quoted on producing parts for the MiQLab via its reaction injection molding capabilities once a production run begins. Exothermic claims to be the first known adopter of Proxima resin, an extremely durable and lightweight polymer developed by Dr. Robert Grubbs, who shared the Nobel Prize in chemistry in 2005 for expanding the use of metathesis in organic chemistry, which led to the invention of Proxima.

First MiQLab systems to ship by end of the year

LexaGene anticipates that the MiQLab will penetrate numerous markets beyond healthcare facilities, including cruise ships and food processing plants. The company plans to begin shipping the first units to opinion leaders in veterinary and open-access markets through its Early Access Program before the end of the year. LexaGene wanted to ramp up the program sooner, but then COVID-19 happened. “Our MiQLab pathogen detection system has 230 unique components,” explained founder and CEO Jack Regan in a corporate update earlier this month. “Over the summer, the coronavirus pandemic caused some supply-chain issues for several key components that delayed the manufacturing, optimization, and testing of these systems. Just recently, these supply-chain issues were resolved and we are now testing and optimizing our MiQLabs,” said Regan.

LexaGene also is working toward being the first company to put an open-access, fully automated, sample-to-answer system capable of testing for SARS-CoV-2, the virus that causes COVID-19, through the FDA’s Emergency Use Authorization (EUA) process. The procedure is especially complicated because the device is designed for use in near-patient settings and not just in reference laboratories, said the company. FDA requires LexaGene to completely lock down all aspects of its technology, including the chemistry, microfluidic scripts, software, firmware, hardware (optical and heating elements), and the configuration of the sample preparation cartridge. Moreover, FDA has put in place additional EUA requirements in response to poor-quality tests that have entered the market in recent months.

LexaGene now expects to start the EUA studies at the end of December. Until the studies are completed and the FDA grants LexaGene’s MiQLab EUA for COVID-19 testing, LexaGene’s system and the associated tests cannot be used for clinical diagnostics.