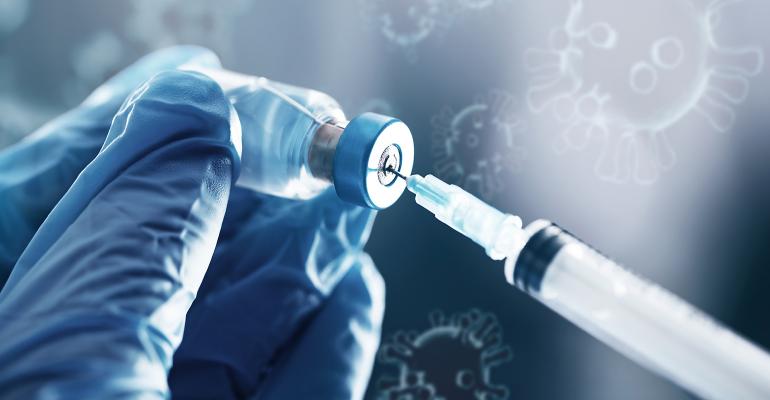 The 2,000-liter plastic “growbags” used to produce vaccine cells inside bioreactors are in short supply, reports the BBC.

The BBC reported a few days ago that a “giant plastic bag shortage is slowing the rollout of COVID vaccines.” The plastic bag shortage isn’t new, however. The Guardian reported last April that the 2,000-liter plastic bags — the “growbags” that are used to grow vaccine cells inside bioreactors — were in short supply and posed a “significant hurdle” in producing the vaccine. Some drug makers are waiting up to 12 months for the large plastic growbags.

But that’s just one of the production barriers drug makers are facing.

If anyone thinks that glass will easily replace single-use plastics, think again.  A report in the June 16 Wall Street Journal noted a “global glass shortage,” according to James Robinson, a consultant who is helping the Coalition for Epidemic Preparedness Innovations, an Oslo-based group that is financing coronavirus vaccine projects. According to the WSJ, there has been a medical glass shortage for several months, and drug makers and governments are attempting to obtain sufficient supplies. Johnson & Johnson alone bought 250 million glass vials.

“Schott AG, one of the world’s biggest medical glassmakers,” has received requests for a billion vials, “double what it can produce this year,” said the WSJ.

Smaller vial makers have been tapped to help increase supply, including Alabama-based SiO2. The company received a $143 million contract for its “unproven plastic vials lined with microscopic glass,” noted the Guardian article.

Syringes made of plastic also are in short supply. The Guardian projected a syringe shortage in August 2020, when the vaccine rollout appeared to be imminent. Becton Dickinson (BD), the “world’s largest syringe maker,” produces 663 million syringes each year, according to the Guardian’s article. BD makes more than half of the syringes used in the United States and had committed to producing 470 million syringes for the US, UK, and Canadian governments.

The Wall Street Journal article noted that vaccines for the seasonal flu, polio, and measles ordinarily are “stored in individually wrapped, single-use plastic syringes” that “take longer to make than vials.” I’d have to dispute that remark as I’ve toured a BD syringe facility in Sandy, UT, a number of years ago — just one of several syringe manufacturing facilities BD operates around the United States — and it was literally raining plastic syringes from huge, multi-cavity molds.

Additionally, noted the BBC article, there are also concerns about the availability of “filters and plastic tubes . . . used in many biological processes, but can only be used once.”

Those talking about limiting the production of virgin plastic should reconsider. Single use isn’t limited to plastic retail bags, polystyrene utensils, and carry-out clamshell containers. Single-use plastics are required for many of the most critical applications in our daily lives. Keeping that pipeline filled is essential to our health.