The Shape of Polyurethane-based Medical Devices to Come 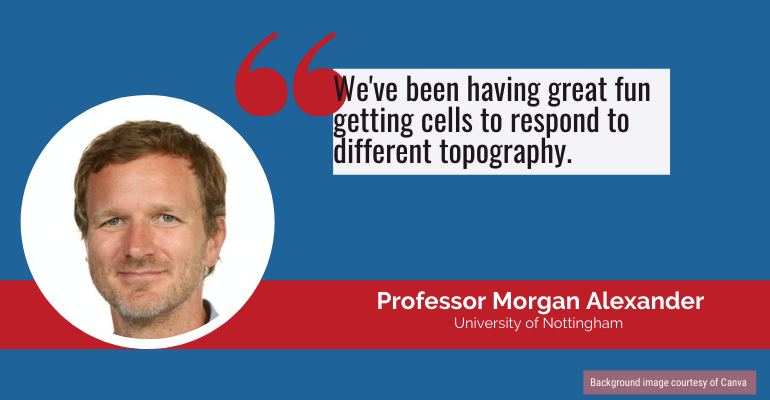 Researchers have discovered that particular shapes of a polyurethane commonly used in medical applications can prevent bacterial attachment and limit formation of scar tissue.

Creating antibacterial materials for medical devices that come in contact with the human body for prolonged periods of time is a delicate art. University of Nottingham Professor Morgan Alexander and his team pursue that art with a passion.

By screening polymers to gauge how cells react to their surfaces or shapes, Alexander and his researchers have created a material that inhibits bacteria growth in medical applications. In its latest study, the team found that particular shapes of a polyurethane often used in medical devices prevented attachment of a specific bacteria in infected mice and also limited the amount of scar tissue the mice formed. The finding could be critical to formulating materials for implantable devices that the human body will not reject.

One of the team’s early successes has been its Bactigon anti-bacterial material, which has been employed in urinary catheters by partner company CamStent.

The Nottingham researchers assess not just how the surfaces of various plastics inhibit the growth of bacteria and biofilms, but also how the shapes of those surfaces impede bacteria in cells and tissue. Alexander’s team works closely with Holland's Jan de Boer, who created an assessment tool called the TopoChip. The tiny testing platform — a 2-x-2-cm chip — is divided into 66 rows and 66 columns of TopoUnits, squares measuring 290 microns.

“We've been having great fun getting cells to respond to different topography (and also) using topography and material chemistry at the same time to find optimal materials,” Alexander enthused.

Most recently, Alexander and his team used that “high-throughput micro topographical polymer chip screen” to assess how 2,176 “combinatorially generated shapes” affected bacterial surface attachment. The goal of the study: Identify “topographies that reduce colonization in vitro by up to 15-fold compared with a flat polystyrene surface” for motile (capable of motion) and non-motile bacterial pathogens.

In using machine-learning methods to study bacterial reductions on polyurethane commonly used in medical devices, Alexander explained, “a set of design rules based on generalizable topo-descriptors is established for predicting bacteria-resistant micro topographies.” In studying the effects of polymer shapes on infections in mice, the team learned that “anti-attachment topographies are shown to be refractory to P. aeruginosa colonization. Serendipitously, the fibrotic response to the implant is reduced, opening the door to control of foreign body reaction using simple topographic patterning of implants.”

During the COVID-19 pandemic, the Nottingham team turned its evolving body of knowledge toward researching polymers that can bind and inactivate the virus. Having won funding for that work, the team is gathering data to find optimal virucidal materials that could be used to make protective gloves, gowns, visors, and masks.

Meanwhile, Alexander and his peers are hoping to gather and assess field data from the use of its Bactigon material, while also working toward creating a database of material responses to various cell types.

Ultimately, he said, the team would like “to develop design rules for specific medical devices, particular organisms, and a particular environment.” For instance, a venous catheter that contacts human blood would require a different material than a urinary catheter. For other devices, like surgical meshes or wound-care products, he added, “we would like to employ materials that give us predictable immune response and improve the body's response to implants.”