Early last week, FDA did something unexpected: it proposed accelerating the product approval process. Granted, the proposal—Expedited Access Premarket Approval Application for Unmet Medical Needs for Life Threatening or Irreversibly Debilitating Diseases or Conditions—would apply to a select group of devices meeting strictly defined conditions. Still, many in the industry hailed it as a step in the right direction for an agency that is often pilloried for its glacial pace.

Early last week, FDA did something unexpected: it proposed accelerating the product approval process. Granted, the proposal—Expedited Access Premarket Approval Application for Unmet Medical Needs for Life Threatening or Irreversibly Debilitating Diseases or Conditions—would apply to a select group of devices meeting strictly defined conditions. Still, many in the industry hailed it as a step in the right direction for an agency that is often pilloried for its glacial pace. 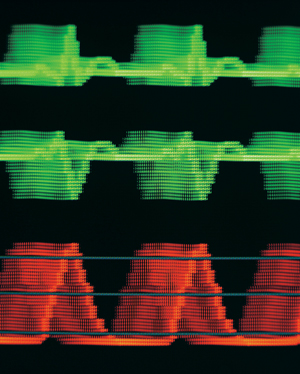 The proposal is modeled after expedited review programs for pharmaceuticals, and it seeks to encourage early interaction during product development between companies and regulators. FDA welcomes public comments on the proposal on its website through July.

The announcement on April 24 that orthopedics manufacturer Zimmer agreed to acquire crosstown rival Biomet reverberated well beyond Warsaw, IN, the so-called "orthopedic capital of the world," where both companies are headquartered.

Valued at $13.35 billion, the deal would "dramatically reshape the orthopedic landscape," reported MassDevice.com, and make Zimmer/Biomet the second largest pure-play orthopedics company in the world, right behind Johnson & Johnson subsidiary DePuy Synthes and ahead of Stryker. "The transaction positions the combined company as a leader in the musculoskeletal industry with a broad portfolio of products, technologies and services, enabling us to help shape how solutions are developed and delivered," said Zimmer President and CEO David Dvorak in a prepared release.

Wall Street rejoiced, sending up Zimmer shares 15% on the announcement, while Main Street, Warsaw, worried. It was shocking news to the whole town, the owner of a local watering hole popular with Zimmer workers told the Wall Street Journal. "Everyone is worrying about their job. Will there be a downsizing? That's the big question."

Commenting on the deal at the Medical Devices Group page on LinkedIn, orthopedic surgeon Howard Luks wrote, "The major downside of these mergers will be a big loss of technical innovation. They will make incremental improvements to their offerings, but their R&D will suffer as they rest on their laurels . . . knowing how much of a market they already control."

PlasticsToday sister brand MD+DI made quite a splash last week when it published a slideshow on the "15 Highest-Paid Medtech CEOs in the U.S." Page views went through the roof, as readers clicked their way through the upper crust of the medtech industry. Breathing that rarified air are the likes of Stryker's Kevin Lobo, Medtronic's Omar Ishrak, and BD's Vincent Forlenza. No spoilers here—you will have to flip through the slideshow to find out who is number 1—but I can tell you it's not a woman, because this is an exclusively male club.

Word leaked this week that medical device manufacturer Phillips-Medisize (Hudson, WI) may soon be acquired by one of two private equity firms bidding for the company, GTCR (Chicago) and Golden Gate Capital (San Francisco). The deal could fetch as much as $800 million, according to the Wall Street Journal.

Private equity interest in the company is driven by the ongoing outsourcing trend in the medical device industry, according to the Journal. As the pressure to reduce costs and demonstrate improved outcomes increases on medical device manufacturers, outsourcing production is one way to achieve design and production efficiencies and accelerate time to market.

Meanwhile, Bayer, Europe's largest pharmaceuticals and chemicals company, reportedly is investigating a sale of its $10 billion plastics unit, reported Karen Laird in PlasticsToday, citing an article on Bloomberg.com. According to Alistair Campbell, an analyst at Berenberg bank quoted in the Financial Times, a sale of Bayer's MaterialScience business makes eminent sense. "The trajectory of Bayer over the last five to seven years has definitely been toward more healthcare and less chemicals, buying Algeta, buying Schering, and selling Lanxess," Campbell told the FT.

The news came just as Bayer posted its first quarter results for 2014, showing that MaterialScience, in particular, raised earnings by 1% to €2.08 billion, writes Laird in her article, Will Bayer exit its polymers business? The rebound in earnings followed a challenging year, in which sales of high-tech plastics were down, and fueled speculation that the time might be right for a divestiture.

And that was the medtech week that was.