This new facility, slated to be fully operational by the end of the first quarter in 2015, is designed to enhance the ability for local governments to launch recycling efforts to remove rigid polystyrene as well as expanded polystyrene from the waste stream and generate revenue. Currently, there are a number of cities in California that are aggressively recycling polystyrene, while other communities are actively investigating expanding recycling efforts to include foam. In addition, NYC is expected to test foam recycling methods this year, as required by local law. 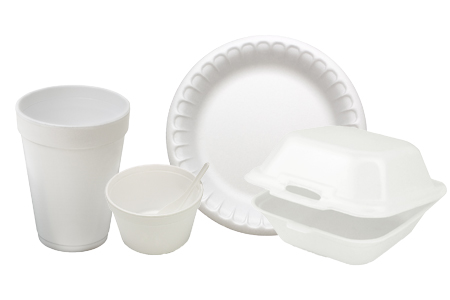 The facility will initially employ 25 people and have a name plate capacity of 25 million pounds per year. It has been designed to allow for growth. The plant will focus on recycling dirty post-consumer EPS foam and rigid PS from material recovery facilities (MRFs) that draw their material from residential recycling programs and it will also have access to rail which will reduce the environmental impacts of shipping.

"We currently recycle about 60 million pounds of foam and rigid polystyrene materials annually but we have the capacity to do so much more," said PRI's owner, Alan Shaw. "The residential recycling stream has been largely untapped by our competitors and we view it as a tremendous source for more of this valuable material."

The new collection program is the result of a partnership between PRI and Dart Container. The partnership grew out of a chance meeting at a conference hosted by the Foodservice Packaging Institute, according to Brandon Shaw, PRI's marketing manager.

"In 2012, we attended the FPI's conference aimed at increasing the recovery of foodservice fast food containers and approached Dart about our interest in recycling more polystyrene materials," Shaw said. "We are anxious to partner with cities like New York City and Chicago that have expressed an interest in recycling their foam."

Several cities, including Seattle, San Francisco and most recently Washington, D.C., have enacted various bans on the usage of PS foam containers. Oftentimes, the reason cited is issues with waste.