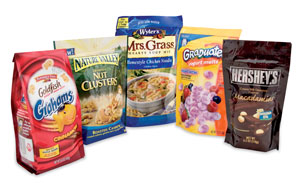 PCI Films Consulting believes that this situation is likely to continue even while the annual spend per capita is much higher in North America, than in Europe. While demand in Eastern Europe continues to grow by more than 5% p.a. in value terms, underpinned by strong growth in Russia and Poland, growth in the more mature Western Europe is currently running at less than 1.5% p.a.

So what's behind this decline in Europe but growth opportunity in North America? PCI believes there are a number of issues at play.

While some West European countries are seeing some economic growth, especially Germany and the UK, many other economies, especially in the Eurozone are still suffering low or negative growth which is adversely impacting on employment and consumer spending. In Eastern Europe, which currently accounts for less than 20% of Europe's overall flexible packaging demand, a number of smaller national markets are either static or actually declining as they continue to face difficult economic problems. Per capita spend on flexible packaging in Eastern Europe is currently less than one-third of Western Europe's.

Europe's population growth rate of only 0.2% p.a. compares with approaching 1% p.a. in North America, which provides the latter with a continuing inbuilt boost to food consumption which is again reflected in demand for flexible packaging. Populations in a number of large European countries, especially Germany and Russia are declining.

Lifestyle variations and differing consumer buying habits across Europe mean that some countries, such as Italy, spend less per capita on pre-packaged foods than Germany and the UK for example. In North America, especially in the U.S. and Canada, incomes are generally higher than in Europe and consumer buying habits are more uniform.

More rapid growth in flexible packaging in North America also reflects the fact that flexible packaging formats, including the stand-up-pouch, are growing rapidly in new applications which have been previously the preserve of rigid formats. In the past, North American consumers have been more conservative with regard to the adoption of new flexible packaging formats than their European counterparts and packers have often been reluctant to replace existing rigid filling capacity with new flexible packaging alternatives, PCI states. However, this is now changing, as consumers recognize the lightweight portability and convenience particularly of single serve flexible formats with easy-open reclose features and also the environmental advantages of flexibles.

Evolving technical advances especially in the development of sophisticated barrier materials have seen flexible packaging becoming an increasingly attractive and viable alternative to rigid formats, which are now being adopted much more widely by North American packers.

"PCI Films Consulting's view is that flexible packaging demand will continue to grow more rapidly in North America than Europe, perhaps most importantly because of the much more favorable population demographics in North America and likely economic fundamentals, over the next couple of years."