A Deeper Dive Into PFAS, and Why Bans Are Misguided 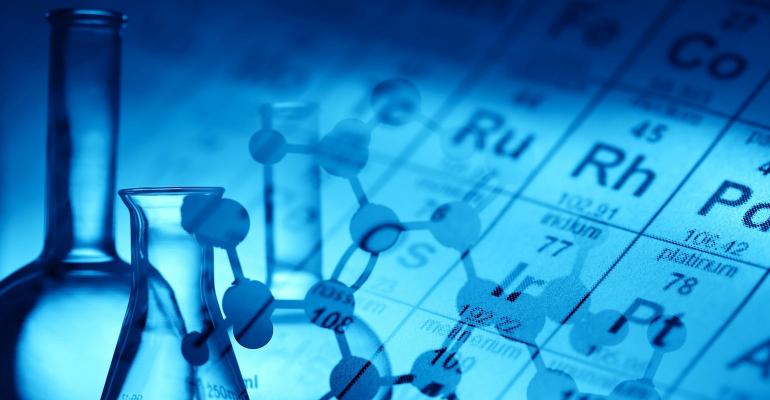 PFAS lawsuits are spreading across the United States and could exceed asbestos as one of the biggest tort cases in the country, according to a lawyer specialized in environmental law. The science, apparently, is irrelevant.

Recently the state of New York legislated a ban on the production and use of food packaging containing per- and polyfluoroalkyl substances known as PFAS. PFAS are used to line paper and paperboard food packaging to make it resistant to grease, oil, water, and heat. PFAS have been used since the 1940s in packaging and to make stain- and water-resistant fabrics and carpeting, cleaning products, paints, and fire-fighting foam, according to information from the FDA.

PFAS remain intact in the environment, which is why they are often referred to as “forever chemicals,” and over time these substances have been found to accumulate in levels that could be harmful to human and animal health. The FDA notes in a report on PFAS that while “the science surrounding potential health effects of PFAS is developing, current evidence suggests that the bio-accumulation of certain PFAS may cause serious health conditions.” In 2019, the FDA formed an internal working group committed to engaging with consumers, industry, and federal, state, and local government partners to determine if there are any detrimental effects to humans.

While the science on PFAS is inconclusive — as is often the case with polymers and chemicals — Los Angeles attorney Jeffrey Dintzer told PlasticsToday that in his view, there are some “serious confounding and biased issues” surrounding the studies that are being relied upon by regulatory authorities to heavily regulate or altogether ban PFAS. Dintzer specializes in environmental and land-use law and is a partner in the Alston & Bird LLP law firm.

“PFAS are ubiquitous,” he said, noting that attempts by scientists to find test subjects with no PFAS in their blood to establish a base line for the effects of PFAS in the human body have failed. “They couldn’t find anyone — not even people living in remote areas of the world — without PFAS in their blood.” Dintzer added that some of the studies have “serious issues” and need controls using statistical analysis in which exposure to PFAS is well defined so that the studies can be replicated.

The quest for PFAS alternatives

For the food packaging industry, the goal is to find another material with which to line paper and paperboard food containers. Developing a strong, sustainable grease barrier for food containers is an objective at BASF, because the PFAS “persist in the environment long after the container’s useful life.” In a white paper released on June 29, BASF noted that the fluorine bonds that make up these chemicals provide hydrophobic and lipophobic properties to produce the non-stick, grease-resistant, and waterproof capabilities that consumer products require.

According to the BASF paper, the FDA currently allows for shorter-chain PFAS, which are less bio-accumulative, to be used in food packaging, but this is expected to change over growing concerns about sustainability and health effects. Environmental officials from a number of European countries have already announced a plan to restrict all PFAS chemicals by 2030, and more than a dozen US states have unveiled legislation that includes a ban on PFAS within the next few years, said BASF.

“People are really starting to question the impact of fluorochemicals on the environment and their sustainability as grease barriers,” said Simon Foster, Industry Marketing Manager for Printing and Packaging at BASF. “Brand owners are seeking new solutions and new options, and JONCRYL HPB 1702, a water-based emulsion, is one of those effective options as a major component of a grease-barrier formulation.”

Liners in paper food containers have increasingly come under scrutiny because of the renewed interest in replacing plastic containers with paper and paperboard for take-out foods, such as pizza boxes, where structural integrity is necessary. Given that plastic is being attacked by its detractors as “toxic,” we’re learning that paper and paperboard food and beverage containers that require linings to make them strong enough to prevent leakage of grease and liquids just might not be a better alternative.

“Paper food packaging must resist permeation from water, oil, and grease from hot foods,” said BASF. “It should also be flexible enough to withstand creases and movement without compromising the integrity of the package,” said BASF. Foster explained that “the package itself is often folded or creased in order to work effectively, but those tend to create weak spots in coatings. JONCRYL HPB 1702 shows continued strong performance, even after the package has been creased or folded.”

Comparing JONCRYL HPB 1702 with fluorochemicals, Foster notes that it meets the same level of performance in basically every application. “The performance is certainly better than other water-based components on the market because of its temperature tolerance (room temperatures up to 60oC) and ability to maintain performance after it’s been folded or creased,” Foster added.

Cortec Corp., based in Zagreb, Croatia, just announced a moisture liner for retail and consumer food packaging as an alternative for polyethylene- or wax-coated paper and cardboard. Recyclability has been the primary challenge, as these lined packaging materials are much more difficult to re-pulp than regular uncoated paper and corrugated board and typically cannot be recycled through normal channels, said the company in its announcement.

To replace these environmentally problematic materials, Cortec pioneered EcoShield, a water-based barrier coating that is recyclable and 100% re-pulpable, effectively eliminating the need to use traditional wax and polyethylene coatings.

PlasticsToday asked Cortec if Ecoshield could be an alternative to PFAS substances. “Our EcoShield barrier coating for paper and linerboard would make a great replacement for PFAS in certain applications,” responded Ana Juraga, Marketing Manager.

“There are two main things to consider. PFAS is a broad group of chemistry. To provide a recommendation for direct replacement, you would need to understand which specific PFAS are being used,” said Juraga. “Some PFAS are used for oil, grease, or water resistance, an application where our coating could be used. Other PFAS are used as surfactants or heat-resistant materials, which would not be replaced effectively by our coating.”

The second consideration, noted Juraga, is the way PFAS are applied to paper to create water or oil/grease barriers, which can be different from applying Cortec’s coating. “Application methods or conditions will need to be adjusted; a direct substitution may not be successful. This is something that we can support when troubleshooting a new application for our barrier coating,” she explained.

Ultimately, while companies are searching for ways to replace various types of plastic food containers, including rigid polystyrene and expanded polystyrene (foam), with paper as the “better” alternative, we can see that paper and paperboard also have problems. According to the FDA, continued research and additional analysis of foods will help inform its efforts to identify and prioritize activities to reduce PFAS in human and animal food. This research will also increase the agency’s ability to detect, evaluate, and respond more quickly to potential contamination issues involving food.

In assessing PFAS in food, the FDA states that these substances can enter the food chain through environmental contamination. However, “it is important to note that PFAS contamination in the environment (air, water, and soil) where food is grown does not necessarily mean the food itself will contain detectable PFAS. This is because the amount of PFAS taken up by foods depends on many factors, including the specific type of PFAS and characteristics of the food. Limited FDA testing for certain PFAS chemicals has found that most foods have no or very low levels of PFAS,” stated the FDA.

In 2019, samples that had been collected as part of the FY2018 Total Diet Study were analyzed for 16 types of PFAS chemicals, according to the FDA’s report. While the sample sizes were limited and could not be used to draw definitive conclusions, based on the “best available current science, the FDA has no indication that PFAS at the levels found in the limited sampling present a human health concern.” The samples were analyzed for PFAS in parts per trillion, which is reaching the level of near statistical irrelevance.

Analyzing chemicals in the environment in “parts per trillion is a great tragedy for humans because we’re looking at microscopic concentrations of something that will do nothing to you. In low doses the body can compensate for effects,” said Dintzer. “While PFAS do not excrete quickly from the human body, there are no replicated studies that show there is any risk from exposure to PFAS at part-per-trillion concentrations. There is no reliable evidence that concentrations this low will have any negative effect on humans. Keep in mind a part-per-trillion equates to one drop of a chemical in 1,000 Olympic-sized swimming pools.”

The FDA’s report looked at samples of domestic and imported bottled water, carbonated and non-carbonated, and found that none of the 30 samples had detectable levels of PFAS. Samples of seafood, including fish and shellfish taken from 13 species of fresh and saltwater fish, found no indication that the substances present a human health concern. FDA also tested milk samples and found that only one of the 12 raw milk samples and none of the 49 retail milk samples had detectable levels of PFAS.

Currently there are a host of lawsuits throughout the United States, including a “rash of lawsuits against 3M” that “have intensified concerns that it could face massive legal and cleanup costs” over PFAS. According to a December 23, 2019, news report in the Minneapolis Star Tribune, the Maplewood-based industrial giant “has already reached a historic $850 million pollution settlement with Minnesota. . . . 3M has set aside an additional $235 million to cover legal claims, but some estimates of the ultimate costs exceed $10 billion.”

Dintzer told PlasticsToday that PFAS lawsuits could exceed asbestos as one of the biggest tort cases in the United States.

As with many other science-based products that have made modern life better for people worldwide, much of the science is being ignored as these lawsuits move forward. Non-scientific information is being put forth as facts, even when they have not been scientifically studied or analyzed. For example, an article on Earthjustice.org praised the New York legislature for its ban of PFAS in food packaging, noting that they “followed the science” linking PFAS to “serious diseases” and that they “may exacerbate the detrimental health effects of COVID-19.”

No scientific studies have been done relating PFAS to COVID-19 that I could find.

The FDA reviews updated scientific information on food-contact substances as it becomes available, said the agency. For example, in 2011, the FDA obtained voluntary agreements with the manufacturers of certain long-chain PFAS under food-contact notifications to remove those substances from food-contact applications. Long-chain and short-chain refer to the number of carbon atoms in the molecular structure of the subset of PFAS. In 2016, the FDA revoked the regulations that authorized the remaining uses of these long-chain PFAS in food packaging.

Science, particularly science pertaining to plastics, continues to take a back seat to fake science and hype promoted by anti-plastics activists. The plastics industry has fought – and won – almost every battle over the past several decades, including the long-running war against BPA, which continues in spite of dozens of studies and final FDA conclusions that it is not harmful in the minute amounts contained in various applications. At the end of the day, science from credible sources must prevail.