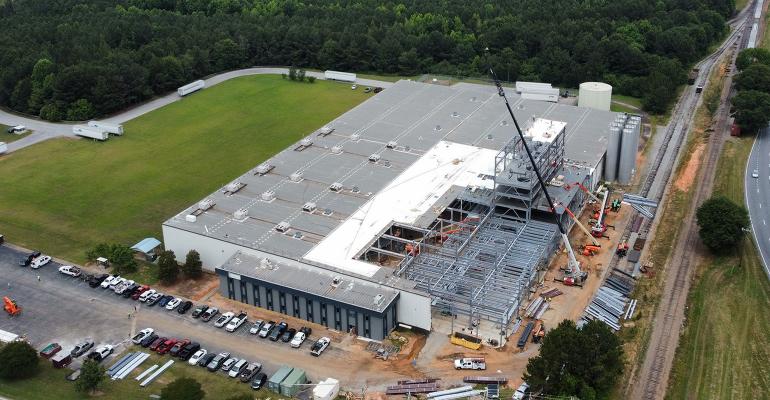 The 168,000-square-foot facility will feature multiple newly installed lines for the production of engineered films for downstream use in manufacturing performance-oriented packaging for food, consumer packaged goods (CPG), and medical device applications. The plant also will include a world-class film laboratory to develop and test materials, said Pregis.

“We believe that this new facility will be the most technologically advanced extrusion facility in North America. The facility has been staffed with technology and market leaders who are focused on developing extruded films that have been engineered to meet market-driven performance requirements,” said Kevin Baudhuin, President and CEO.

In keeping with Pregis’ previously announced 2K30 environmental goals, the Anderson facility will be equipped with the latest energy-efficient features for manufacturing and other plant functions. Pregis’ objective is to run its businesses in the most sustainable manner possible, so that it improves its carbon footprint and reduces environmental impact while making significant, positive contributions to people and society, said Pregis.

The expansion will create 120 new jobs for workers in the Greenville, SC, area and is expected to be operational in September.