HomePackagingA war on plastic could backfire—will a war on plastic pollution fare any better?
Recent
End Markets
Color-Stable Polyamide Shines in Electromobility Applications
May 13, 2022
New Thermoforming Machine Optimizes Mono-Material Processing in Modular Design
May 13, 2022
AMBA Names TK Mold & Engineering’s Tom Barr Mold Builder of the Year
May 13, 2022
Microwave Heating Slashes Energy Use in Carbon-Fiber Production
May 12, 2022
Breaking News in Flexible Packaging
May 12, 2022
Electronic Skin Develops a Human Touch
May 12, 2022
Remote Patient Monitoring Is Here, but Are We Ready?
May 12, 2022
Bioplastics News Stream
May 12, 2022 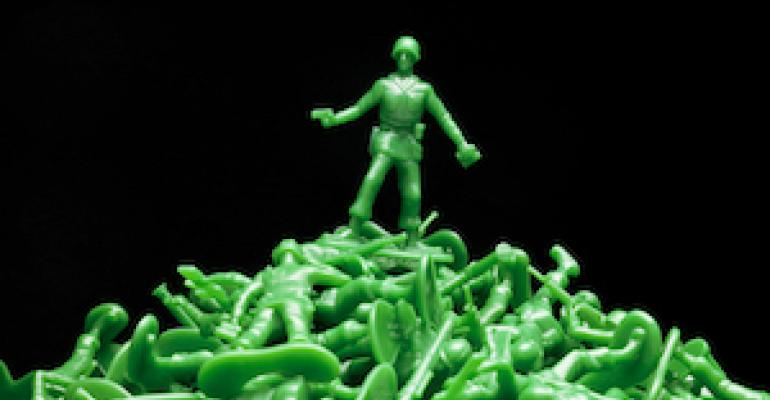 When someone declares “war” on anything—whether it’s a product, a material, a people or a country—the other side fights back. War is never a good thing. 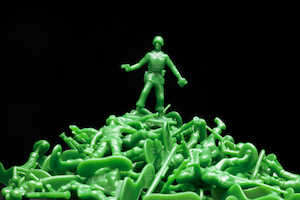 Earth Day was celebrated this past Sunday, reminding us all that the Earth and the resources we obtain from it are valuable. A recent article in BBC Business News, “War on Plastic May Do More Harm than Good, Warns Think Tank,” by BBC environment analyst Roger Harrabin, noted that, “A green think tank has warned of the risk of unintended consequences from the wave of concern about plastics.”

Let’s face it, a “war” on plastic and plastic products that we’re experiencing globally could backfire. When someone declares “war” on anything—whether it’s a product, a material, a people or a country—the other side fights back. War is never a good thing. That’s why the Green Alliance’s Libby Peake told BBC News, “Plastics are clearly a huge problem but we have concerns that legitimate public outrage will lead businesses and governments to rush into the wrong decisions.”

The Green Alliance wants to “transform the notion of a ‘war on plastics’ into a ‘war on plastic litter,’” said Harrabin. “The group, like many environmentalists, gave a grudging welcome to Chancellor Philip Hammond’s call for evidence on taxes on single-use plastics.”

A recent news item noted that drinking straws and other single-use items might be banned outright in Great Britain, as the country considers several “cures” for plastic litter.

However, Harrabin noted that the Green Alliance warns that “rejecting all plastic food packaging could prove counter-productive,” given that food waste is also a big problem and the technologies in plastic packaging could help solve that.

New technologies such as barrier packaging would certainly be beneficial to the packaged food sector, and government officials need to take care that they don’t throw the baby out with the bath water.

The Green Alliance is also concerned that substituting plastics with plant-based “bio-plastics” just might have a greater impact on the environment than conventional plastic. “Forests are already being felled to grow crops to feed the world’s booming demand for meat production, and wild land is also disappearing to produce bio-fuels for cars and electricity generation. But there is a finite amount of land,” Harrabin wrote, adding that the Green Alliance “fears that a demand for plastic substitutes could also increase the pressure for deforestation.”

Another organization that claims to be an opponent of a war against plastic is Upstream (Damariscotta, ME), which promotes “upstream” solutions. Its theme for Earth Day 2018 was “End Plastic Pollution.” However, according to the press release I received on April 22, Upstream promotes such ideas as:

It sure sounds like Upstream is actually promoting the end to plastics’ use in a number of things. While not openly declaring war on plastic, you could say their war is against Starbucks. Everyone is beating up on Starbucks these days, primarily because there is so much misinformation and fake science in the news.

Harrabin points to the “backlash against plastics” that led Lego to announce that it would begin making its bricks from plastics “derived not from oil, but from sugar cane.” The media headline—“Lego goes green one brick at a time”—made for good press, but Harrabin noted that the company confirmed to him that “the ‘eco’ bricks would be made from polyethylene—that’s exactly the same chemical compound as plastic derived from oil (which, of course, came from plants millions of years ago).”

The Green Alliance’s Peake told Harrabin, “Turning plants into plastic in this way means that, at the end of life, it won’t be biodegradable and will have all the potential drawbacks of traditional plastic.”

The Lego headline and other misleading, attention-grabbing news stories are examples of the continued fake science surrounding the use of plastic, which is ultimately, as Harrabin pointed out, a plant-based material. Intended solutions often lead to unintended consequences, as the Green Alliance’s Peake noted. “We must ensure that whatever solutions we design don’t increase emissions, damage world ecosystems or result in more waste,” she told Harrabin.

The war against plastics currently being fought against any company that uses plastic for single-use packaging is one that ultimately the plastics industry will have to fight against. By getting companies to stop using plastic in any form, these advocacy groups believe they will ultimately put the plastics packaging industry out of business. They might be right, if the industry doesn’t stand up and fight.