PET demand is flat in the U.S., but growing in developing countries

Oftentimes talk of PET centers around a persistent and growing oversupply. However, the market for PET is actually growing in step with the expanding middle classes in developing countries such as China. But demand in developed countries such as the U.S. is starting to flatten, according to a new global study by IHS.

Oftentimes talk of PET centers around a persistent and growing oversupply. However, the market for PET is actually growing in step with the expanding middle classes in developing countries such as China. But demand in developed countries such as the U.S. is starting to flatten, according to a new global study by IHS.

The report, entitled IHS Chemical 2014 World Analysis - Polyester, covers historical developments and future projections for supply, demand, capacity and trade in the PET fiber and packaging resin markets from 2008 to 2023. Polyester fiber, the report says, now commands nearly a 50 percent share of the global natural and synthetic fiber market and is the largest fiber type by volume. Within the next five years, according to the report, the market for polyester fiber will be larger than all other fibers combined.

"Unlike natural fibers such as cotton, polyester fibers are not subject to weather events, pestilence or poor crop yields that restrict availability and impact costs," said Ashish Pujari, director, Asia, fiber and feedstocks at IHS Chemical. "Polyester fibers have several advantages over alternatives - there is ample availability, an advantaged cost position and favorable performance characteristics relative to competing materials. Combined, these advantages have positioned polyester fiber to achieve the largest gains in the natural and synthetic fiber market."

Since peaking in the mid-1990s, polyester fiber production in North America and Europe has declined, as textile producers struggle to compete with imports of fiber and low-cost finished goods from Asia, particularly China. IHS expects that polyester fiber producers in Europe and North America will continue to be under economic pressure as Asia's dominance increases in fiber and textiles production.

Added Pujari, "Further rationalizations and consolidations in these regions are likely, which will help improve margins and operating rates during the next five years. However, the polyester fiber business is expected to continue to remain very competitive."

As polyester textile production in North America and Europe was being lost to Asia, those regions experienced rapidly growing PET packaging markets for beverage bottles and thermoforms. However, the North American PET packaging resin market in particular has seen stagnation of late, largely attributable to an ongoing decline in soda, juice and sweetened beverage consumption as more Americans associate weight gain with sugary, and more recently, low calorie drinks, the report states. 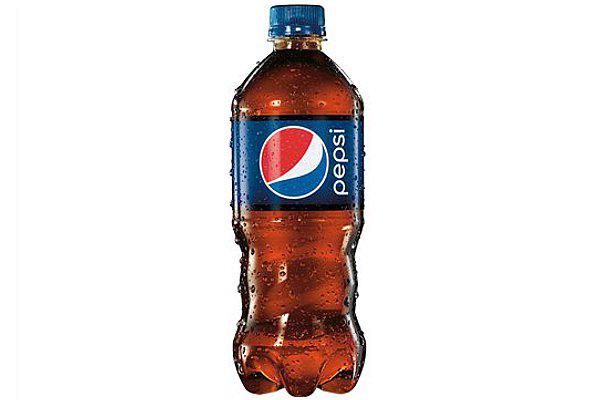 Since 1975, PET packaging resins have been used to replace glass bottles for beverage containers, providing a lighter weight, unbreakable alternative to glass. However, in recent years, a host of alternative drinks, including bottled water, teas and sport or energy drinks has meant that fewer plastic bottles are produced; and in the case of bottled water, the bottles have been lightweighted and contain only about half as much plastic as the heavier soda containers.

At the Global Plastics Summit (presented by the Society of Plastics Industry and IHS), PlasticsToday reported that global PET markets will continue to be vastly oversupplied, leading to significant rationalization of older plants, said Chase Willett, director of PET at IHS. New capacity is being added while demand slides.

Willett also noted that water bottles are about one-third the weight of carbonated soft drink bottles because of thin-walling. "We're seeing the water bottle being turned into the water bag," another speaker at the conference said.

"This continued lightweighting of bottles and packages, driven by both economics and the need for an improved environmental footprint, coupled with an increased use of recycled material, have been the main drivers behind the poor demand growth for PET," Willett said in the news release. "North America, in particular, is hurting the global market due to a contraction in carbonated beverage demand that is only partially offset by growth in bottled water markets or organic growth of soda consumption in developing countries. Global PET capacity expansions continue to outpace demand growth by nearly three times-the world now has more than 6 MMTs of excess PET capacity, and we expect this gap to grow to more than 8.5 MMTs in 2014."

Recycled resins are increasingly competing with virgin PET resins due to good growth in collection. Globally, most of the collected recycle, which likely exceeds 40 percent of global virgin production, is used in the fiber industry as a low-cost substitute for virgin resin/raw materials in staple fiber, primarily fiberfill applications. There has also been strong growth in the use of recycled PET packaging resin for food and beverage packaging in the West. IHS expects demand for PET packaging resins to peak at more than 20 MMTs in 2014.

"For 2014, there are already more than 1.5 million metric tons of capacity expansions announced," Willett said. "While we expect some capacity rationalizations, they will not make much of a dent in global supply, since the units that may be closed produce only a fraction of the larger units coming online. Four or five older units need to be closed to offset production from just one of the largest new world-scale builds."

While Asia, he said, dominates the new capacity growth early in the forecast period, IHS expects the Middle East to bring its large, backward-integrated PET packaging resin units on-stream late in the forecast period. Similarly to production, Northeast Asia (primarily China), also accounts for the largest share of global PTA demand. The shift of textile and, more recently, automotive and other industrial manufacturing to Asia, encouraged the migration of polyester production from the more developed regions such as Europe and North America, to countries like China, India, Thailand, Indonesia, and increasingly, Vietnam.