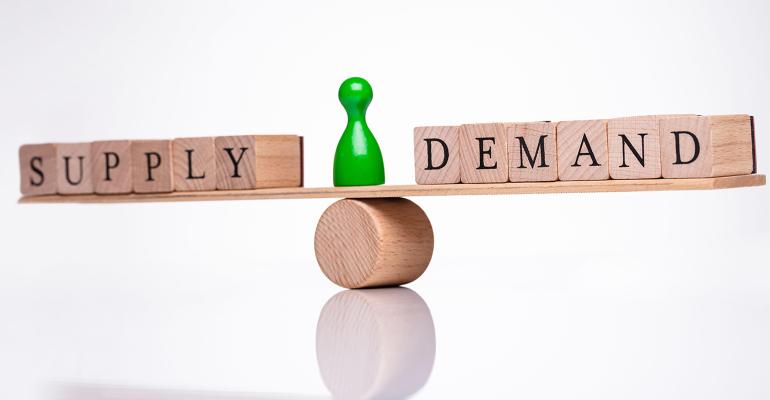 Resin buyers are more willing to pay up in light of tighter market conditions.

Spot resin trading improved last week. A relatively high volume of resin was sold through the PlasticsExchange platform, said the Chicago-based resin clearinghouse in its Market Update, and more railcars than truckloads changed hands. Along with regular customers, some processors that had been on the sidelines came in to secure material ahead of the Thanksgiving holiday week. Producers have continued efforts to tighten supplies by running reactors at reduced operating rates while purging surplus inventory into the export market, and the effect is being felt.

While fresh railcars of most prime polyethylene (PE) and polypropylene (PP) grades were lightly available, the flow of off-grade railcars into the spot market has slowed and sellers held their passive selling stance. Most resellers seem to be keeping their uncommitted resin stocks to a minimum.

November PE contracts probably will roll flat from October. After falling $0.15/lb in October, PP contracts will see little change this month, according to the PlasticsExchange. There is the potential for a small uptick in November polymer-grade propylene (PGP) monomer costs; if so, that might be offset by further PP margin contraction.

Over the past several weeks, we have been reporting about market consolidation, writes the PlasticsExchange. Off-grade resins at the bottom end of the pricing spectrum, which took a hefty beating, were somewhere between holding firm and achieving a slight rebound. Meanwhile, the top end of the spot prime market was coming off, as price discovery was moving downstream to smaller processors and more companies were receiving discounts from their official contract pricing. There is still a very wide range of prices transacting within the prime segment of the industry, including both high-priced branded contracts and down-and-dirty export prices, and neither are necessarily indicative of the true market price. The PlasticsExchange notes in this week’s Market Update that it should have eased its benchmark prices more aggressively during the down leg of the cycle. Now that the numerous one-off discounts have become more recognized and accepted throughout the industry, the PlasticsExchange said it is making a quick $0.06 to 0.09/lb downward revision this week to bring its asking prices more in line with average transaction levels.

Shell announced this week that it commenced operations of its Pennsylvania PE manufacturing complex and is expected to ramp up to full production by the second half of 2023. ExxonMobil is also scheduled to bring its new PP unit online in Louisiana before the end of the year.

Houston warehouses have largely stayed full amid high storage costs. Prices will continue to rise into next year as producers search for ways to mitigate the added expense.

In order to pressure customers against keeping railcars out too long, producers have toughened their stance on demurrage, including the swift escalation of fees when weeks of holding turn into months. The threat of a major rail strike is also looming and can begin in early December. As a precaution, some producers could halt the shipment of sensitive materials ahead of time. An actual strike would wreak havoc on the petrochemicals/plastics industry and the US economy as a whole. But it would also be a boon for truckers and likely empty out those warehouses currently full of resin.

PE volume and activity pick up

PE remained the more dominant resin to change hands across the PlasticsExchange platform, as both volume and activity picked up considerably from a week earlier. Producers continued to reject low-ball bids and deeper discounts, as buyers have been more willing to pay up a bit in light of tighter market conditions. High-density (HD) and linear-low-density (LLD) PE grades were the major movers, while low-density (LD) PE trading lagged behind. The limited activity in LDPE comes amid a notable lack of material this month for both Film and Injection grades.

Despite virtually flat PE spot levels due to weak demand offset by tighter market conditions, overall availability is relatively good, but it takes asking for material to receive competitive offers rather than receiving a flood of daily offers as we saw during the third quarter, writes the PlasticsExchange. Producers are expected to maintain lower operating rates through December, as new PE production comes into the North American market. In the meantime, price initiatives of $0.07/lb are on the table for November contracts, but as noted last week, November or December implementations are a rarity.

In the PP market, the slight upward momentum began to fade as buyers faced and resisted an uptick in asking prices. Few buyers eagerly paid up, but then again, few sellers came down to meet the lower bid prices, resulting in stalemates that challenged some order completion.