Riverdale Global (Aston, PA) has opened a full-scale production and stocking facility that will provide plastics processors in the United Kingdom and Ireland with ready access to custom color-matched liquid colors and additives as part of a complete system in which customers never see a drop of the liquids during use of them.

Riverdale Global (Aston, PA) has opened a full-scale production and stocking facility that will provide plastics processors in the United Kingdom and Ireland with ready access to custom color-matched liquid colors and additives as part of a complete system in which customers never see a drop of the liquids during use of them.

The Sealed Color system is based on metering equipment and special containers developed by Riverdale Global to keep liquid colors completely sealed through all stages of handling, meter them into the molding or extrusion process with a high degree of accuracy, and replenish supplies without the waste and mess of residual liquid. 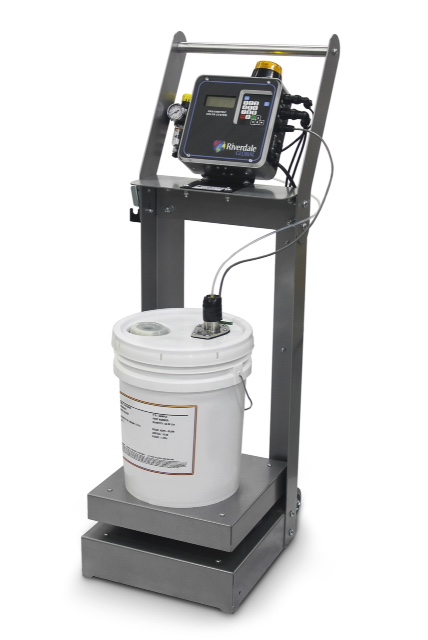 The 8,000 square-foot-facility in Warrington is centrally located between Liverpool and Manchester in one of Britain’s largest industrial and logistical district. The recently appointed operations manager at the facility is John Goulbourn, who has an extensive background with liquid colors.

The Warrington facility will serve as a “satellite” plant, drawing on stocks of single-pigment dispersions (SPDs) produced by Riverdale Global in the U.S. to prepare custom colors and additives for use with the full range of thermoplastic polymers. An SPD is a dispersion of a single pigment that can be blended with other SPDs to develop colors to customer specification. Employing a computerized color blending system whose software incorporates a database of thousands of formulations, the new facility will develop matched colors and ship them to customers following approval of sample plaques. An on-site quality-control laboratory will document all color matches and provide pre- and post-production traceability.

Also kept at the Warrington facility are liquid color metering equipment systems developed by Riverdale Global, including the Riverdale Gravimetric Stand (RGS). In the RGS, a drum containing liquid color is mounted on a self-calibrating loss-in-weight scale. In accordance with Riverdale Global’s proprietary “Pump in a Drum” design, the color pump is located inside the drum, which remains sealed from the moment it leaves the Riverdale Global loading dock until it is returned from the customer. As the color is metered into the process, the scale continually reports the weight of the contents to the controller as a means of ensuring that the target let-down ratio is maintained.

“Computerized color blending from SPDs adds to the advantages of liquid colors over masterbatch by producing higher-quality colors, and the tight tolerances available with gravimetric metering augment the cost savings by reducing the margin of error in colorant loadings,” said Paul Maguire, President of Riverdale Global. “The combination of SPD-based colors and gravimetric dispensing enables customers to save 20 to 40% on colorant costs alone.”