While coatings today provide protection and other static functionality, a new generation of technologies is making them ‘smart’—able to change in response to their environment. There’s significant potential for this capability to impact industries from military and aerospace to medicine, according to the latest report from Lux Research—“Surfaces Get Smarter: Scouting Emerging Coatings, Markets and Functionalities.”

While coatings today provide protection and other static functionality, a new generation of technologies is making them ‘smart’—able to change in response to their environment. There’s significant potential for this capability to impact industries from military and aerospace to medicine, according to the latest report from Lux Research—“Surfaces Get Smarter: Scouting Emerging Coatings, Markets and Functionalities.” 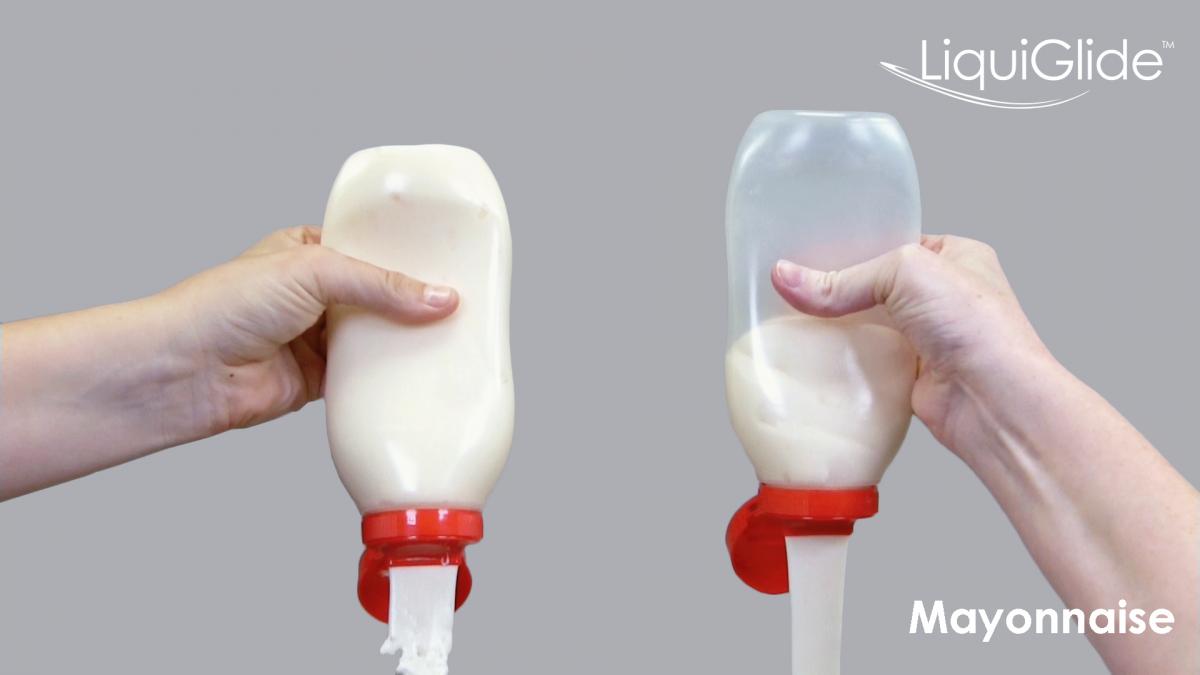 In an interview with Lux Research Associate Anthony Schiavo, PlasticsToday learned that these ‘smart’ coatings can be applied to a number of substrates including plastics. One of the most promising coatings is liquid-infused coatings, which, Schiavo notes, have emerged on the back of low cost and positioned to impact packaging. Two main start-up companies are leading the way for applications using the liquid infused technology. LiquiGlide (Cambridge, MA), invented at the Varanasi Lab at MIT, is a slippery surface solution that makes a surface permanently wet. One new application is a plastic squeeze dispensing mayonnaise bottle.

Slips Technologies (Cambridge, MA) employs a similar technology, noting that “Nothing sticks to Slips.” The company announced its slippery coatings technology development last October, as well as a joint development venture with Basf Venture Capital (Fremont, CA) which led a $3 million Series A financing with a $1.5 million investment in Slips Technologies Inc. Swiss entrepreneur and private investor Hansjorg Wyss also participated in the financing, according to a news release from Basf.

Slips Technologies develops customized, highly-repellent slippery surfaces for customers in all industries including energy, packaging, consumer, automotive and environmental. The company’s ground-breaking technology platform was created by Prof. Joanna Aizenberg and her team at the Wyss Institute for Biologically Inspired Engineering in Cambridge, MA, and the Harvard University School of Engineering and Applied Sciences in Cambridge, MA.

Slips Technologies and Basf also signed a joint development agreement to develop Slips-coated thermoplastics with primary focus on thermoplastic polyurethanes (TPUs) used in a variety of applications such as sports and leisure footwear, industrial cables as well as specialty films. “By collaborating with SLIPS Technologies, we will develop and commercialize TPUs with new and exciting properties,” said Steve Fischer, Director of New Market & Products, Performance Materials division at Basf.

Other liquid infused coatings that will prove to be winners as development evolves are sensing and dynamic coatings. Sensing coatings are being developed to be sensitive to Ph changes, which can have an impact on food containers. “Food packaging can have a coating offering a protective or sealing role but also be able to monitor a change in the chemistry of the food,” said Schaivo. “One of the difficulties to overcome is that you want a coating to be reactive to something, but be inert otherwise. That’s why this is in the very early stages. The sensing technology can sometimes be at odds with the functionality of the protective coating. But I think its coming.”

Schaivo notes that liquid infused sensing coatings offer a lot of value. For example, consumers can look at a product on the shelf that has a coating that ensures the consumer that the product is fresh or not fresh.

“Right now it’s not cost effective and production methods are in the early stages,” says Schaivo.  “As the technology emerges it offers a compelling value. But it will be a matter of getting cheaper materials and cheaper production methods.”