Starlinger generates about €30 million in sales at K 2013

"The visitor quality during this year's K exhibition was extraordinarily high," said Starlinger Sales Director Herman Adrigan. "Most of the people who came to see us were experts from the respective industries - woven packaging production and plastics recycling - and knew what they wanted. And as always, also many long-time customers used the opportunity to come by and discuss current or future machinery investments."

With the multinational Starlinger sales staff and many of the Starlinger agents present at the booths in Hall 9 and Hall 16, plastic bag manufacturers and plastics recyclers from all over the world met with the company. 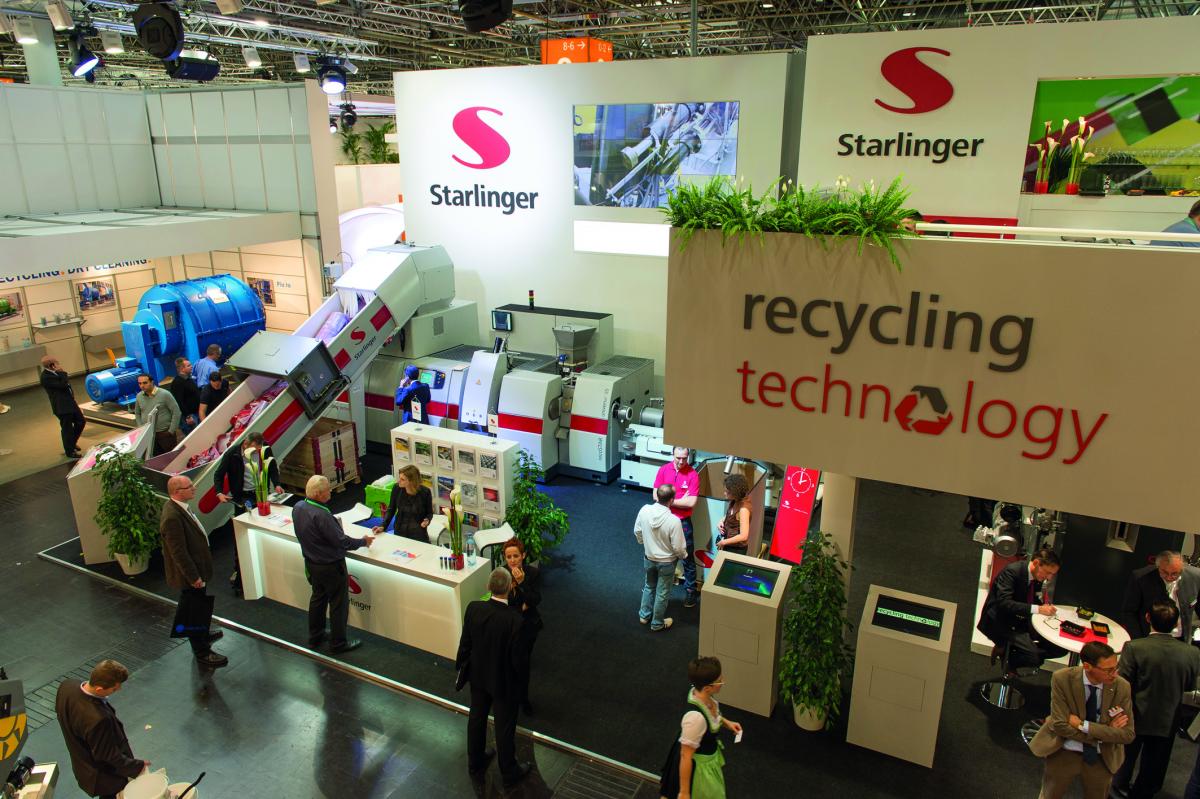 In Hall 9, Starlinger recycling technology had a recoSTAR universal C-VAC recycling line in operation. The newly developed C-VAC degassing module with improved capabilities for heavily printed or contaminated plastic scrap received "great feedback" from the industry, and the line was sold on-site to a Portuguese plastics recycling company. Two more lines for post-consumer and production scrap recycling were sold in the course of the exhibition.

In addition to the sale of the exhibited deCON decontamination dryer for rPET material, Starlinger viscotec also won an order for the new viscoSHEET PET sheet line that produces sheet out of up to 100  rPET with guaranteed IV levels.