Consumers confused by distinction between biobased and biodegradable plastics 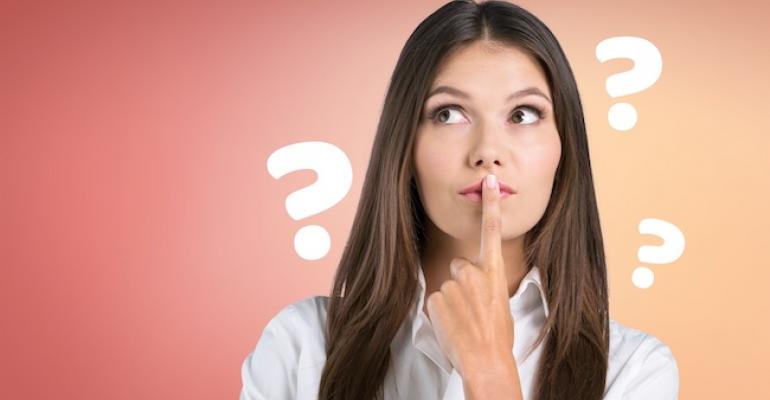 Two groups of materials are called bioplastics, although they are not necessarily identical: There are biodegradable plastics that can be composted, and biobased plastics that are made of renewable resources but are not biodegradable.

The difference between biobased and biodegradable plastics is confusing to the average consumer, to say the least. When I read a new report claiming that consumers are demanding “environmentally friendly” packaging, I had to wonder if they actually know what they are demanding.

The latest global survey commissioned by ING Research shows “consumer attitudes have reached a tipping point, leading them to avoid brands that don’t prioritize sustainability and environmental issues. Despite demanding change, customers will still engage in the linear ‘convenience economy’ model of ‘take, make and waste’ unless companies offer a more seamless transition toward the ‘circular economy,’” said the report, “Learning from consumers: How shifting demands are shaping companies’ circular economy transition.”

Consumers generally want the products they buy to be “environmentally friendly,” but many studies have shown that consumers won’t pay more for these products, and that consumers overall are not educated enough to know the various options being offered by brand owners. Many terms are bandied about that add to the confusion—biobased/bioplastics, biodegradable and compostable, recycled content and recyclable. These terms often are ambiguous.

For example, almost anything can be recycled in one way or another. But is it truly recyclable in a way that recovers the value of the material so that it is used in more products?

Compostabilty is a real conundrum: Where can a product be composted? How long will it take? Does compostable plastic really break down into actual soil, as some claim?

Terravive, a Richmond, VA–based startup founded by Julianna Keeling, promises to solve the world’s plastic waste problems by developing a class of polymers similar in function to polyethylene. Keeling’s research has resulted in a line of products that look like plastic, “but can break down in any natural environment the same way a leaf or orange peel would, hence the name Terravive from the Latin words for Earth and life.

Quoted in an article in American Innovation, Keeling said, “it’s all about the idea that the Earth can sustain itself. We use materials that have the ability break down in soil, so in your backyard, in an industrial compost, in a landfill, in the ocean, waterways—no matter where [the products] end up, as a consumer you can rest assured that [they] are going to break down cleanly and fully.”

That’s a big promise for a plastic-like material similar to polyethylene that has been proven to fragment—but not break down completely—in soil or other environments. It appears from the article that Terravive is a biobased plastic, or bioplastic, but as a recent market study from Ceresana notes, “bio” is not always compostable.

“Bioplastics can be used in a growing number of application areas,” explained Oliver Kutsch, CEO of Ceresana, who noted that polylactic acids, starch blends, cellulose and other bioplastics achieve significantly higher growth rates than conventional plastics made of mineral oils or natural gases. The report’s summary quickly points out, however, that “bio is not always compostable.”

“Two groups of materials are called bioplastics, although they are not necessarily identical: There are biodegradable plastics that can be composted, as well as bio-based plastics that are made of renewable resources but are not biodegradable. Biodegradable plastics, such as polylactic acids (PLAs) and polymers based on cornstarch, reached a market share of 56% of the total market for bioplastics in 2018. Ceresana predicts volume growth of 7.1% per year up until 2026 for this product group. Biobased plastics such as polyethylene, PET or PA made of sugar cane, which are not biodegradable, are expected to experience weaker growth, at 5.1% per year.

At the International Elastomer Conference in Cleveland last year, Ramani Narayan, distinguished professor at Michigan State University, stated in his keynote address that biobased and biodegradable are useless terms “unless people understand what they mean and how they work scientifically.” The keynote, “Biobased, biodegradable polymers may not be as eco-friendly as you think,” was reprinted in the Oct. 8, 2019, edition of Rubber & Plastics News.

“It is wrong, misleading and deceptive to use ‘biodegradable’ in an unqualified way,” Narayan said, noting that the “careless use of the term in advertising is forbidden by the Federal Trade Commission and the state of California,” which “fined Amazon $1.5 million for advertising bogus ‘biodegradable’ products on its website.”

Narayan then explained that “biobased signifies whether the carbon content in any substance comes from organic sources, such as plants and agricultural sources, rather than fossil sources such as oil and coal.” A product promoted as “biobased” doesn’t make it “biodegradable,” according to Narayan. “Biobased addresses a product’s origins, while ‘biodegradable’ addresses end-of-life issues,” he said. “One does not equate the other.”

“Biodegradability is as complex as the types of polymer chemistry and types of microbes that degrade the polymer chemistry,” explained Salvatore Monte, President of Kenrich Petrochemicals Inc. (Bayonne, NJ), a producer of coupling agents, plasticizers and specialty chemicals.

“In my opinion,” Monte added in his comments to PlasticsToday, “you only want to make a plastic that biodegrades anaerobically under controlled landfill conditions (ASTM D5526: No sunlight, no oxygen, more than 40% water) because otherwise the plastic is a contaminant for recycling.”

The Mega announcement is the second product that Mattel has introduced as part of its recently announced goal to achieve 100% recycled, recyclable or bio-based plastic materials in both its products and packaging by 2030.

Lego also plans to increase its use of plastics made from renewable raw materials in its building bricks, according to numerous media sources.

A white paper produced by BASF, “Searching for New Biobased Raw Materials for Industry,” notes that there are two phrases that consumers come across time and again when it comes to bioplastic: biobased and biodegradable. “Biobased is made from renewable raw materials but is not necessarily biodegradable. It can even be just as long-lasting as conventional plastic,” said BASF. “On the other hand, plastic made from crude oil or natural gas can be biodegradable.

“We are seeing growing demand for biobased products, which we are addressing with new technologies and innovations,” said Carsten Sieden, PhD, head of BASF’s white biotechnology research unit. “At the same time, we are expanding our portfolio of biodegradable materials.”

As noted above in Ceresana’s report, BASF explains that “bioplastics still represent a small slice of the market . . . less than one percent of the 300 million metric tons of plastics produced worldwide each year.” But according to market data from industry association European Bioplastics, this figure should rise sharply in the coming years. The global production capacity of around two million metric tons in 2015 was projected to “nearly quadruple by 2019 to about 7.8 million metric tons” . . . with “the lion’s share (around 80%) consisting of bioplastics that are made from biobased raw materials but are not biodegradable or compostable.”

It would seem that consumers almost need a PhD in polymer chemistry to understand the true meaning of biobased and biodegradability and to determine what brand owners are bringing to the table when they promote their products or packaging as being truly beneficial for the environment. Otherwise, just putting the words on the packaging or product brings more confusion and doesn’t do the plastics industry—or the planet—any good.

Why the Plastics Industry Should Embrace Carbon Accounting
Sep 30, 2022