Rushing Toward the Sustainability Cliff 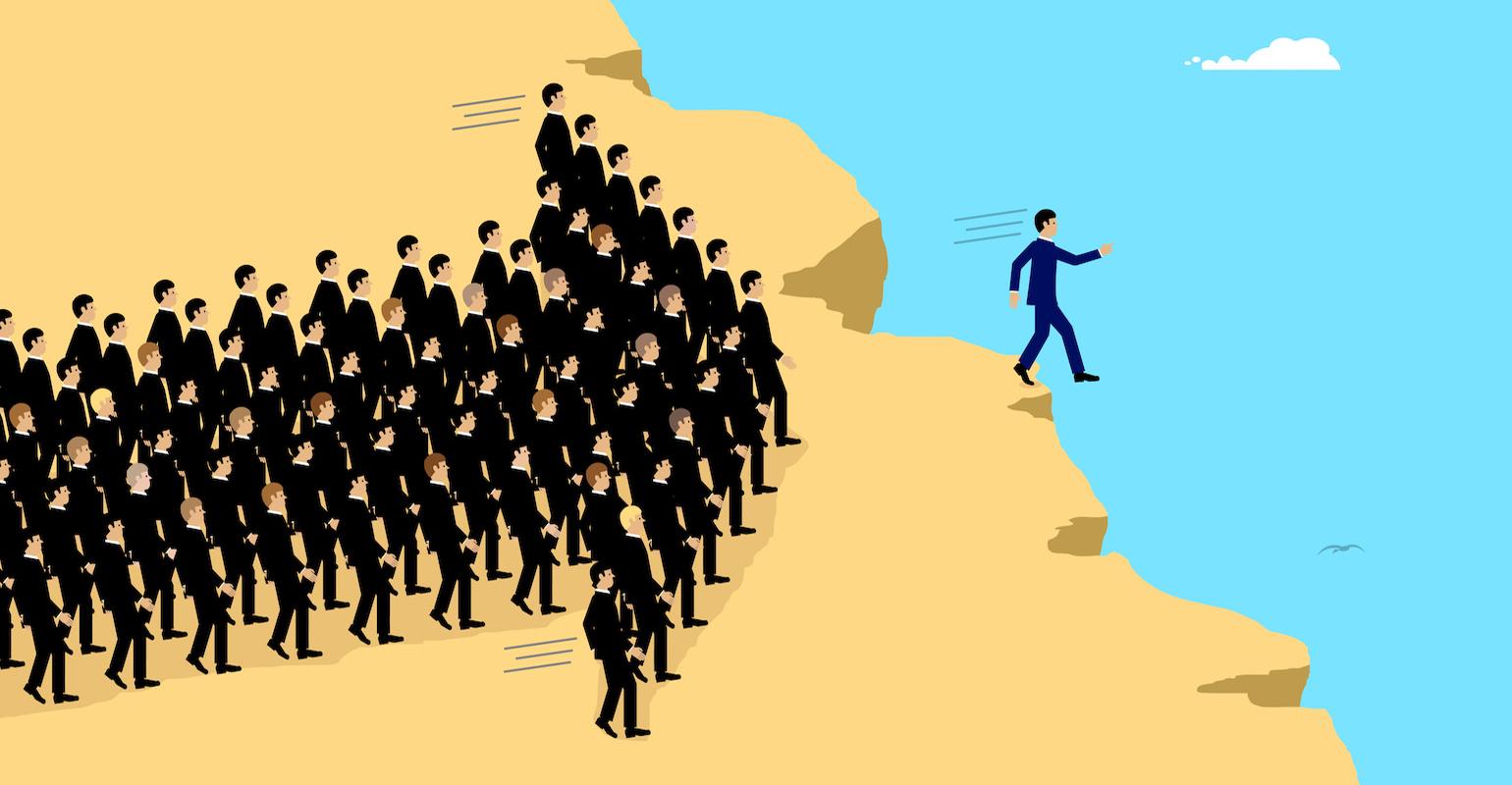 The drive to eliminate fossil fuels is having unintended consequences, with some industries and companies guilty of greenwashing, at best, and fraud, at worst.

As the world rushes toward the sustainability cliff, which companies will be the first to fall off the precipice? The drive to eliminate fossil fuels — which do not really come from fossils but are derived from ancient biomass, making oil and natural gas a form of biofuel — is having a number of unintended consequences, including making industries, such as chemical recycling and biofuels, susceptible to allegations of greenwashing, at best, and fraud, at worst.

On Oct 20, two biofuel company owners were sentenced to prison for conspiracy and making false statements to the US Environmental Protection Agency (EPA) and conspiracy to defraud the IRS and preparing a false tax claim. US District Judge John E. Jones III sentenced Ben Wootton, 55, of Savannah, GA, to 70 months and Race Miner, 51, of Marco Island, FL, to 66 months after a jury convicted both defendants and their Pennsylvania-based company, Keystone Biofuels Inc., in April 2019, according to the Department of Justice (DoJ) Office of Public Affairs.

Wootton, Miner, and Keystone falsely represented that they were able to produce a fuel meeting requirements set by the American Society for Testing and Materials (ASTM) for biodiesel and adopted by the EPA. As such, they were entitled to create renewable fuel credits, known as RINs, based on each gallon of renewable fuel produced, said the DoJ. The two men were also convicted of fraudulently claiming federal tax refunds based on IRS’s Biofuel Mixture Credit, a type of “blender’s credit” for persons or businesses that mix biodiesel with diesel fuel and use or sell the mixture as a fuel. Wootton and Miner caused Keystone to fraudulently claim tax refunds based on non-qualifying fuel and, in at least some instances, non-existent or non-mixed fuel. In an attempt to hide their scheme, the men created false corporate books and records and sham financial transactions to account for the non-existent and non-qualifying fuel and to create the appearance of legitimacy, said the DoJ.

“The complex fraud perpetrated by the defendants in this case struck at the heart of a government program that was specifically created to benefit the environment, business owners, and the community at large,” said US Attorney David J. Freed of the Middle District of Pennsylvania. “Encouraging companies to develop and provide for safe, clean renewable fuels is truly a win-win proposition for everyone. Unfortunately, the defendants used this program to benefit only themselves. Today’s sentences send a clear message that my office, our federal partners, and the United States Department of Justice will not tolerate renewable fuels fraud and related offenses.”

The Principle Deputy Assistant Attorney General Jonathan D. Brightbill of the DoJ’s Environment and Natural Resources Division said, “Today’s sentences are a strong reminder that the federal government will not allow supposed ‘green’ con men to illegally take advantage of federal and state programs that are meant to offer financial incentives to enhance the environment and energy sustainability.”

Finland-based Neste Oij, a company that owns and operates Europe’s biggest biodiesel plant in the port of Rotterdam, Netherlands, was accused in a Nov. 5 study produced by Profundo of it and its suppliers being involved in serious sustainability violations, such as deforestation, fires, peat destruction, and community and labor rights violations. The report was commissioned by Milieudefensie. This is the second time over the past six months that Neste has been criticized for its use of palm oil and palm fatty acid distillate (PFAD) as a renewable raw material.

Neste responded by saying that “biofuels remain one of the key means to reduce fossil oil used to combat the climate crisis. In Europe, all fuels sold as biofuels are required to provide at least 50% smaller greenhouse gas emissions over the lifetime of the fuel than those resulting from fossil-fuel use. This applies to all biofuels in Europe, no matter which raw materials are used.”

In addition to biodiesel and jet fuels, Neste also manufactures Neste RE, a plastic raw material made entirely out of renewable and recycled materials. Neste’s focus is on “waste and residue raw materials” and it “works toward increasing their share from the current 80% to 100% of all renewable raw material inputs by 2025,” which means the use of vegetable oils, palm oil included, would be replaced entirely by waste and residue.

“In recent years, Neste has continued to use palm oil due to preferences in some markets,” said Neste’s response, noting that its plantation-based palm oil is traceable and represents less than 20% of the company’s annual renewable raw material inputs.

On Nov. 5, Neste responded to the Profundo report, saying that while it has not been able to “thoroughly familiarize” itself with the full report, a “quick review” would seem to “highlight some cases that have already been investigated and closed as the companies were not found to have been involved in the claimed actions.”

Neste also emphasized, “We are committed to sourcing sustainably-produced raw materials which always meet market-specific legal requirements. All our contracts with renewable raw material suppliers include strict terms on sustainability, e.g. commitments to sustainability, protecting biodiversity, and respect of human rights are requirements that must be met before a contract is signed.

The Profundo report made several recommendations to Neste, including that it “stop the use of palm oil, PFAD, and other vegetable oils for biofuels and to disclose the feedstocks used in each individual production plant. The report also recommended that the European Commission seize the review of the Renewable Energy Directive (RED) II, a set of policy measures to achieve a 27% renewable energy share from energy consumed by the electricity, heating and cooling, and transportation sectors by 2030; and to phase out food and feed crop-based biofuels.

Neste’s response to the report stated that if the “sustainability criteria and requirements included in our contracts with our suppliers have been verifiably breached and the nature of these is considered serious and progress to resolve those issues is not made in a reasonable time, we will terminate our contract with the supplier in question – which we have done also in the past.”

In my opinion, the promise of biofuels to reduce so-called fossil-fuel energy has not lived up to the hype. Given that fossil fuels are actually made from ancient biomass, oil and natural gas for energy (also used in the production of plastics) as well as coal should also be considered “renewable.” The continued hunt for the Holy Grail of sources for energy and plastics is resulting in the unintended consequences of deforestation, including forests being cut for wood chip fuel, without the benefit of any reduction in CO2 — the percentage of total atmospheric gases (0.04%) has not increased in recent history. This continued pursuit to rid the world of plastics and reduce CO2 in the atmosphere has also created another atmosphere, one that is ripe for all types of fraud, broken promises, and money lost by investors as well as cities and states that buy into these promises.

The whole thing looks like a snipe hunt to me. (Look that one up on the internet.)