Twenty Companies Produce More than Half of the World’s Plastic Waste, Claims Report 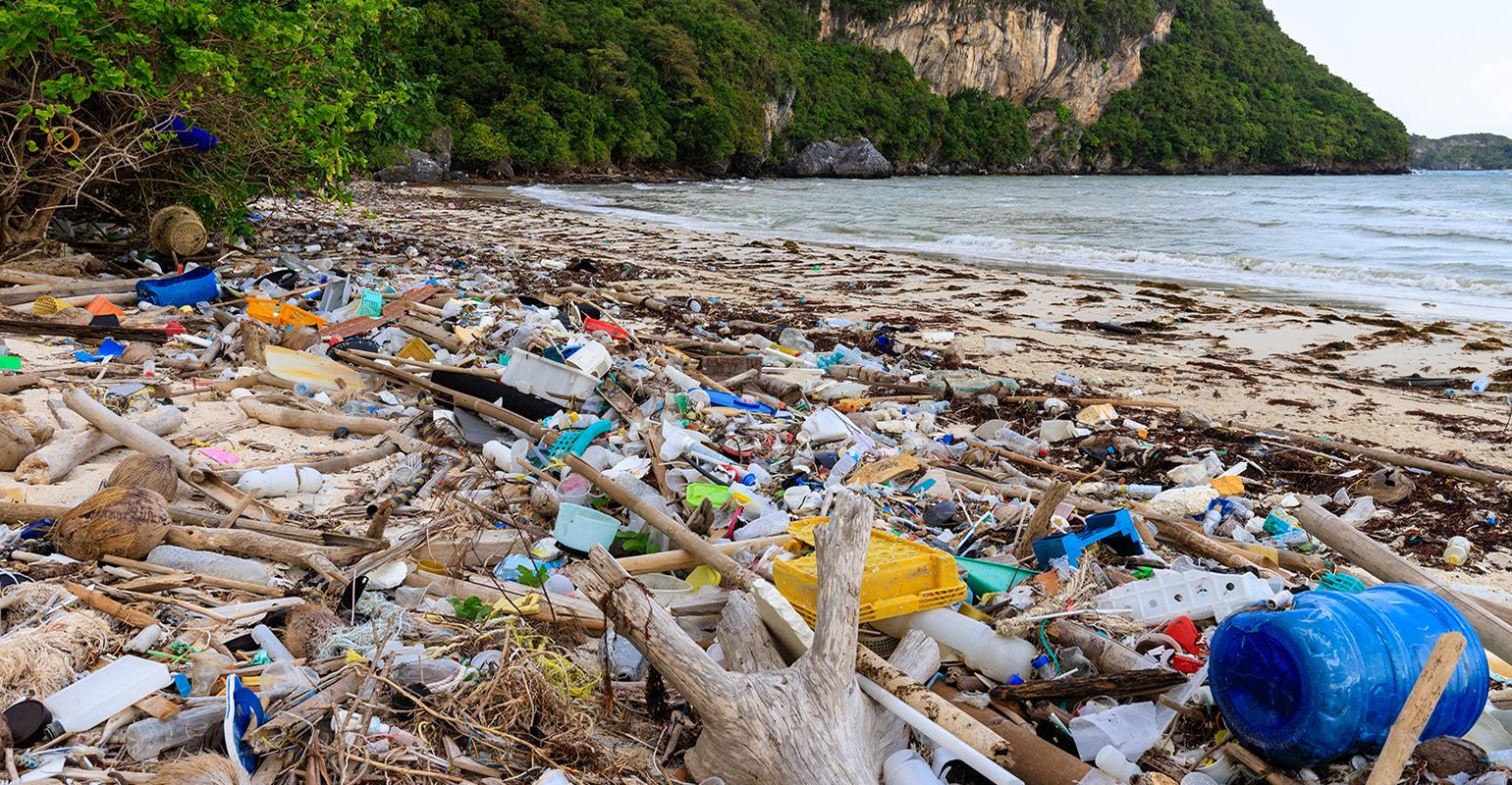 ExxonMobil, Dow Chemical, and Sinopec are the worst polluters, according to the report spearheaded by the Minderoo Foundation of Australia.

Apparently, just 20 companies produce 55% of the world’s plastic waste, and ExxonMobil is the greatest offender. That’s one of the claims made by a study, “The Plastic Waste Makers,” produced by the Minderoo Foundation of Australia in conjunction with partners Wood Mackenzie, the London School of Economics, and Stockholm Environment Institute, among others.

ExxonMobil, the study declared, is the greatest single-use plastic waste polluter in the world, contributing 5.9 tonnes to the global waste mountain. I always thought that companies such as ExxonMobil produced oil and gas products, such as fuel for vehicles, as well as a variety of chemicals used in automotive coolants, packaging, agricultural film, building and construction materials, and clothing. Dow Chemical reportedly creates 5.5 million tonnes of plastic waste, while China’s Sinopec produces 5.3 million tonnes. I had absolutely no idea these companies produced plastic waste!

Australia leads countries in the amount of single-use-plastic waste generated per person in 2019 at 59 kg. The United States comes in second at 53 kg. Wow, and there are a lot fewer people in Australia than in the United States. Those Aussies must be really messy people.

Lest we forget how this works, companies don’t produce plastic waste. They manufacture products that people purchase or the packaging that holds those products. It’s actually people that produce plastic waste, so let’s assign blame where it rightly belongs. This study, like so many others, points the finger at manufacturers of products that end up in the hands of people who then decide what to do with them — throw them into the environment or put them in a recycling bin or at least in a waste-to-energy bin or, as a last resort, a trash bin bound for landfill.

It’s like saying that automotive companies are responsible for accidents because they manufacture the means for people to run red lights or speed recklessly down the highway while drunk. So, maybe we had better start making the automotive companies pay for our vehicle crashes. I mean, did you ever hear of a horse-and-buggy wreck? Well, maybe back in Amish country. . . .

The Plastics Industry Association (PLASTICS) posts some great information on its This is Plastics website, reminding us just how critical plastics are to our world, something the Minderoo report neglects. “The report also ignores how plastics’ versatility helps the developing world gain access to better and longer-lasting food products, offers cheaper and more durable building materials, and reduces emissions to help reach clean energy goals,” said PLASTICS. “In addition, plastics are a more affordable, lighter alternative to traditional materials like glass and metal, making [products] more financially accessible for those living on a budget and lighter to transport between purchase location and home for those who live further away from city centers.”

Plastic has a smaller environmental impact than alternative materials

The report also dings the industry for not focusing on recycling, but, as PLASTICS points out, the industry “has already made strides to encourage and invest in the reuse and recycling of plastic products to ensure a circular economy is within reach. Any suggestion that common plastics substitutes like paper, glass, and aluminum are better for the environment is false. In fact, replacing single-use plastics with alternative packaging would result in environmental costs four times greater than currently exist,” writes PLASTICS.

Plastics are a better alternative than paper, which has become something of a trend — i.e., “paper” bottles — but look at what paper requires! Lots of trees must be cut down and chopped up, releasing tons of CO2 (forests are a great carbon sink because CO2 is tree food). Then the trees must be replaced by new trees that take many years and lots of water to grow. Paper processing plants need a lot of water also, and that resource is becoming ever more valuable with its increasing scarcity.

PLASTICS noted that according to an October 2020 report by Shelie Miller, Director of the Program in the Environment for the University of Michigan, “reusable alternatives actually require more material than single-use options and generally use more energy to produce. Reusable products are rarely reused enough to offset the environmental impact created by the additional materials and energy required to make them.”

In North America, PLASTICS noted that even with a “robust” plastics manufacturing industry, less than 3% of plastics is mismanaged in the United States and less than 1% in Canada. “This is due to complex and responsible waste management and recycling systems that ensure that all plastic stays out of our waterways and environment,” said PLASTICS.

Largest 10 rivers in Asia account for 90% of ocean plastics

Globally, it is estimated that 90% of plastic waste in the Pacific Ocean, where much of the plastic waste resides, comes from China and other Southeast Asian countries. “According to a report by the United Nations, the largest 10 rivers in Asia are responsible for 90% of global plastic waste flows entering the ocean.” In China and Saudi Arabia, “products are more likely to end up in the environment,” commented PLASTICS. The major factor is the dire lack of waste management infrastructure in developing countries. Eleven of the 20 companies cited by Minderoo as the largest plastic polluters are based in Asia; four are in Europe; three in North America; one in Latin America; and one in the Middle East.

The Minderoo report also blames financial institutions for plastic waste in the environment, because banks and other financial firms support companies that make plastics. The Minderoo Foundation wants petrochemicals companies to be required to disclose their “plastic waste footprint” and “commit to transitioning away from fossil fuel toward a circular model of plastic production.” Minderoo also calls for banks and investors to “shift capital, investments, and finance away from companies producing new fossil fuel-based plastic production to companies using recycled plastic feedstocks.” The total value of loans by entity, adjusted for share of business, for single-use plastics production include Barclays ($3.1 billion), HSBC ($3.1 billion), Bank of America ($2.9 billion), Citigroup ($2.8 billion), and JPMorgan Chase ($2.7 billion). These are the top five out of 10 named in the report.

These foundations must realize that demand for plastics from manufacturing far and away exceeds the amount of recycled materials that can be produced. While many recycling facilities — both mechanical and advanced/chemical recycling firms — could recycle a whole lot more material than they currently do, they face challenges. They are, first, to get their hands on the waste material by ensuring that consumers put their plastic waste where it can be collected and taken to a recycling facility and, second, getting clean recyclate. The latter is key to making sellable recycled material that can be mixed with virgin material or to enable 100% recycled products.

The Minderoo report calls for further regulations and governmental policies to curb plastics in the environment by curtailing production of single-use plastics. It even praises advanced recycling investments as a way to increase recycling. However, what the report does not recognize is that any of the some 40 companies touting advanced/chemical recycling are years away from making a significant dent in plastic waste. Reports that have appeared in PlasticsToday over the past year show the difficulties many of these companies are having in getting this technology off the ground and scaling it to a significant degree.

“Plastic pollution is one of the greatest and most critical threats facing our planet,” said Dr. Andrew Forrest AO, Chairman of the Minderoo Foundation. “The current outlook is set to get worse and we simply cannot allow these producers of fossil fuel-derived plastics to continue as they have done without check. With our oceans choking and plastic impacting our health, we need to see firm intervention from producers, governments, and the world of finance to break the cycle of inaction.”

The Plastics Industry Association responds that "this biased study — funded by the iron ore industry — simply does not pass the smell test. Objective study after objective study has made clear that plastic has lower greenhouse-gas emissions when compared to alternative materials across a variety of applications. Suggesting the banning or elimination of specific products or applications without understanding the full lifecycle impact of the alternatives to plastic is irresponsible and could have unintended adverse environmental consequences, such as higher greenhouse-gas emissions and increased energy and water use. The real focus should be on working toward a circular economy by improving our insufficient waste-management infrastructure rather than demonizing a material that improves our daily lives.”