There have been a few blogs on the problems with implementing Scientific Molding, the resistance to which has been called Pushback. When I teach it's a common problem. When the folks believe in what is taught it's a force multiplier - things get done more efficiently, profits go up, and costs go down. Pushback comes from multiple causes.

There have been a few blogs on the problems with implementing Scientific Molding, the resistance to which has been called Pushback. When I teach it's a common problem. When the folks believe in what is taught it's a force multiplier - things get done more efficiently, profits go up, and costs go down. Pushback comes from multiple causes.

Cause #1 - Who was trained
Training seminars go from $250 to as high as $2000 or more (when including the tuition and travel expenses). The price of the seminar is inversely proportional to who is sent. When talking high prices, companies tend to send 'select' people - usually meaning one. Many times this is not viewed as a learning experience, but more of a perk - travel, party, and attend the class. It would be nice if the attendee was required to spend the next two weeks on the production floor teaching what he learned. But that is rarely the case. 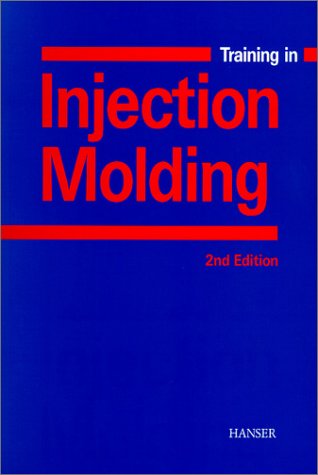 The reason people get higher education is it's an investment. It should be the student's goal to take the skills learned and not only apply them but teach others as well. If what was learned was good, the cost of the education will pay for itself many times over. However, did you send the 'teacher' to learn? (see cause #2)

Cause #2 - Training the trainer
It is almost impossible to be able to observe who in your plant is best equipped and talented enough to teach others. The most experienced guy, or the Engineer or the 'fair haired boy' are the one who is sent. It's a common bigotry to assume a degree or job title will make the individual a good teacher. Surprisingly this talent is usually found on the production floor and not in the engineering office. Folks in production have a vested interest in making their jobs easier and more productive.

For the cost of sending two people to a $2000 seminar, you could train16 people at a $250 seminar. When looking at who would be best at implementing what was taught in a Scientific Molding seminar there is a far better chance with 16 people than two. The best trainers are the ones who can not only apply what they learned but also explain it to others in easy-to-understand terms. You'd be surprised where you find this talent.

Cause #3 - 'What's in it for me?'
The worst Generic Excuse that causes pushback is, "We always did it that way." It is highly tempting to start out countering this excuse with, "Yeah, but it's wrong." And it isn't surprising then, when an engineer tries to tell this to a tech who's old enough to be his father, that he gets pushback. The new way can be perceived with the enthusiasm of embracing the 'one minute manager', 'zero defects', 'coaching to success' or 'TQC' philosophies that are fads and to be endured until the next College Professor or consultant who has never got grease under his fingernails or ruined a shirt on the production floor writes a book and goes on the lecture circuit. If the situation devolves into, "You wouldn't understand the theory anyway because you don't have a degree," the attempted change is usually met with passive resistance, i.e. pushback.

There is no bigger believer than someone who has 'seen the light' and changed his ways. The object of whomever went to the seminar is to teach those who didn't go. The only way to resolve the pushback problem is to prove the new way; keeping in mind the trainer had better be able to do it himself AND explain it in practical terms, before he tries to teach others. Take the individuals who are resisting and ask them to do a fair, side-by-side comparison:

Step One - Set the mold the 'old way', start the process and run the parts; keeping track of all the time spent from the time you set the mold to the time you've finished pulling it. Look at the amount of scrap and time the tech spent 'dialing the process in.' Calculate the cost of everything.

Step Two - With the tech beside you, do the same thing, but this time applying what you learned. Collect the same data and costs.

Step Three - If it was a fair comparison and the instructor was a good enough teacher, you can now show the person who was pushing back which method was in his own best interest. Point out that shorter runs, less scrap, and efficient processing not only make more profit for the company, but also make for less work for the techs. Now give him a choice: would he rather run around the shop all day putting out fires or be recognized as one of the Guru's of the production floor?

I ran a molding operation with 20 machines, 24/7. The smallest press was 75 tons, while the largest was 450. We did it with 20 people. The production folks were playing cards and reading magazines a lot of the time. When my boss would come storming into my office screaming about why nobody was on the floor, and they were all sitting around 'goofing off'; my answer was simple; "Everything is running at or faster than standard, we count our scrap in parts per ten thousand, we haven't missed a shipping date in six months, all setups are done in less than 45 minutes from mold hang to good parts." Since I'd justified more than 42 people in the department and did it with a less than half that number, he could only bluster out and find another manager to yell at.

Here's how I did it: Everyone was trained in Scientific Molding, and they all believed it. All machines were tested and certified as being robust. When nothing was wrong, people didn't even try to look busy. If the shop was messy or something was drifting out of spec; nobody was sitting. Everybody was constantly competing to have the perfect run as though they owned the company themselves. If somebody didn't get it right, the others would help educate him. It took a year to implement this, but the payback in training the trainers was worth it. By eliminating pushback, those who converted to 'the new way' were force multipliers to everyone else. Profits went up, costs went down.

Technical training is easy, learning however requires motivation. People will not change because you force them to, they'll change when they see something in it for them. Convincing people there is a better way is a completely different talent than simply holding a class.

Thought to remember: You can lead a horse to water. Then you can drown the nag.

ABOUT THE AUTHOR: Bill Tobin is president of WJT ASSOCIATES and an internationally recognized trainer, offering practical low-cost seminars. For more information go to wjtassociates.com