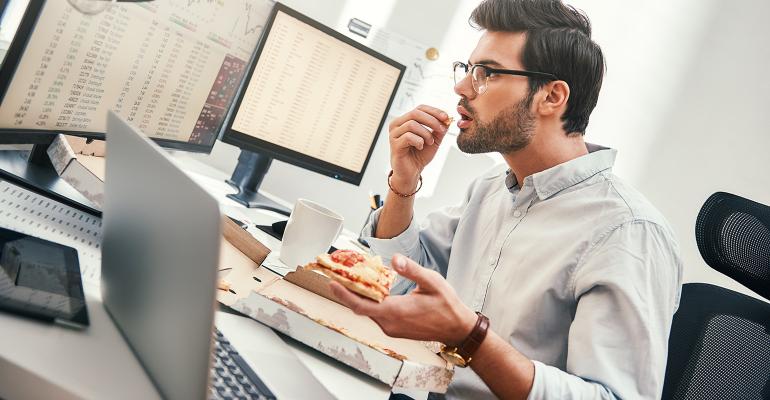 A rise in spot polymer-grade propylene costs could spark a polypropylene contract increase in the vicinity of $0.10/lb, according to PlasticsExchange analysts.

The spot resin markets were a bit slower than expected in week two of the new year, as demand slumped after the aggressive start to 2023, reports the PlasticsExchange in its Market Update. Still, spot resin prices moved another $0.01 to 0.03/lb higher, as spot monomer continued to rally.

Polypropylene (PP) activity was still busy, but there was a lack of buyer enthusiasm for polyethylene (PE), which had sapped some of the burgeoning upward pricing momentum. While there was a steady flow of buyer inquiries at the Chicago-based resin clearinghouse, some deals that seemed likely simply did not find completion. The flow of resin offers also was light. Prime domestic railcars mostly remained absent from the spot market, though several groups of off-grade PE and PP were made available late in the week at higher prices. The significantly reduced resin production rates in place since September have brought about an appreciable lack of supply. This issue would be even more apparent if demand were not lackluster.

Aside from the more energetic PP buying, another bright spot was in the export market, which saw substantial buying interest coming from China as their borders re-opened, welcoming tourists and business again. Latin American demand for US resin has also increased because of minimal offers, and at higher prices, from Asian suppliers, supported by rising Asian feedstock costs and local demand. Exports were also aided by the falling value of the US dollar. Much of the startup and transitional resin coming from Gulf area reactors that were affected by winter storm Elliott in late December found happy homes offshore to the delight of producers, keeping the material off the domestic spot market. Increased export demand at rising prices has raised the floor for good off-grade and prime resin in Houston, too, providing suppliers with options other than low-ball domestic bids. This encouraged sellers’ more passive stance, which first became notable about six weeks ago. The PlasticsExchange notes that it expects to see a lull in demand from Asia the next couple of weeks, just ahead of and during Chinese New Year.

Spot PE trading this past week left something to be desired. While exports have turned even hotter, domestic trading activity was lighter than it might have been considering two force majeure declarations, which mostly affected high-density (HD) PE resins, particularly low-flow blow molding and extrusion-grade materials.

At a minimum, spot PE prices held their recent gains, while HDPE prices jumped as much as $0.03/lb this past week. Some market participants were still returning from the holidays, which could explain some of the lax demand, and it was late in the week before off-grade PE railcars offers began to flow in greater volume; prices were $0.02 to 0.03/lb higher compared to several weeks ago. With another month of reduced resin reactor rates under producers’ belts, another huge corresponding inventory drawdown in December, solid export demand providing producers with incremental options for spot supply, and as much as an $0.08/lb price increase nominated for January, it’s really no surprise that prime railcars remained mostly elusive in the spot market, according to the PlasticsExchange. Limited volumes of domestic Prime PE cars were made available from distributors’ forecasts but firmly priced up the January increase, at least for now.

While all PE data have yet to be released by the American Chemistry Council (ACC) — those seeking actual figures should subscribe directly with the ACC — currently available preliminary December data show another month of significantly reduced PE production, massive exports that could set a new record, and another huge drawdown in producer inventories.

HDPE production was the lightest in 15 months and exports were the highest since May 2020. While domestic buyers procured the least amount of HDPE since May 2020, it still generated the largest inventory drawdown since the Houston freeze of February 2021, which sent HDPE prices soaring to all-time highs. After five months of sharp inventory drawdowns, January 2023 began with producers’ collective inventories at the lowest level since May 2021, just as producers were rebuilding post-freeze inventories. Although HDPE supply/demand dynamics are now categorically tight, the PlasticsExchange does not expect to see similar runaway pricing, as there is plenty of capacity that can return online by producers. However, it does seem that after three months of domestic HDPE sales running an average of 10% below the previous 12-month average, downstream inventories at the processor level are quite low, the supply/demand dynamic has turned outright bullish, and the tipping point has been reached, at least for HDPE. After a very long down leg of the pricing cycle, pricing power is likely returning back into the hands of producers.

The spot PP market saw good activity, but not stellar considering significantly reduced production including two outstanding force majeure declarations, shrinking spot supplies, and rapidly rising monomer costs. According to preliminary data released by the ACC, PP production remained curtailed through the end of 2022: Reactors only ran around two-thirds of capacity in December, and it was the fourth consecutive month below three-quarters capacity. However, domestic PP sales continued to lag in December: It was the lowest since February 2014, and sales these past four months averaged more than 10% below the previous 12-month average. We have rarely seen such poor domestic sales extend for four straight months, writes the PlasticsExchange in its Market Update. Some of the slack demand can be attributed to slow throughput caused by poor consumer demand, though much of the reduced purchases were also a result of processors’ efforts to draw down both their finished goods and on-hand resin inventories. Export sales remained strong throughout Q4: They tallied roughly twice the trailing 12-month average and averaged around 5% of total PP sales. All told, producers’ collective PP inventories were reduced by more than 20% during Q4, but technically still remain ample compared with domestic demand.

As we entered 2023, it seemed that domestic processors might have been caught short due to lack of purchases and would need to return to the market to replenish their resin stocks. However, as the calendar turned to January, spot polymer-grade propylene (PGP) costs took off, finishing at $0.395/lb the week of Jan. 9, which points to an imminently sharp contract increase in the vicinity of $0.10/lb.

With PGP prices rapidly rising and no telling whether they will accelerate further in January, contract buyers face a quandary: There is a need to buy, but midway through the month, their ultimate January contract price is unknown and the current projected cost-push dime alone is already a tough pill to swallow. The forward PGP curve shows that supplies related to propane dehydrogenation (PDH) production disruptions may last though February and into March, and delays are always possible. Some PP buyers will try to wait out this run-up in price, in hopes that it will subside before their silos are empty, while savvy buyers have already rushed to the spot market to scoop up the well-priced resin that remains.

While spot PP sales have improved, the PlasticsExchange notes that there is still relatively sharp-priced resin available. Suppliers eager for orders have been willing to deal, though their cheaper supplies have been dwindling and replacement costs have clearly been rising. If the pending January cost-push price increase were only a few cents, the pain would be easier to accept, but a dime could be too much too fast, so ultimate contract demand might remain off stride again in January, and domestic demand would pent up further. In addition to the pending cost-push price increase, PP producers have nominated a $0.03/lb margin expansion, which could offset or negate the $0.03/lb margin decrease buyers sought in December.