Plastics and packaging 1 on 1 with Dow Chemical Part 1 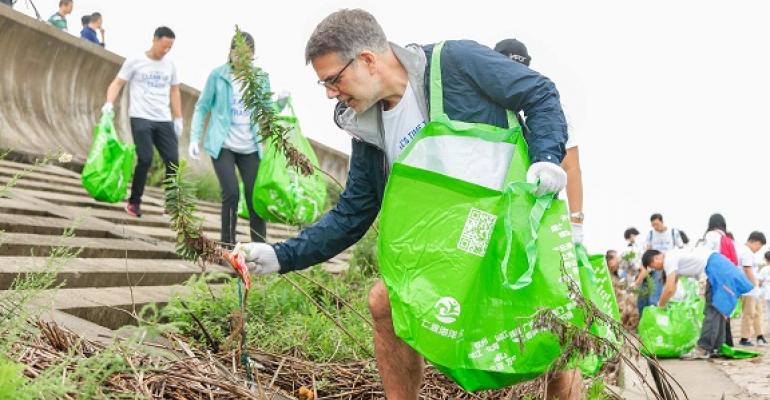 PlasticsToday recently sat across the table from Nathan Wiker of Dow Chemical Co. (Midland, MI), the company’s Global Market Lead and North America Group Marketing Director, for a 30-minute discussion around emerging developments in plastics and packaging centered on the company’s increased activity in sustainability aligned with a circular economy.

What’s most important for our audience to know about what's happening at Dow?

Nathan Wiker: I’ll start with some of the things we highlighted at Pack Expo in October, and first and foremost that’s sustainability. It’s become an even bigger focus for us as it has been for many years through programs like our Hefty EnergyBag Program. That’s active now with a few cities collecting 153 tons of previously non-recycled plastics that are now being reused.

We’ve discussed RecycleReady in the past, where we partnered with the Sustainable Packaging Coalition (SPC) to convert mono material into recyclable pouches that were previously non-recyclable.

Pressure on the lifecycle of plastics is going to ramp up and that’s something we continue to focus on. We launched the #PullingOurWeight initiative (shown) where we tried to mobilize not just Dow employees, but really the industry to really think about the life of plastics and then do something about it. Nearly 4,500 Dow employees came out for that event which was held this fall at more than 56 locations worldwide, which is the largest single turnout of volunteers we’ve ever had at Dow for something like this. That was so amazing, as were the results when almost 54,000 pounds of plastic and related waste were collected by employees. We set a goal of four pounds per person because that’s the average amount of waste every human generates daily.

But it doesn’t stop here, obviously. This is just a single moment, but we really want to start a movement where the industry really takes ownership and does more.

Would you characterize Dow’s strategy as reactive to the market or is the company moving to be more proactive?

Wiker: It’s certainly both. Like RecycleReady, this is a clear market need that we’re hearing from the value chain. People want their packaging to be more recyclable. Some of these programs are working with our industry partners to solve challenges that we realize are important to our industry.  So that’s more of the proactive-ness. Another example of the proactive-ness and our increased focus here, especially from a business perspective where Dow has been focused on advocacy for a long time and from a business perspective, we’ve installed two new recycling directors for the Americas and also for Europe, Middle East and Africa. These are senior-level leaders that are really going to be focused on looking at different recycling models to monetize sustainability, but also solve some of these challenges that we see.

Who are your partners and where are they in the supply chain?

Wiker: They are from all aspects. We had partners from the converting side with Reynolds Consumer Products (Lake Forest, IL) for the Hefty EnergyBag partnership. We had a MERF that helped us bring that to market. With the RecycleReady program, the Sustainable Packaging Coalition (Charlottesville, VA) is incredibly important.

Then there’s Materials Recovery for the Future (Washington, D.C.) that looks across the entire value chain, from brand owners to converters, and making sure that we’re all aligned—and that’s the future. This issue is not going to be solved by one member of the value chain tackling it, it’s going to take all of us to come together. And that’s what we’re focused on—building stronger and even bigger coalitions to really make recycling a priority.

There’s a lot of bad press surrounding ocean waste. What would you consider the biggest challenge associated with that?

Wiker: It really is a challenge continuum in the different regions. In Asia Pacific, where almost all of the plastic is entering the ocean [various sources put it at around 85%], the problem is due to a lack of infrastructure. If the waste isn’t picked up, it can’t be recycled. In Asia Pacific and in Latin America our efforts are going to be focused on projects that prevent waste from entering the ocean.

In the western world of North America and Western Europe the focus is going to be on upgrading the infrastructure and creating end uses for those recycled plastics.

It’s not a one size fits all. We have to stop the flow of plastic into the ocean before we can upgrade that plastic. In U.S. and Western Europe where the waste going into the ocean is relatively miniscule, the efforts are about keeping it out of the landfill and using it more effectively.

In Asia Pacific we have various projects going, trying to reuse waste in roads and other better uses for it and work with industry coalitions that haven’t been strong in Asia Pacific to solve some of these infrastructure issues.

Who's managing all these initiatives?

Wiker: Jim Fitterling, our CEO, has talked about this. There are different organizations that have started and while there is a lot of good work being done, there’s this realization that we do need a broad, industry-wide and value-chain-wide coalition to solve some of these issues. This is something we continue to look at from an industry perspective to really take a bigger role in this.

Is there a hierarchy in either philosophy or in capital expenditures as to how these programs are prioritized?

Wiker: To a large degree the directors of the Americas and Europe, whose job it is to understand what we should prioritize, are going to be tasked with that. Both within the short term, which will likely be around some of the things I’ve discussed, but also in the long term where we look at things such as feedstock recycling. But certainly we don’t know all those answers, and that’s why we put some bright people in these high-level leadership roles to solve that and determine how we prioritize. It’s become a significant focus for us.

Some of these programs appear above and beyond the regular cost of doing business—where does that money come from or how do you shift financial support from other projects? 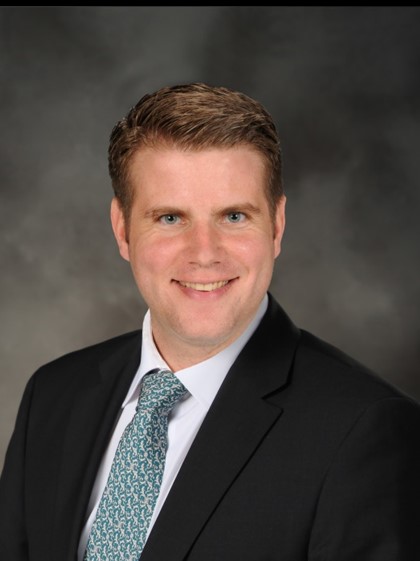 Wiker: We want to tackle any area where there is value and as a market need, a lot of this is value driven from design of the packaging to incorporation of post-consumer recycled content.  In areas such as Hefty EnergyBag and some of these extracurriculars as you’ve called them, certainly it’s through partnerships including working with Non-Governmental Organization (NGOs). And as you know, we have granted money through our foundations for Keep America Beautiful to start more EnergyBag programs in different areas.

That costs us extra, but we realize as an industry all of us are going to have to come together to somehow solve this.

Because there need to be systems and infrastructure in place to make that happen, recycling does cost money, which is why it hasn’t been successful. We’ve put good people in place to understand those financial models.

The plastics industry is taking plenty of heat these days, not all of which is deserved. What’s needed to counter those loose-with-the-facts activist voices?

Wiker: Dow is a science-based company that has taken that approach for many years during which we’ve focused on waste reduction, food preservation, downgauging, all very much backed by life-cycle analysis. And there is the reality that there is plastic in the ocean. But there is the realization that a scientific tact does not resonate with certain people and groups.

We are working to better inform people, but we’re also owning that there is an issue—and working to solve that. There are outspoken people who see that we’re not just using science and saying these are the facts, but we’re also working as an industry to solve end-of-life challenges.

The interview with Nathan Wiker continues next week with topics including biomaterials, the circular economy, compostable packaging and more.