Speaking of sustainability, what have Coke and Pepsi been up to lately? 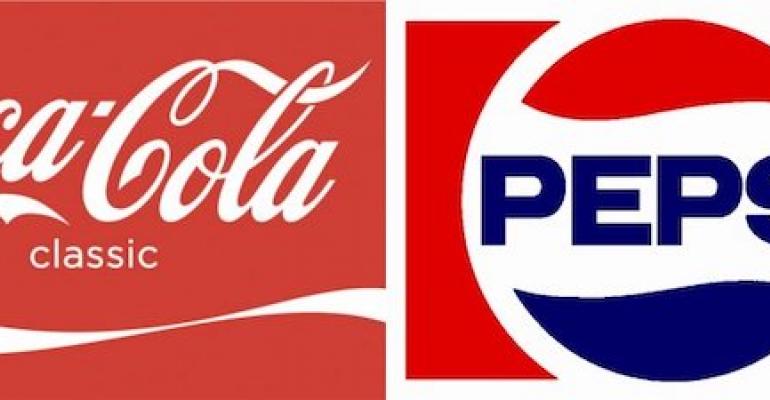 Since leaving the Plastics Industry Association because of so-called philosophical differences, both Coca-Cola and PepsiCo have launched new efforts to solve the problems that the plastics industry apparently created for them.

Since leaving the Plastics Industry Association because of so-called philosophical disagreements with that organization’s strategies, both Coca-Cola and PepsiCo have launched new efforts to solve the problems that the plastics industry apparently has created for them.

In a release sent on September 13, PepsiCo announced accelerated efforts to reduce plastic waste. The two primary means of doing this will be the company’s target to reduce by 35% the use of virgin plastic across its beverage brands by 2025, “driven by increased use of recycled content and alternative packaging."

Reducing the use of virgin plastic content will equate to the elimination of 2.5 million metric tons of cumulative virgin plastic, claims PepsiCo. “Progress will be driven by the company’s increased use of recycled content and alternative packaging materials for its beverage brands, including Lifewtr, Bubly and Aquafina,” said PepsiCo.

In June of this year, PepsiCo announced that starting in 2020 the company will package its Lifewtr brand in 100% recycled PET (rPET). Great! I just hope that the company can find enough rPET to meet demand, given that litterbugs prefer to throw plastic bottles into waterways, onto beaches and land-based environments. People who thoughtlessly discard PET bottles into the environment are not educated about the true value of PET. Maybe PepsiCo can begin a TV and social media ad campaign to inform consumers.

PepsiCo’s Bubly brand will no longer be filled into plastic containers and Aquafina will be introduced in aluminum cans to U.S. food service operators and be tested in retail outlets at the beginning of next year.

Additionally, through the expansion of PepsiCo’s SodaStream business, an estimated 67 billion plastic bottles will be avoided through 2025. “These targets advance PepsiCo’s sustainable packaging vision and reinforce its ‘Beyond the Bottle’ strategy which, in addition to SodaStream, includes the mobile-enabled Hydration Platform and other offerings that deliver beverages without single-use plastic bottles,” said PepsiCo’s announcement.

“While our efforts are far from done, this is one more step in PepsiCo’s journey toward helping to build a world where plastics need never become waste,” said PepsiCo Chairman and CEO, Ramon Laguarta. “Even as we work to accelerate business growth, we continue to make important progress toward a circular economy for packaging, a responsibility we take very seriously.”

Hear that, As You Sow and Greenpeace?

Of course if you eliminate something it can’t become waste. And those are awfully big promises, which some recent articles question that the company can keep. Other consumer brands have made big promises over the past several years but progress has been slow and they’re taking heat from anti-plastics advocacy groups for not sticking to their word.

PepsiCo noted that this latest announcement is in addition to earlier goals announced to make 100% of its packaging recyclable, compostable or biodegradable by 2025, and increase its use of recycled content in plastic packaging to 25%.

Recyclability is an admirable goal. We have the infrastructure in place to collect, sort and recycle PET bottles. All we need to do is educate consumers to put their PET bottles where they can actually be recycled. Just because something is labeled “recyclable” doesn’t mean it will be recycled—that’s up to the consumer.

As for the compostable idea, there’s not much “green” there. Most composting facilities will not take so-called “compostable” plastics; they will only accept yard and food waste because plastic won’t break down far enough, fast enough to be satisfactory to consumers of garden compost.

Biodegradable plastic bottles won’t be able to be recycled unless companies begin operating biodegradable recycling lines at their facilities to keep them from getting mixed with virgin PET. So far I’ve not heard of anyone starting up a “biodegradable” plastics recycling plant.

Biodegradable plastic bottles are designed to be left out in the open environment, including the oceans, where they will “biodegrade” in perhaps four to five years. Currently the suggestion for biodegradable bottles and other items is to put them in waste-to-energy bins or the trash, where they will be landfilled.

You’d better bone up on your plastics science, PepsiCo!

I was actually hoping to have some answers to my questions concerning their plans for biodegradable and compostable plastics and the validity of calling those items “sustainable.” But, as usual, crickets! The company obviously doesn’t want to comment on those things.

As for Coca-Cola Co., it just unveiled its first-ever sample bottles made using recovered and recycled marine plastics, demonstrating that, one day, even ocean debris could be used in recycled packaging for drinks. This effort is being done through a partnership with Ioniqa Technologies, a spinoff from Eindhoven University of Technology in the Netherlands; Indorama Ventures in Thailand; Mares Circulares (Circular Seas) and the Coca-Cola Co. in Iberia; along with Spain’s Ministry of Agriculture, Fisheries, Food and the Environment and three leading non-profit organizations.

The idea is to show the “transformational potential of revolutionary enhanced recycling technologies, which can recycle previously used plastics of any quality back to high-quality plastic that can be used for food or beverage packaging.” Starting in 2020, Coca-Cola plans to roll out this enhanced recycled content in some of its bottles.

Coca-Cola’s efforts appear to the most advanced when it comes to making a dent in the amount of ocean plastics available for this project. I applaud their efforts. However, if people stop throwing plastic items into waterways that end up in the oceans, the supply of “ocean plastic” could dry up and that would be the end of that project.

But this probably won’t happen in my lifetime.