Which is better for the environment: Compostable bioplastics or PET? The answer may surprise you 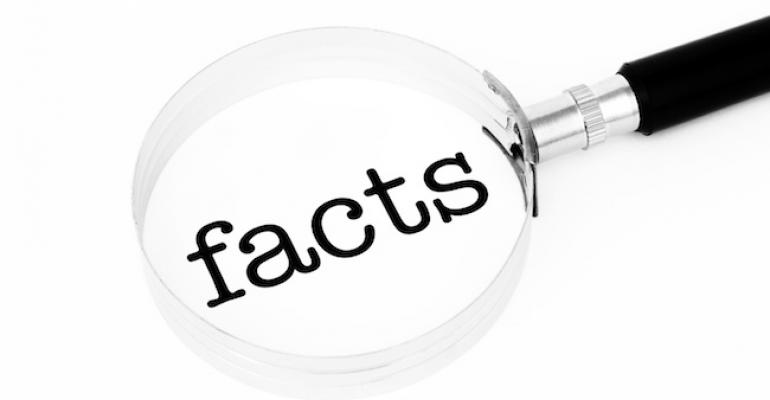 Biodegradable and compostable polymers may sound greener than polyethylene terephthalate (PET), but they’re not.

There are numerous options in food packaging materials, and many major food packagers and retailers often make a choice based on non-scientific information. Clearly Clean Products LLC (Orwigsburg, PA) manufactures easily recyclable PET thermoformed food trays. Too often, “greenwashing” becomes an issue for companies like Clearly Clean when they are trying to help customers choose the right packaging for a given application.

Clearly Clean’s trademarked recyclable food packaging offers an eco-friendly alternative to EPS foam packaging, which is targeted by many local governments because it is not easily recyclable. The company’s Roll-Over-Wrap tray recently won the Institute of Packaging Professional’s AmeriStar award for packaging excellence and innovation for refrigerated food.

While customers seeking to improve the “eco-friendliness” of their product packaging have flocked to Clearly Clean’s recyclable PET trays, many potential customers remain confused because of the greenwashing tide. Greenwashing can be defined as the dissemination of non-scientific misinformation about plastics that can result in food processors and grocery chains making material choices that, in reality, are actually harmful to the environment.

Biodegradable and compostable polymers may sound greener than polyethylene terephthalate (PET), but are they truly biodegradable and compostable? These plant-based polymers, in fact, are not as green as they might seem at first glance. Many industry experts agree and are working hard to dispel the myths of bioplastic materials, such as PLA, by educating consumers that recyclable PET actually may be the greener option.

For example, the National Association of PET Container Resources noted that 29.2% of all PET bottles were recycled in the United States in 2017. PET’s recycling success comes from the fact that it is used to make products (bottles) that do, in fact, get thrown into recycling bins and are collected by municipal recycling programs. Rigid food packaging (PET and HDPE) is intended to be—and increasingly is—recovered in recycle streams, especially in the case of PET. So, it makes sense to use recyclable materials.

The benefit of using PET is that there is a large, well-organized PET recycling infrastructure in the United States, as well as increasing demand for recycled PET (rPET) for products.

A serious shortcoming of biodegradable and compostable plastics is that even a small amount of these bioplastics can turn a large batch of traditional valuable PET recyclate into non-recyclable trash that either must be incinerated or landfilled. This is why biodegradable and compostable plastics must be carefully screened from the recycling stream.

In the context of real-world recycling practices, in which waste materials are separated (imperfectly) by a combination of automated and manual methods, the most effective way of keeping biodegradable or compostable plastics separate from traditional plastics is to use the two types of materials in different product applications.

Context matters. Traditional, recyclable PET is perhaps best used to make products that typically get recycled, such as bottles and food containers. Biodegradable and compostable plastics perhaps should be limited to products such as agriculture film used to hold in moisture, which can be plowed under at the end of the growing season.

Compostable plastics are biobased materials designed to break down into the soil along with food and yard waste, but they often don’t achieve that goal. While it sounds fantastic in theory, many compost facility owners say it’s not that simple. Plastics that are designated as compostable must be composted in an industrial or commercial composting facility, not a backyard compost bin. However, there are a number of problems associated with composting so-called compostable plastic, even in commercial facilities.

Most composting facility owners I have interviewed are skeptical of compostable plastics. They will tell you they’ve not had good luck with compostable plastic cutlery, cups and containers, and are reluctant to accept plastic material that claims to be compostable.

Recyclable plastics use fewer resources over their entire lifespan than any alternative single-use material, and plastics’ eco-friendliness has been proven by many studies. Many brand owners choose “green” sounding materials as a means of “virtue signaling,” not because they are better than traditional recyclable materials such as PET.

One could argue that, despite the creation of polymers with seemingly environmentally friendly names—compostable and biodegradable—the polymer that perhaps sounds the worst could indeed be the best: Polyethylene terephthalate (PET). As industry experts continue to educate consumers and customers, people are starting to understand the science. Just because something sounds eco-friendly does not mean it is ecologically better.