When will countries realize that incineration is a solution to the plastic waste problem? 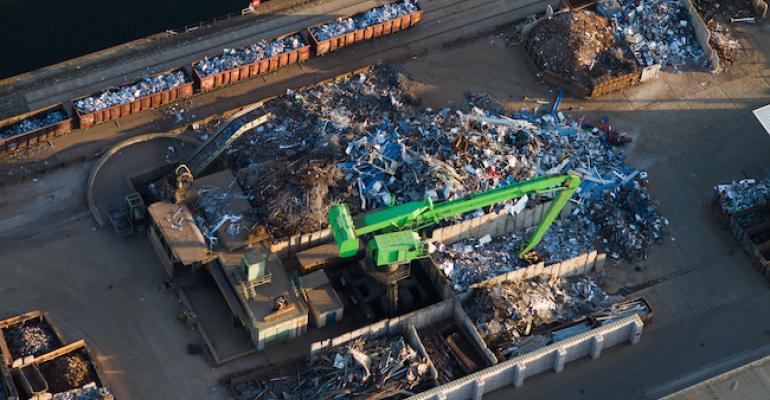 The current solution for developed nations seems to be to ship contaminated waste plastics halfway around the world to developing countries. Since when did this become environmentally desirable?

China’s National Sword initiative to stop the importation of contaminated plastic waste has thrown a monkey wrench into a global problem that seems relatively easy to solve. The current solution for developed nations seems to be to ship contaminated waste plastics around the globe to developing countries.

Since when did this become an environmentally sound solution? Several reports published recently noted that Indonesia is sending thousands of tons of contaminated plastic waste back to the countries of origin. Not too long ago, the Philippines demanded that Canada take back all the contaminated waste it had shipped halfway around the world to an island nation that doesn’t need any more plastic waste.

I can just imagine the amount of energy it takes for these large container ships to move plastic waste around the world in search of a developing nation that will take it off our hands.

A report from the UK noted that people in Scotland are up in arms about the decision to ship “biodegradable” plastics to Sweden for incineration. Why are they upset about that? What else are they going to do with all this biodegradable plastic that is being touted as “eco-friendly” when, in fact, it cannot be recycled with regular PET or HDPE, and is designed to be left in the environment so it can degrade in “four or five years?”

There’s one solution that no one seems to want to implement: Incineration in a waste-to-energy facility. Instead of using energy to move all this contaminated plastic trash from one country to another, all countries need to have a waste-to-energy plant and convert all of the plastic that isn’t recyclable—including biodegradable plastic—into energy to benefit citizens. With modern technology such as stack scrubbers and filters, the only thing that comes out of these waste-to-energy incinerators is steam and not much else.

I don’t understand the reasoning behind expending tons of energy to have container ships transport trash elsewhere rather than burning it where the plastic waste is generated and using the energy for electricity. What this tells me is that the people who whine the loudest about plastic trash really don’t want a reasonable solution that waste-to-energy offers for contaminated and non-recyclable waste plastic. They just want to flat-out ban all plastic production and use, period!

I say congratulations to Scotland for shipping its unrecyclable biodegradable plastic waste to the Swedish incinerator. I’m sure the Swedish people are happy to have the added energy production with winter coming on.

However, a better answer for Scotland (and every other country) is to build a waste-to-energy plant to eliminate the energy required to move this waste from Scotland to Sweden. We need more common sense to solve this problem, but as Mark Twain once said, “There’s nothing common about common sense.”