The one-way Zeg is one innovative plastic beer keg 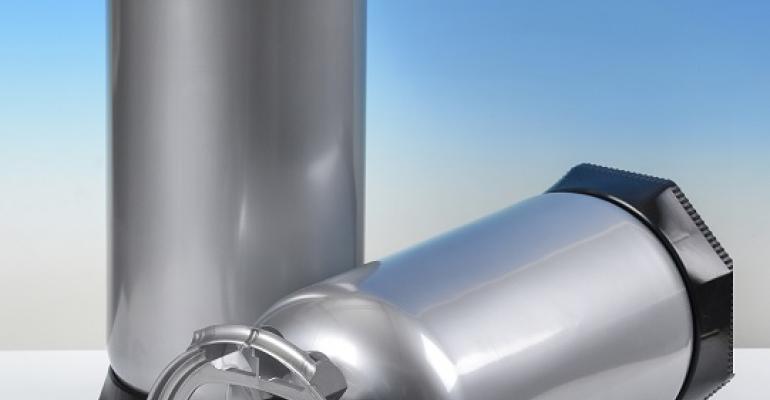 “The reception at the tradeshow was very encouraging, with a lot of interest from breweries, keg distributors and plastic keg manufacturers in Europe and the United States interested in testing it,” Michalis Sideris, Development Engineer, CYPET Technologies, tells PlasticsToday. “We’re in communication with vendors at the moment, working out pricing and logistics.”

Delivering efficiency from the brewery through distribution to the tap room, the Zeg is an aesthetic and functional alternative to steel kegs, and offers the benefits of no return, no cleaning and no theft loss cost.

Zeg features a top chime and handles that are integrated with the rest of the keg body, which is a patent-pending feature. Having the top chime, handles and keg body formed as one piece significantly reduces the production cost of the keg, since there is no need to separately produce the top chime and assemble it onto the keg, the company reports. Also, the strong mechanical properties of PET allow for the top chime to be lighter in weight than conventional chimes, yet enable it to handle the top loads during distribution and use. Zeg kegs are stackable.

Zeg takes the pressure and then some

For safety and apart from having a high burst pressure—four times that of normal beer dispensing pressure—the Zeg features a patent-pending pressure relief valve that’s incorporated on the neck of the keg.  Though the ideal dispensing pressure depends on the type of beer, most beers are dispensed at around 30 psi, according to Sideris.

In case of internal pressure build-up, the valve is triggered automatically to release the excess pressure. The valve protects the Zeg all through its life cycle, even while it is coupled to a dispensing system. Once the Zeg is empty, it can be easily de-pressurized manually using no tools afterwhich the company claims it’s then ready for recycling.

Because Zeg can withstand a large internal pressure, it can also be used for carbonated beverages including soft drinks.

On the inbound side it arrives at breweries pre-purged with nitrogen, pristinely clean and with excellent oxygen, carbon dioxide and ultraviolet light barriers. It keeps beer fresh and intact with a year-long shelf life.

Challenges, details and what’s on tap

The biggest challenge to development of the Zeg “was the design and manufacturing of the injection mold of the preform,” says Sideris. “The shape of the top chime, as well as a hollow tube on the side of the neck made the mold design quite challenging, which was successfully faced by the CYPET design team.”

Two grades of PET are available for customers, a standard grade for countries where a short shelf life is acceptable and a special grade version with oxygen and carbon dioxide barriers where more shelf is needed.

The keg’s distinctive titanium color serves two functions: it looks like a metallic keg and it shields beer from a quality-robbing nemesis—UV light exposure.

It’s also available in a customer’s preferred color, Sideris says. Because the color is achieved using a standard color masterbatch, it has the same recyclability as other colored PET containers.

Zeg is not alone in the plastic keg market; Sideris notes that the most well-known ones are Petainer, Key Keg, Dolium and Polykeg. Still, he expects CYPET's inventive design will make a dent in the metal keg market.

“The first Zegs have completed the testing phase and the equipment used to develop the Zeg in Cyprus is getting ready to be used for production,” Sideris tells PlasticsToday. “The first Zeg production system for a customer is under manufacture and should be ready by the end of April. We’re also in talks with several other potential customers. We’re planning to export it globally and in parallel promote our equipment with customers globally, to provide a Zeg keg that will better service regional markets.”