Manufacturing is trending down, and tariffs aren’t helping 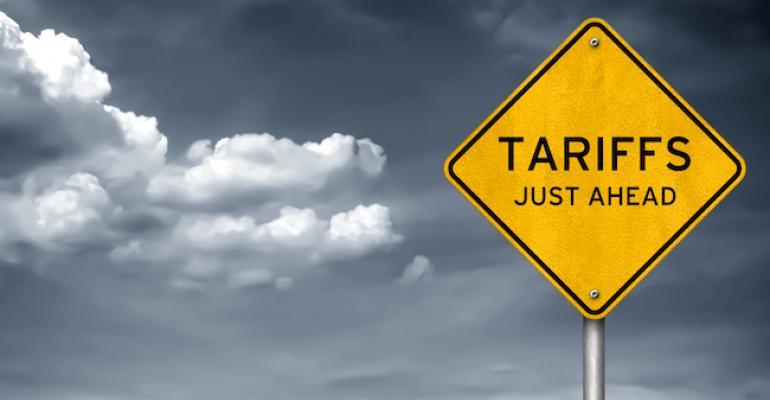 “As a businessperson, these tariffs don’t make a whole lot of sense, and it might aggravate the problem we’re trying to solve,” said Charles A. Sholtis, CEO of Plastic Molding Technology (El Paso, TX).

Manufacturing activity is trending lower, and the threat of tariffs on Mexico and a trade war with China aren’t helping. The Institute for Supply Management (ISM) released its May Report on Business, showing its Purchasing Management Index (PMI) registered 52.1%, down from April’s 52.8%. While May’s PMI remains on the “expanding” side of the equation, (above 50%), that number has been dropping fairly steadily from a 12-month high of 60.8 in August of last year.

The ISM gauges 18 manufacturing industries, and many of the survey’s respondents commented on tariff issues as being a factor for the slow down in their industry. “Ongoing tariffs [are] impacting costs and influencing supplier realignment on country of origin. Border issue is causing delays in imports from Mexico,” said one respondent from the computer and electronics products industry.

Another respondent to the survey said, “Sales remain strong. Labor remains tight. Tariffs are having a significant impact on cost of goods.”

A respondent from the plastics industry segment noted: “Newly increased tariffs on Chinese imports pose an issue on a number of chemicals and materials that are solely produced in China. We are expecting increases in raw materials starting June 1.”

Trade issues with two of the United States’ biggest trading partners appear to be having an effect on the plastics industry. Charles A. Sholtis, CEO of Plastic Molding Technology Inc., based in El Paso, TX, told PlasticsToday that while the United States “has established itself as a low-cost producer of high-quality, manufactured goods using skilled workers and technology . . . [t]ariffs are setting the stage to reverse this positive world perception and also jeopardize the USMCA.”

Dwight Morgan, Executive Vice President of Corporate Development at M. Holland, told PlasticsToday, “the threat of U.S. tariffs on all Mexican exports could cause extreme disruption to the supply chain in both countries. The plastics industry is one of the few areas where the U.S. runs a merchandise trade surplus, meaning the tariffs could disrupt global trade patterns and create unnecessary barriers for growth, ultimately discouraging future business investment.”

Morgan added that the migration of companies from China to Mexico, which has been taking place over the past few years, might be interrupted by U.S. tariffs on Mexican goods. “We’ve been whipsawed and it’s a real rollercoaster these past couple of years,” said Morgan. “It started with the drama around NAFTA, the WTO and tariff levels that would have been disruptive. When the USMCA agreement was successfully negotiated, we were hopeful but still waiting to get the word about a path forward. Now we’re threatened with tariffs—at 25%, we’re facing the same tariffs as the Chinese.”

Sholtis said he believes the tariffs are setting the stage to reverse the advances in U.S. manufacturing. “We have great energy resources such as oil, gas and the plastics raw materials produced here,” he said. “That has also enabled the USA to be a choice and cost-effective region to produce goods. Look at all of the Japanese, German and Korean auto assembly sites in North America.”

Morgan told PlasticsToday that the irony of this is that Mexico has been a net beneficiary of the trade war with China. “Now, Mexico is experiencing the similar uncertainty,” he added. “As a businessperson, these tariffs don’t make a whole lot of sense, and it might aggravate the problem we’re trying to solve.”

Sholtis concurs. “Ultimately tariffs will have negative economic consequences for the consumer, causing prices for purchased items to rise,” he said. “The manufacturing industry—which this administration has championed—is negatively impacted by tariffs and trade wars. The immigration issue is real and the Mexican government is not doing enough to stem the flow across our border. That said, tariffs are not the best option to facilitate change with our southern neighbor.”

Morgan pointed out that the United States is a big exporter of plastics, with a trade surplus of some $200 billion of North American resin capacity in a strong position globally of low-cost polyethylene. “We’re risking this engine of export growth,” he stated, noting that when companies make decisions to invest in these big expansions, this kind of uncertainty is a fly in the ointment.

“We are being very cautious about investments, and careful on inventories in case the economy slows,” said Morgan. “If the industry is harmed we don’t want inventories with falling prices. This is creating havoc for businesses.”

Sholtis noted that, overall, the Mexico tariffs will have a greater negative impact on the long-term economy. “Creating barriers to trade jeopardizes our regional economic cooperation, especially in the automotive sector,” he said. “The negative impact on wages, GDP and exports will be felt on both sides of the order if the tariffs stick.”