Bayer Board of Management announces plans to jettison plastics business 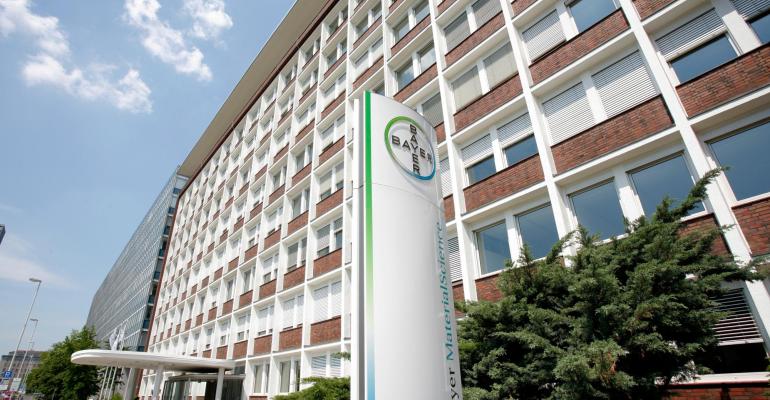 Bayer's gradual move to position itself as a world-leading company in the field of human, animal and plant health has now culminated in the inevitable decision to unload its plastics business. The announcement came Thursday and was made by Bayer A.G.'s Board of Management.

Bayer's gradual move to position itself as a world-leading company in the field of human, animal and plant health has now culminated in the inevitable decision to unload its plastics business. The announcement came Thursday and was made by Bayer A.G.'s Board of Management.

The intention, said Bayer, "is to float MaterialScience on the stock market as a separate company," freeing the way for the Bayer Group to focus entirely on its Life Science businesses, HealthCare and CropScience, in order to continue the positive development of these activities in the future through further investment in growth. The Life Sciences currently already account for about 70 percent of Bayer's sales and 88 percent of EBITDA before special items.

The Supervisory Board also unanimously approved the Board of Management's plans today. "Our intention is to create two top global corporations: Bayer as a world-class innovation company in the Life Science businesses, and MaterialScience as a leading player in polymers," said Bayer CEO Dr. Marijn Dekkers. In his view, both companies have excellent prospects for success in their respective industries. Employment levels are expected to remain stable over the next few years, both globally and in Germany.

Bayer MaterialScience, manufactures, among other things, polyurethanes and polycarbonates, and operates some 30 main production locations around the world. The company will be floated on the stock market as a separate company within the next 12 to 18 months. A major reason for this move is to give MaterialScience direct access to capital for its future development. This access can no longer be adequately ensured within the Bayer Group due to the substantial investment needs of the Life Science businesses for both organic and external growth. Also, as a separate company, MaterialScience can align its organizational and process structures and corporate culture entirely toward its own industrial environment and business model.

"We firmly believe that MaterialScience will use its separate status to deploy its existing strength even more rapidly, effectively and flexibly in the global competitive arena," Dekkers commented. A strategy and corporate culture aligned to technological and cost leadership, coupled with the ability to make its own investment and portfolio decisions, would give MaterialScience the best development prospects in a highly competitive market. That, said Dekkers, includes direct capital market access so that it would not have to compete with the Life Science businesses for investment funding in the future.

According to Dekkers, MaterialScience is a very well positioned business equipped with modern, competitive, large-scale facilities. "We have steadily invested in these facilities, even in difficult economic times," he pointed out, citing the world-scale production facilities in Shanghai, China, and the new TDI plant in Dormagen, Germany, which is to be officially inaugurated in December. Between 2009 and 2013 alone, Bayer invested a total of over EUR 3.8 billion (USD 4.91 million) in property, plant and equipment and research and development for the MaterialScience business.

Following the intended flotation, MaterialScience will be Europe's fourth-largest chemical company; it had global sales in 2013 of more than EUR 11 billion (USD 14.20 billion). The new company will have a global workforce of roughly 16,800, including about 6,500 in Germany. It will have a new name and a separate identity and be headquartered in Leverkusen.