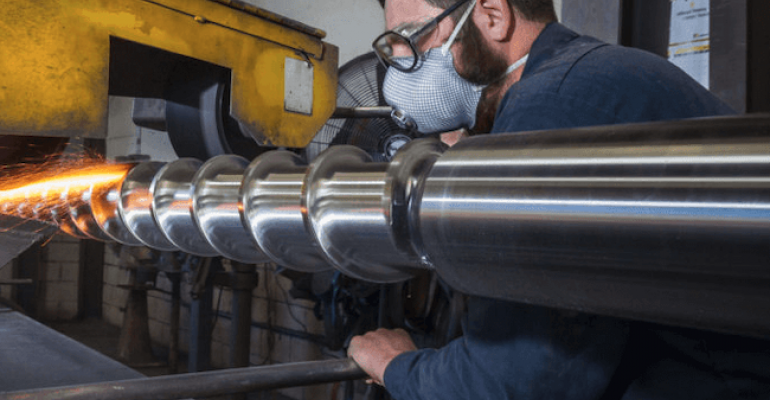 The casting process of the bimetallic inlay is superior to what was done by Wexco, according to Santa Fe Machine, and Tan Star’s raw materials are imported exclusively from Germany and Japan.

Santa Fe Machine Works Inc., a manufacturer of injection and extrusion screws located in Fontana, CA, announced that it has entered into an exclusive contract with Taiwan-based Tan Star Material Co. to distribute bimetallic barrels in the United States.

“It’s unfortunate news,” said Scott Kelly, Vice President, Santa Fe Machine Works, commenting on the closure of Wexco Corp. “We sold Wexco barrels for over 30 years. The barrel marketplace has had a level of uncertainty, leading us to enter into this agreement [with Tan Star Material] as a way to service our barrel customers to our satisfaction. We have been testing dozens of barrels for over two years and their quality rivals that of domestic manufacturers,” said Kelly. Santa Fe Machine said that it will have U.S.-made barrels available for customers who want domestic products.

Last April, Kelly and Don Smith, a sales and product development executive at Santa Fe Machine Works, inspected the Tan Star plant in Taiwan before signing the contract. A former vice president at Wexco, Smith wanted to see first-hand how the plant was set up and how the bi-metallic barrels were being made.

“I was impressed with their manufacturing capabilities and quality assurance,” said Smith. “The casting process of the bimetallic inlay was superior to that which was done by Wexco. Tan Star’s raw materials were imported exclusively from Germany and Japan.”