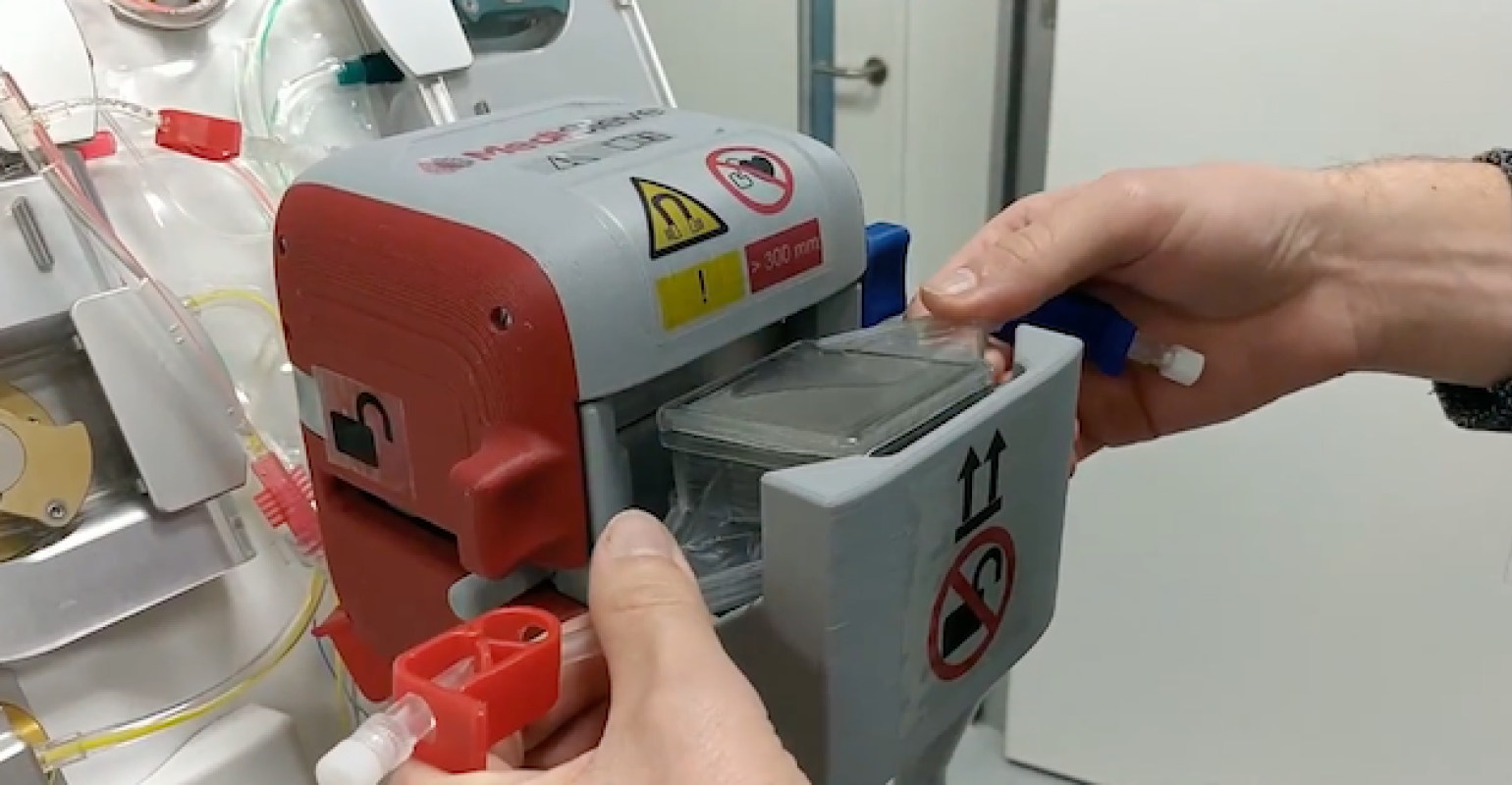 MediSieve (London) has developed a medical device that treats malaria in a manner similar to dialysis, capturing infected red blood cells via magnetic blood filtration from the patient’s bloodstream and returning the remainder of the blood to the patient.

What is the deadliest animal on earth? If you guessed sharks, snakes or even humans, you’re wrong. It’s the mosquito, and by a wide margin. The World Health Organization estimates that diseases, particularly malaria, transmitted by mosquitoes kill 725,000 people every year. By comparison, sharks kill around 10 people, snakes 50,000 and humans, coming in a distant second, kill 475,000 people, according to the Verify section of K5News in Seattle. Today, April 25, is World Malaria Day, a good opportunity to bring awareness to this surprising statistic and, for one medical device company, to highlight what is being done to combat the scourge.

MediSieve (London) has developed a medical device that treats malaria in a manner similar to dialysis. It works by magnetic blood filtration that removes and captures infected red blood cells from the malaria patient’s bloodstream and returns the remainder of the blood to the patient, explained the company in a press release posted on its website.

“If we can physically and rapidly remove infected red blood cells from a malaria patient’s bloodstream, we can significantly increase their chances of survival,” explained MediSieve CEO and founder, George Frodsham, MD. “There’s a strong link between parasitaemia (the percentage of red blood cells that are infected), mortality and disease severity, and the faster you achieve complete clearance of infected cells, the better the prognosis for the patient.”

MediSieve’s device comprises a disposable, sterile filter; a reusable magnet in which the filter is placed; and conventional blood pumps and loops. It has been developed for severe malaria patients receiving IV treatment in hospitals. If used in a one-off session with the first round of IV medication, the MediSieve filter could bring down mortality rates, speed up symptom reduction and stop the disease from escalating, according to the company. Because the device results in the use of fewer IV drugs and reduces hospital time, it could lead to reduced healthcare costs, said MediSieve. “Early results suggest we could reduce parasitaemia in a child by more than 90% in just two hours,” added Frodsham.

Most efforts to stamp out malaria focus on prevention, such as vaccines and bed-nets, rather than new treatments and stopping death, noted the company. “MediSieve is using World Malaria Day to underline the importance of investing resources into new, potentially life-saving treatments,” said the company. This is especially important, it added, because of the continuing emergence of drug-resistant malaria, “which threatens to undo a lot of the progress that has been made in recent years.”

MediSieve plans to launch the first clinical trials later this year, with phase two trials planned in countries where malaria is most prevalent. It hopes to launch the product in 2021.