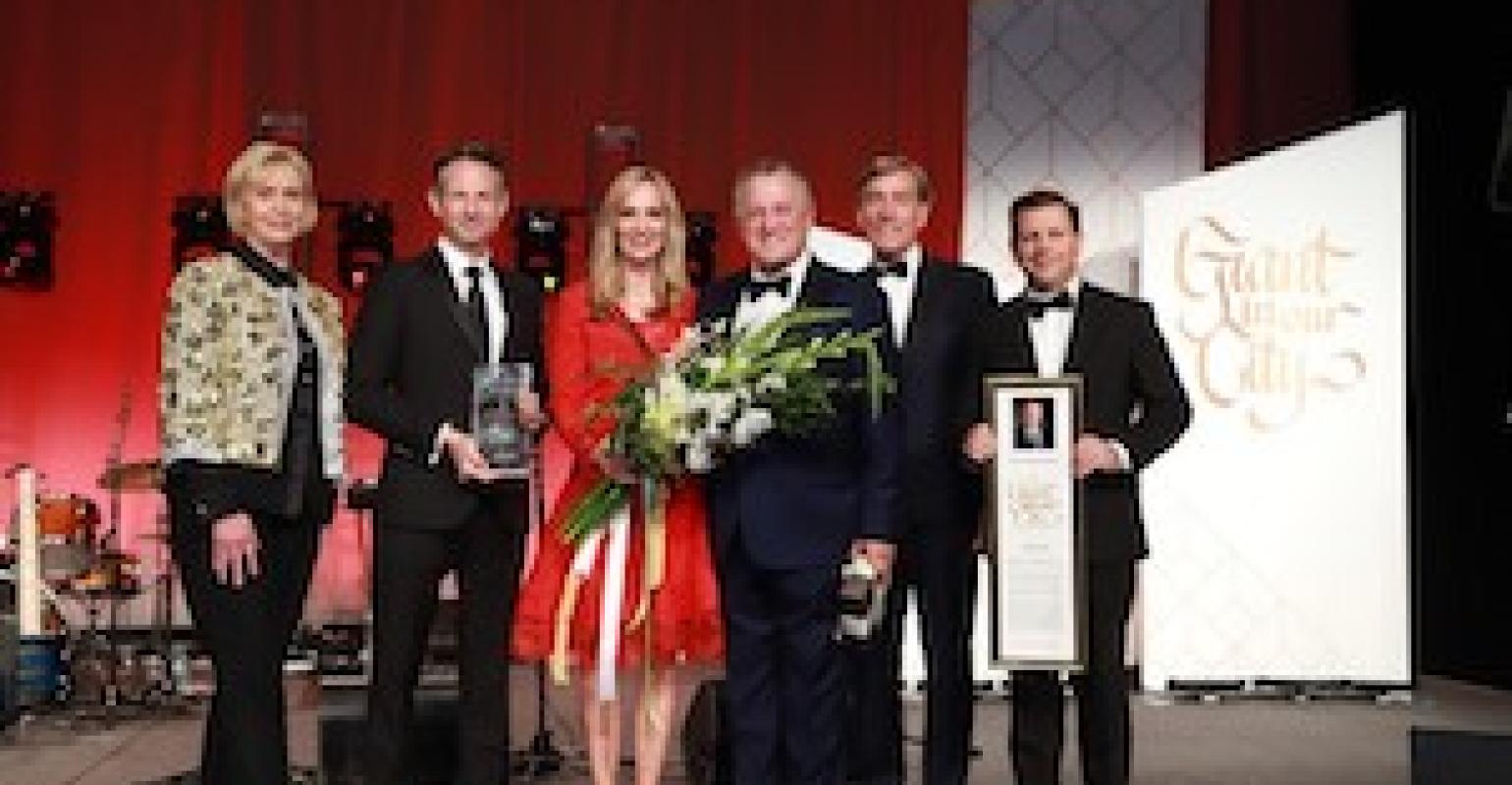 The award, which is considered to be the most prestigious business award in Utah, recognizes Fred Lampropoulos’ contributions to the local business community and state.

Fred Lampropoulos, the founder of Merit Medical (Salt Lake City) received the Giant in our City award last week from the Salt Lake Chamber, Utah’s largest and oldest business association. The award recognizes his contributions to the local business community and state, said the chamber. It is considered to be the most prestigious business award in Utah. Sen. Orrin Hatch received the award in 2018.

“When you consider that Utah’s life sciences sector accounts for almost eight percent of the state’s GDP, about $13 billion annually, you see just how big of an impact Fred Lampropoulos and Merit Medical have on Utah’s economy,” said Derek Miller, President and CEO of the Salt Lake Chamber. “It’s not just Fred’s business acumen that has earned him his success, but also his leadership style, his drive and determination, which he credits to his time as a Special Forces Officer in the U.S. Army, that have helped make Merit Medical what it is today. This is a man who has not only built a billion-dollar company with the goal of saving people’s lives, but a leader who has also made it his mission to build people up,” said Miller in a press release distributed on May 31.

In addition to its own products, the company operates a significant contract manufacturing division catering to medical device OEMs. Customers begin with the Merit Medical OEM catalog containing thousands of field-proven medical devices and components, and work with its dedicated OEM engineering team to customize these devices and components for their specific project needs, notes the company on its website. Its Salt Lake City headquarters offers cleanroom assembly and production, injection and insert molding, and pressure sensor production. The company’s plant in Galway, Ireland, is home to its hypotube center of excellence and facilities near Houston, TX, and in Richmond, VA, offer catheter manufacturing and custom extrusions. PTFE and hydrophilic coating of medical tubes and wire is performed at the Venlo, Netherlands, location.

Prior to founding Merit Medical, Lampropoulos served as Chairman and Chief Executive Officer of Utah Medical, noted the press release from Salt Lake Chamber. He has served as Chairman and CEO of Merit Medical since 1987. He founded Sentir Semiconductors in 1991, which was later merged into Merit Medical. Lampropoulos is the recipient of several other awards, including the Governor’s Medal for Science and Technology, the Utah National Guard Bronze Minuteman Award, and the Boy Scouts of America Silver Beaver Award. Lampropoulos was inducted into the Utah Business Hall of Fame, the Utah Technology Hall of Fame and the University of Utah College of Science Hall of Fame.

Upon receiving the award, Lampropoulos said, “I am honored and humbled to be recognized with such a wonderful award. I am grateful to my business partners and board members for their assistance and guidance over the years. I feel fortunate to have been able to improve people’s lives with medical products and to help provide jobs for many of our citizens. I look forward to continuing my work in this great community that has been so good to me.”