The future of medical 3D printing: Devices with custom geometries and functionalities 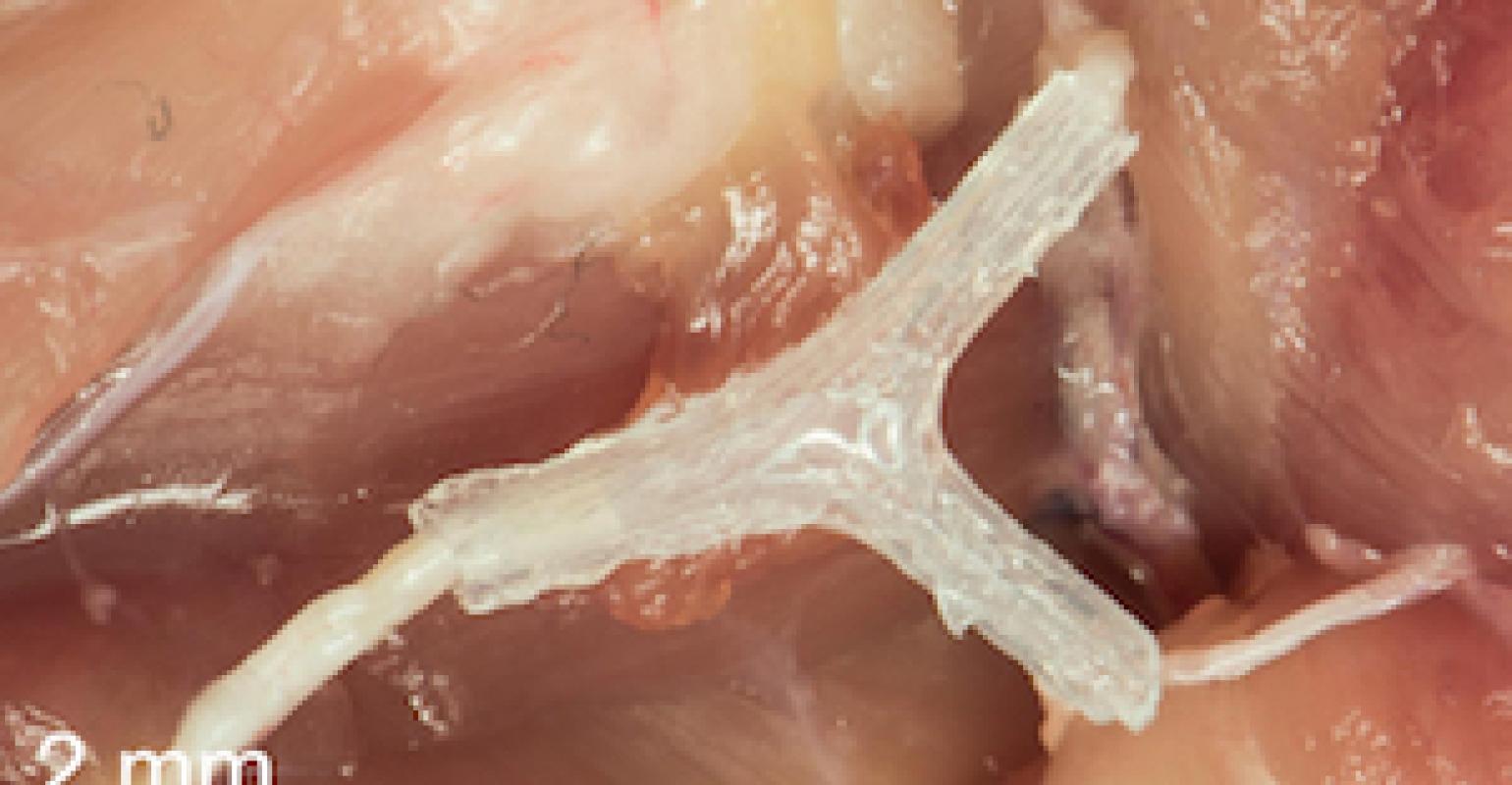 One of the rightly touted breakthroughs of 3D printing in the medical space is the technology’s capability of producing custom orthopedic devices that precisely match specific patient anatomies. University of Minnesota mechanical engineering professor Michael McAlpine wants to take that a step further by integrating customized functionality into the 3D-printed device.

“The big value in 3D printing is customization not just of the geometry but also the functionality,” McAlpine told PlasticsToday. “That means building in function from various materials that also may be specific to what the patient needs.” He and fellow researchers have taken a big step in that direction with a 3D-printed silicone guide embedded with proteins to enable nerve regeneration. The technique has been shown to be successful in regenerating the sciatic nerve in rats.

Nerve regeneration in and of itself is a complex process, and that is compounded by the y-shaped geometry of the sciatic nerve, which branches out as it travels down the leg. “A damaged sciatic nerve is difficult, if not impossible, to repair,” says McAlpine. Through the use of a 3D scanner and custom designed 3D printer that allows integration of multiple materials, including plastics, cells and functional materials such as electronic and semiconducting nanoparticles and hydrogels, on the same platform, McAlpine’s team was able to print custom nerve guides that promote both motor and sensory nerve regeneration.

“Most 3D-printed scaffolds have a linear construction and can’t handle nerve branches,” explains McAlpine. In a paper published in Advanced Functional Materials, McAlpine and fellow researchers noted that their study is the first to show the creation of a custom guide for regrowth of a complex nerve that has both sensory and motor branches.

McAlpine described the process to PlasticsToday. “We used a 3D scanner to scan the topology of the nerve tissue and printed guide that geometrically matched. In addition to the geometry, we also had the functionality, because our printer can handle so many different materials. One of the heads printed the silicone guide while the other head was printing the protein droplets—growth factors that help to promote regeneration.”

In the paper, the researchers went on to explain that the guide was surgically grafted to the cut ends of the nerves, and that the rat’s ability to walk again was improved after about 12 weeks.

This is a simple example of what can be achieved by incorporating geometrical and functional customization in 3D-printed devices, says McAlpine. In the field of nerve regeneration alone, the technology has the potential to help 200,000 people annually, according to a press release from the University of Minnesota. For McAlpine, it’s one small step in a giant leap for bionics that is a few years down the road.

McAlpine cut his teeth, so to speak, in 3D-printed bionics several years ago when he and fellow researchers at Princeton integrated cells and electronics to print a bionic ear. “It was not just a piece of cartilage, which is amazing in itself, but it also had an electronic coil that received sound signals,” explains McAlpine. On that foundation, McAlpine imagines what is yet to come. “Instead of strapping on a small brick to your wrist—i.e., a smart watch—what if you could merge that technology into your body? A 3D-printing platform that integrates electronics would allow us to do that,” he says.

Currently, the most popular approach to merging electronics with the body was developed by John Rogers at the University of Illinois, says McAlpine. “He took silicon wafers and peeled off layers to the point where they become like tissue, which are then ‘tattooed’ to the skin.” (PlasticsToday profiled Rogers’ Biostamp technology in March 2014. You can read about it in, “The birth of cool wearable medical devices.")

“It’s a beautiful approach,” says McAlpine, “but it doesn’t have the 3D component. Even if the device curves onto the skin, it’s still a two-dimensional interface. 3D printing gives you the ability to interweave electronics and any other material in three-dimensional space,” explains McAlpine. That technology takes us a step beyond the 2D devices we are so familiar with—laptops, smart watches and cell phones. “Having that three-dimensional component is key, and 3D printing is the only tool we have right now that can do that,” says McAlpine.