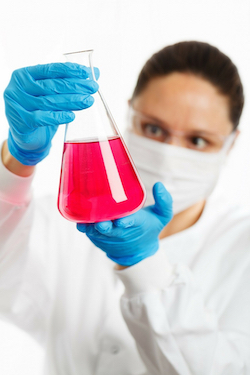 Proposition 65 gives California's attorney general the authority to serve a notice of violation against any company along the supply chain that sells a product directly or indirectly in California containing chemicals classified by the state as carcinogens. Among the listed chemicals are plasticizers that add flexibility to commonly used products such as luggage tags, key chains and purses. Multiple plastics industry organizations say that scientific evidence shows that plasticizers included on the list are not hazardous to people's health.

"Prop 65 punishes law-abiding business owners who are good actors," Terry Peters, SPI's Vice President of Industry Affairs, said. "Attorneys and the state of California are the only winners in these lawsuits and they anticipate that companies targeted will choose to settle because it is less expensive and less time-consuming than mounting an affirmative defense."

According to the California Attorney General's office, in 2014 there were 663 settlements totaling more than $29 million associated with Prop 65 notices of violation. Attorney fees and costs accounted for 71% of that total, or more than $21 million. SPI estimates that the average settlement cost for a California Prop 65 case exceeds $80,000.

The law affects any company providing constituent materials that end up in consumer products in California, regardless of where the business is headquartered. Unfortunately, companies can be named in multiple lawsuits and suffer even more damage to their bottom line, said the SPI release.

A closer look at Prop 65 through information provided by the American Chemistry Council on its website indicates that there are 900 substances, including diisononyl phthalate (DINP), which is used as a plasticizer; additives and ingredients in food and household products; naturally occurring substances; and ethyl alcohol in alcoholic beverages, aspirin and many prescription drugs. The law "requires anyone doing business in California to label a product if human exposure to a listed substance in the product is expected to be at a level above the established ‘safe harbor' level (No Significant Risk Level) to that substance." Note that Prop 65 is not a restriction on the product's use, but is a labeling requirement that applies in certain instances, said the ACC.

In June of 2014, the ACC filed a lawsuit to stop Prop 65 from including certain chemicals in plastics. However, in March 2015, the California Superior Court denied the relief sought by the ACC. The ACC filed an appeal in May of 2015.

In June of this year, the High Phthalates Panel of the ACC released the following statement in regard to ACC's lawsuit challenging the listing of DINP as a chemical known to cause cancer pursuant to the California Safe Drinking Water & Toxic Enforcement Act of 1986, aka Proposition 65:

"DINP is one of the most thoroughly studied compounds in the world. DINP has been reviewed by numerous international scientific panels over decades and the conclusions are essentially the same each time. DINP as currently used in commercial and consumer products does not pose a risk to human health at typical exposure levels. This conclusion was confirmed most recently by the European Commission (January 2014) following a four-year, in-depth evaluation by the European Chemistry Agency, which did not conclude that DINP is a human carcinogen."