The Society of Plastics Engineers (SPE) Thermoforming Division has named Barry Shepherd Thermoformer of the Year. The award will be presented during SPE's Thermoforming Awards dinner, held in conjunction with the 24th SPE Thermoforming Conference. 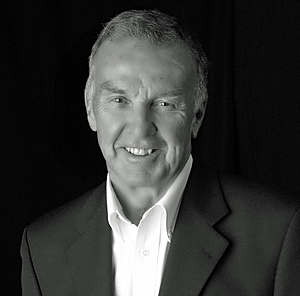 Throughout the 1960s, Shepherd worked for several different packaging companies in sample making and design. He joined Kodak Canada in 1970 and began designing packaging for cameras, film and related products. While at Kodak, he was involved in the development of packaging for Kodachrome slides, an early, groundbreaking use of thin-wall injection molding.

During the mid-1970s and early 1980s, Shepherd worked for several corrugated packaging companies in positions ranging from sales to president of a small box company. He always stayed involved in his passion: design and development. In 1984, he was introduced to the Alloyd Co., which specialized in thermoforming medical and consumer packaging and sealing equipment.

Shepherd was intrigued by plastics and blister packaging, and launched Shepherd Packaging in 1985, selling plastic blisters, trays, clamshells, sealing equipment and other packaging materials. Shepherd Packaging expanded its manufacturing business and in 1997 entered the heavy-gauge thermoforming market by developing a custom thermoformed plastic pallet for Lear. Under Shepherd's leadership in 2006, Shepherd Thermoforming & Packaging Inc. opened its 43,000-square-foot custom thermoforming facility near Toronto, ON, Canada, where the company operates seven thermoforming and two CNC milling machines. Now retired, Shepherd remains active on the board of advisors for the company he founded.

"To say that I was surprised at this honor is an understatement," Shepherd told PlasticsToday. "I'm humbled and surprised, but it's really nice to know that my peers think that much of me that they've given me this award." He noted that while Shepherd Thermoforming isn't a big company, it is very aggressive in growing its business and meeting customer requirements no matter what that might involve. "We don't say no to anything and give customers what they're looking for," he added.

The 24th SPE Thermoforming Conference will take place Aug. 31 to Sept. 2, 2015, in Atlanta, GA, at the Renaissance Atlanta Waverly Hotel. The awards dinner will be held on Tuesday, Sept. 1.