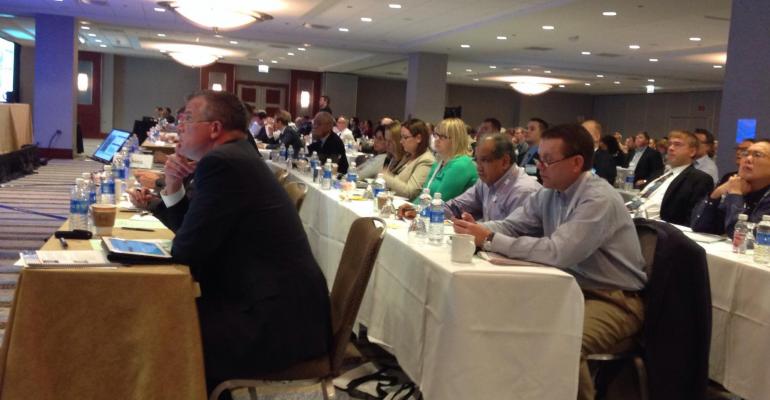 News impacting the U.S. economic outlook is "terrific," Nariman Behravesh, chief economist for IHS said today at the opening of the inaugural joint SPI/IHS Global Plastics Summit in Chicago. Representing an organization of 400 economists, Behravesh thinks that U.S. GDP growth will approach 3.5% after hovering under 2%. "We have made substantial progress in reducing household, financial sector, and government debt --all of which had contributed to a decline in economic growth since 2010." Positive news for the U.S. economy includes:

Behravesh also said that the Japanese and major European economies have exited crisis situations and are poised for growth. The United Kingdom and Japan are experiencing particularly good growth.

Emerging markets generally remain a negative in the outlook. Currencies in India and Brazil were hammered when investors (read speculators) were spooked by talk of a possible tapering in Fed bond buying plans.

Bill Carteaux, president of the SPI, said that the changes in the U.S. energy and economic positions are fueling significant growth in shipments of plastics goods, which totaled $373 billion last year. Exports are moving toward a record level. Machinery sales in the U.S. have rebounded sharply. "We've gone from zero to 100 mph very quickly."

The impact on the next (2014) National Plastics Exposition will be significant, Gene Sanders, SPI SVP trade shows and conferences, said in an interview. Commitments to date are 18.5% above NPE2012 and booth space is expected to set a record. "I know how to build tents," Sanders said.

There are more than 300 attendees from 16 countries at the Global Plastics Summit.