New 3D printer's build chamber can be converted into a cleanroom 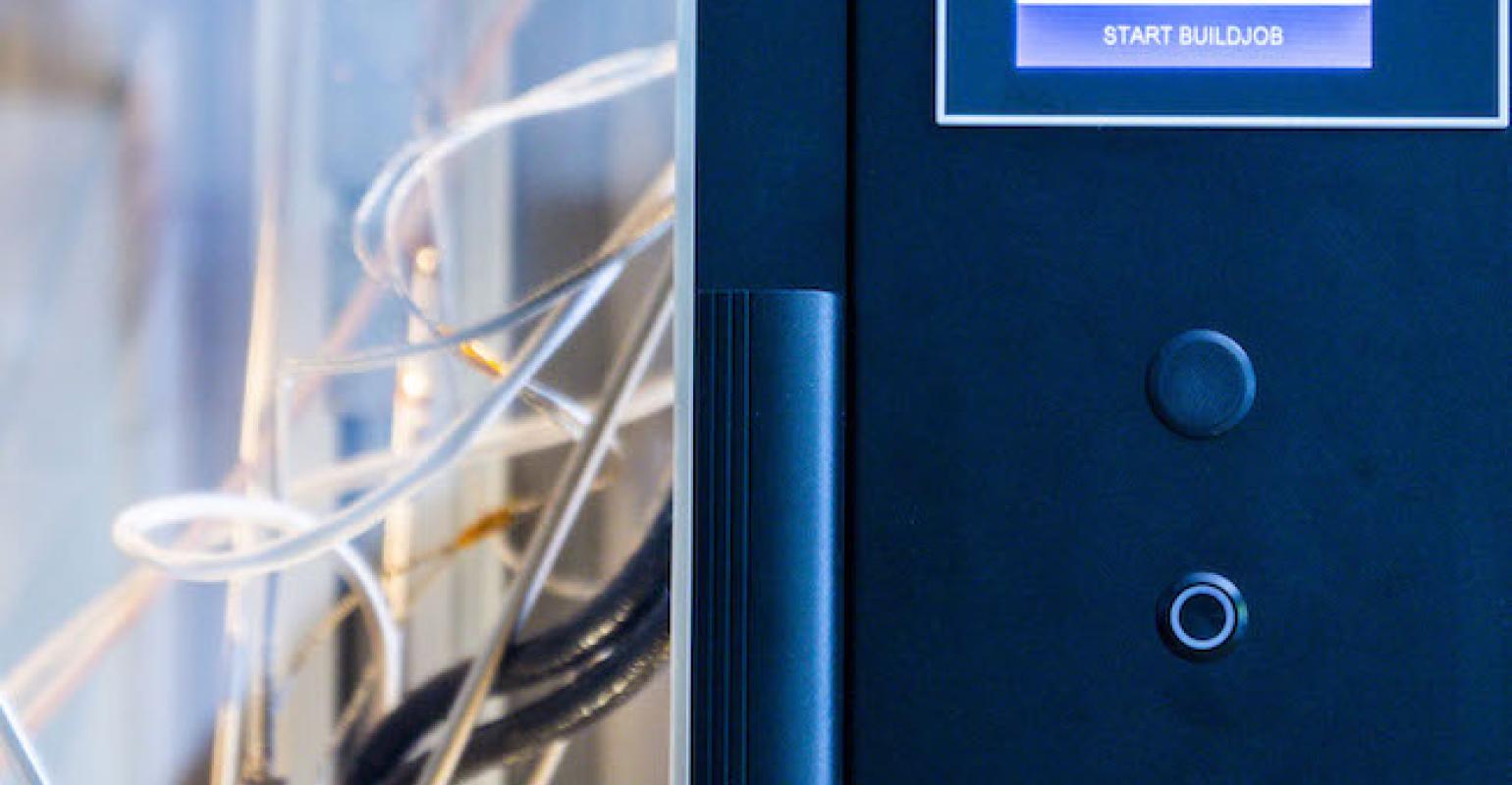 An integrated temperature control and filtration system allows users to create a cleanroom environment within the build chamber of the new R1 3D printer from German startup Kumovis (Munich).

A new 3D printer with an integrated temperature control and filtration system allows users to create a cleanroom environment within the build chamber. Developed by Munich-based startup Kumovis, the 3D printer enables the manufacture of patient-specific implants and other medical products in high-performance plastics, including PEEK. The R1 3D printer went into series production this week.

Based on the fused layer manufacturing (FLM) process, the R1 printer incorporates a patented temperature management system that enables the user to homogeneously heat the build chamber up to 482°F, which improves layer adhesion, according to Kumovis. With the use of an optional filter, the build chamber can be turned into a cleanroom, preventing ingress of contaminants that could cause defects in 3D-printed devices. Advanced particle measurements will be conducted in early October, the company told PlasticsToday. It is hoping to achieve ISO Class 5 certification. All monitoring systems are integrated, ensuring documentation is compiled and safety is maintained during the entire printing process, said Kumovis.

“With the Kumovis R1, we are excited to provide medical technologists with a resource-efficient additive-manufacturing system that meets their high requirements and, what is more, leads FLM processing of high-performance plastics to industrial maturity,” said company co-founder Stefan Leonhardt in a prepared statement. “In addition, with partners such as the software experts from Hyperganic, we will be able to provide rapid access to individualized medical products and, consequently, help create added value for patients and doctors alike,” he said.

The printer includes a cooling system, powered by hardware developed by Kumovis and software from fellow Munich-based startup Hyperganic, that ensures repeatability and dimensional accuracy, said the company.

Software-based Hyperganic Print control optimizes the print process across the entire part, said Kumovis, adding that the interface is designed to allow users to customize and automate processes.

The Kumovis R1 has been available since Aug. 1, 2019, via direct sales or through a subscription model. Three machines are currently in use with pilot customers, according to the company.

Co-founded by Leonhardt and Miriam Haerst in 2017, Kumovis is a spin-off from the Technical University of Munich. The R1 printer is its first commercialized product.