Plastics technology: We have the science, but does anyone care? 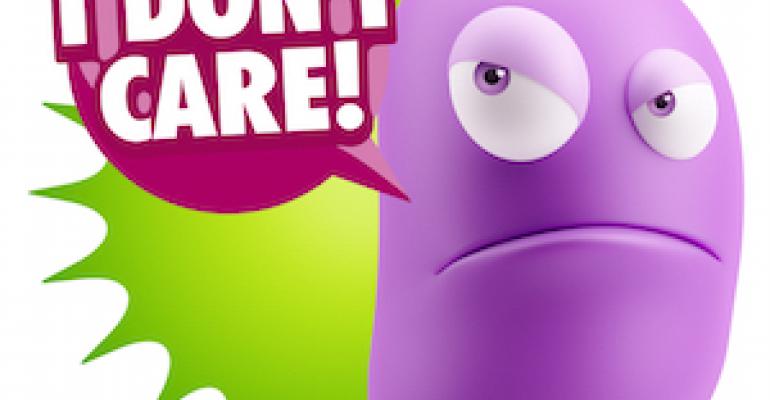 A new FDA study on BPA is imminent. But no matter how many scientific studies prove the safety and benefits of plastics, many people just won’t buy it. 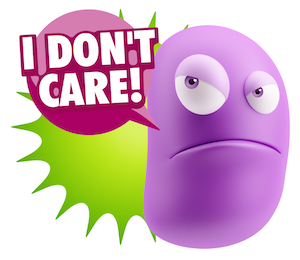 Science “does not resonate with mainstream America, or for that matter, much of the world,” commented Bill Carteaux, President and CEO of the Plastics Industry Association (PLASTICS; Washington, DC), and he has proof. “We [at PLASTICS] have spent thousands of dollars on public opinion research over the past two years. The messages that we, as the industry, think will resonate, do not,” said Carteaux. Put another way, anti-plastics hype travels half-way around the world before science-based facts get a chance to put their pants on. That’s hard for most of us in this industry to swallow, given that polymers are built on science.

Sometimes it feels like I’m living in the Middle Ages, when people believed in magic, astrology and alchemy, and that the Earth was the center of the universe. Isaac Newton developed theories of gravity, the laws of motion, space and time, which he detailed in his 1670 book Principia. The Enlightenment arose and Newtonian science marked a turning point away from religious and superstitious beliefs as explanations for phenomena.

Einstein couldn’t abide the idea of “action at a distance,” which he termed “spooky,” but Newton’s mechanics also denied this. What moved objects in space? If space was a vacuum in which nothing existed, how did light and electric and magnetic fields move across space? Well, there was the theory of ether proposed by the Greeks—they believed it was “a medium subtler than air” that filled all of space. In fact, Einstein’s theory of relativity turned Newtonian science on its head and opened up a whole new world for scientists.

Today we know that space is filled with something, and scientists believe that something to be dark energy and dark matter, which comprise most of space—96% of it! Gravity continues to be a mystery and quantum physicists are now looking at “quantum gravity” to see why that force is so weak. Einstein doubted the whole “quantum” thing. But he did concede one idea: “The science is never settled.”

It would certainly appear that the science of plastics is not settled, either, even among relatively intelligent people for whom science has been a way of life for the entire 20th century. With the exception of flat earthers, I doubt that many people continue to believe in a geocentric universe. And yet, no matter how many scientific studies are performed on plastic materials and their applications to prove their safety and benefits to humankind, many people just won’t buy it.

For example, countless studies have shown that plastics are superior to alternative materials when you take into account the entire life cycle of extracting the raw materials (oil and natural gas), processing them into polymers and then processing those polymers into strong, durable products that offer health benefits in medical technology and food and beverage packaging applications.

In the May 5, 2018, issue of Forbes, Geoffrey Kabat, an epidemiologist and a contributor to the Science & Technology section, wrote an interesting commentary, “Sorting Out Which side to Believe in an Era of Alternative Facts.” He cited surgeon and writer Atul Gawande, who gave the keynote address at the Sackler Science Communication Symposium sponsored by the National Academy of Sciences in Washington, DC.

“Gawande opened by giving several definitions of science that emphasized what an unusual and delicate balance science represents. . . . Having a scientific understanding of the world is really about helping people to understand how you judge which information to trust, while understanding that the scientific mindset is one where you never have complete trust.

“He went on to describe the increasing prevalence of mistrust of science over the past four decades, citing the examples of vaccines, gun ownership and climate change.” And Gawande acknowledged that, in fact, much of what had been published is wrong and that the scientific consensus can be wrong, wrote Kabat.

Gawande chose as an example the case of BPA. He used the discussion of the chemical in Kabat’s book, Getting Risk Right, and “extracted about half a dozen criteria for making a judgment”:

Quoting Gawande’s address, Kabat writes, “You can never rule it out, but [Kabat’s] conclusion was that one direction was quite clear. The groups that were doing the science and approaching it in a more scientific way consistently came out with the finding that PBA was not a significant health threat. This is an approach for being able to arrive at a way of finding your way through the maze—you look at what is the scientific approach.”

In his book, Cognitive Science, Religion and Theology, Justin L. Barrett, Professor of Psychology at Fuller Theological Seminary, explores the psychology of belief. While his focus is on religious belief, his theories of why we believe what we believe can be applied to anything, including why plastics are toxic and will destroy the Earth in just a few years.

Barrett observes that there are three main biases that people use to underpin their beliefs. One is the “conformity bias,” by which people with specific beliefs, especially those who do not study and pursue research on their own to develop their beliefs, “tend to cluster. . . . In part, this is because beliefs can motivate social affiliation, but mostly because people tend to conform to the dominant views of people around them. When in doubt, the consensus opinion serves as one’s default belief and is accepted as true.”

Secondly, there is the “prestige bias.” When trying to determine whether something is true and a “strong consensus is lacking, who do we trust to have the truth? Those who are highly regarded, have social power or high status,” Barrett writes. For example, when it comes to plastics’ impact on the planet, will people generally trust National Geographic, Dow Chemical or the American Chemistry Council? National Geographic has prestige and is considered a trustworthy organization. Dow is a large corporation and the general consensus holds that “corporate greed” (profitability) makes such companies untrustworthy. The American Chemistry Council is obviously pro-chemicals and probably can’t be trusted, either. I write for PlasticsToday, so neither myself nor the publication can be trusted.

The third bias is what Barrett calls the “similarity bias,” meaning, “when in doubt, we first trust those who are similar to us” because “historically, people ‘like us’ would have been most likely to possess reliable information relevant for people ‘like us.’ ” For example, people who believe that plastic is toxic and will poison the planet tend to “cluster” with others who believe the same thing. They will only read articles and studies written by authority figures from National Geographic or anti-plastic groups that “prove” plastic is toxic and is killing the Earth.

So, if you’ve ever wondered why some climatologists can use data from millennia of tree rings, Arctic ice cores and a history of global events to come up with the theory that climate change is nothing new and the Earth won’t really warm until we’re all toasted bagels while others claim that computer modeling projects that Arctic sea ice will be completely gone by 2013 or 2017, it becomes obvious that anything can be proven. The three biases that Barrett noted in his book also come into play when certain methods of “proof” are chosen to promote a particular belief. Selective (cherry-picked) reading of data and sourcing of studies that support what scientists set out to prove to achieve their aims—and obtain grant money—produce scientific facts that are less than factual.

An article in the March 27, 2018, edition of Cosmos magazine (“At least half of evolutionary biologists and ecologists fudge results, survey finds”) noted that in 2015, “more than 100 scientists collaborated in an attempt to reproduce the results published in three leading, peer-reviewed journals and found that, in many cases, they couldn’t.” Attempts to replicate these studies in various fields of research showed weaker results than the “original findings despite using materials provided by the original authors.

“Research approaches that groom raw data to make it look more appealing—that is, closer to the results predicted—has been identified as a primary cause” of the “replication crisis” or “reproducibility crisis,” said the Cosmos article. The three main problems were:

Is it any wonder that people are skeptical of science?

Kabat said that “Gwande’s discussion of BPA has applicability to a subset of controversies, i.e., those where substantial high-quality research has been carried out addressing the relevant approaches to the question (toxicological, experimental, and epidemiological).”

I bring up the BPA studies because 30+ have been done—some estimate that as many as 155 studies on BPA have been conducted over the past 40 years—with one more due to come out soon: the Clarity-BPA Core Study from the FDA. I’m watching closely for the release of that study and I’ll be interested to see which media pick up the news that, once again, is supposed to declare BPA perfectly safe, according to several pre-release articles on the study. The FDA should be seen as a “trusted” organization that has the ability, through objective scientific research, to determine what is safe. Again, it depends on whether people trust the government. The FDA, being a governmental organization, will be seen by some as “untrustworthy” because they believe that anything connected with the government can’t be trusted.

As soon as I get this so-called “final word” on BPA, I’ll write about it in PlasticsToday, but it remains to be seen if organizations that are pushing for the elimination of BPA will continue their fight, insisting that the FDA’s multi-year, multi-million dollar study is wrong. After all, there is a lot of money at stake for these organizations: They are not altruistic, charitable groups that are actually looking out for the best interests of the human race. That is my skepticism—my own bias—based on experience.

Given that most people do not understand science or care to do their own research to draw their own conclusions, I doubt we’ll see much letup in the war on BPA. And Einstein is probably correct when he said, “the science is never settled.” But we can always hope—at least with regard to BPA—that it will be, can’t we?