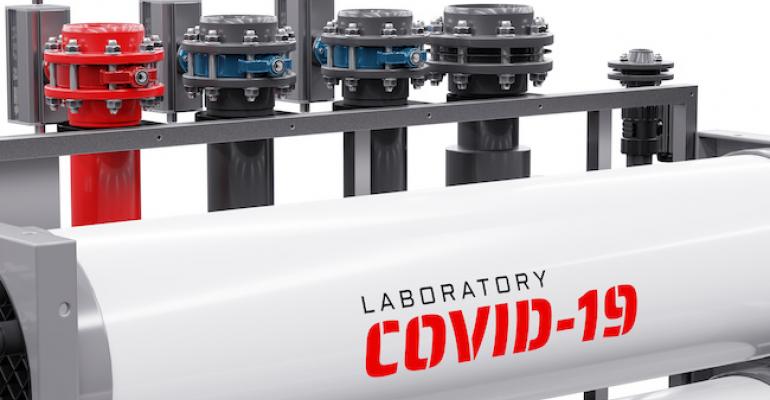 China’s ambassador to the United States called the Chinese conspiracy theory that COVID-19 originated from the U.S. Army "crazy." These were not off-the-cuff remarks from a rogue diplomat — President Xi Jingping told the ambassador to say that. But why?

We’ve all seen the photograph. In President Trump’s typed speech, the word “Corona” was crossed out with a Sharpie and replaced with “CHINESE,” presumably in Trump’s handwriting. Instead of reading “Corona Virus,” it now read “Chinese Virus.” It’s obvious Trump wants to put the blame on China for America’s current coronavirus pandemic.

As usual, Beijing played the tit-for-tat game. It came up with a conspiracy theory that the virus originated from the U.S. Army. But this week, China’s ambassador to the United States, Cui Tiankai, expressed his opposition to Beijing’s unfounded theory, describing it as “crazy.”

In an interview with Axios on HBO, Cui remarked, “Such speculation will help nothing. It’s very harmful. Eventually, we must have an answer to where the virus originally came from. But this is the job for the scientists to do, not for diplomats.”

These were not off-the-cuff remarks from a rogue diplomat. Beijing plans everything. President Xi Jingping told Cui to say what he said and the timing was no coincidence. Xi is offering Trump an olive branch at possibly America’s and Trump’s most vulnerable time in history. But why?

Xi has a vested interest in America’s economy. A strong America means, for China, hundreds of billions of dollars of export business. In 2018, China sold $540 billion worth of furniture, toys, plastics, and machinery to the United States. China appears to be recovering from the pandemic as quarantines are lifted, doctors and nurses at the coronavirus epicenter return home, and workers head back to the factories. China’s manufacturing machine is running again and needs customers.

So, what should Trump do? Take the olive branch with open arms. Don’t worry about saving face — let’s start saving lives.

We desperately need thousands of ventilators as well as millions of respirators, test kits, latex gloves, hospital gowns, pipette tips, biohazard waste bags, hand sanitizers, and more. In a wartime effort, China has mobilized thousands of factories to make medical products 24/7 and has shipped them to more than 80 countries so far.

On top of the supplies, hundreds of Chinese doctors and nurses, just off the Wuhan frontlines, have landed in Italy, Slovenia, Iran, Iraq, and Spain. That’s exactly what American hospitals need — medical professionals who have the know-how and experience to combat the coronavirus. They’ve been through the war already and can provide valuable, hands-on training to our American health professionals.

Now is not the time to blame China or to find a scapegoat. China made the first conciliatory move. Take the olive branch — ask for help and save lives. It’s that simple.

Stanley Chao is the author of Selling to China, and is Managing Director of All In Consulting. Follow Chao on Twitter, @stanleychao6.