What if plastic could cure cancer? Would you love it then? 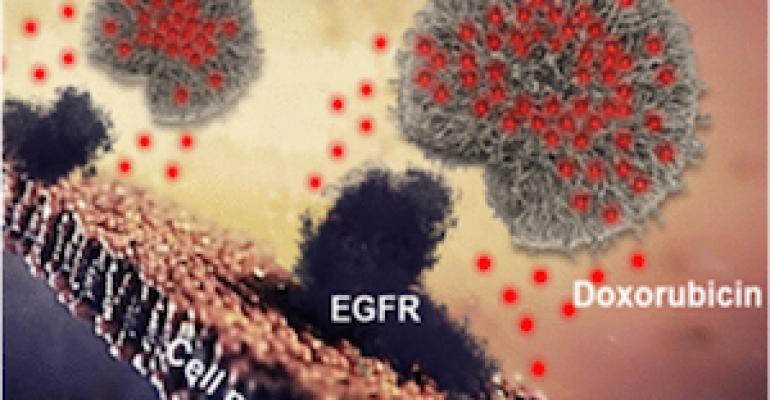 Research involving synthetic polymers that can function as antibodies could represent a “paradigm shift” by bringing a high level of specificity to cancer treatment.

I’ve heard people in the plastics industry say things like, “Even if plastics could cure cancer, people would hate it.” Okay, so let’s see what people think of plastic if it really does cure cancer.

According to an article, “Polymer Antibodies Efficiently Target and Eliminate Cancer Cells,” from the Moscow Institute of Physics and Technology (MIPT), a joint research team from Russia and the United Kingdom has demonstrated the possibility of developing new types of anti-neoplastic drugs based on nanoMIPs, or “plastic antibodies.”

These nanoMIPs are “synthetic polymers that can function as antibodies, selectively binding to target proteins on the surface of cancer cells.” This finding could be a “paradigm shift” by bringing a high level of “specificity” to treating cancer, said the article. Typically, the big drawback to most cancer treatments is that they are not very good at targeting the cancer cells specifically. The result is that most treatments kill off everything—the good and the bad—often making the treatment as harmful as the disease itself.

Advances in cancer research have led to a better understanding of the molecular mechanisms and the primary agents responsible for tumor development. “New findings have enabled novel anti-neoplastic drugs that can distinguish between healthy and cancerous cells by acting on specific molecular targets,” said the article.

The research was carried out by an international team from the University of Leicester, University College London, the Institute of Cytology of the Russian Academy of Sciences and the Moscow Institute of Physics and Technology. The results of the study were published in Nano Letters.

Cancer cells undergo rapid division and require a constant supply of “food” or “growth factors” to stimulate cell growth and proliferation, explained the article.  Growth factors come from outside the cell and “can be identified by corresponding receptor proteins on the cell surface.” Treatments over the past two decades act on these “growth factors” to “suppress binding” to the cells and thus directly affect their enzyme activity.

The international research group “has shown that it is possible to develop a new class of anti-neoplastic medicines based on a kind of particle called nanosized molecularly imprinted polymers (nanoMIPs). NanoMIPs are a synthetic polymer alternative to antibodies with a 3D structure that enables them to bind only to a certain fragment of a target protein,” which “ensures their high specificity.”

Unlike antibodies, noted the article, these nanoMIPs can also carry additional anti-cancer agents. “In their research, the authors proved for the first time that it is possible to synthesize nanoMIPs capable of selectively binding to the amino acid sequences of their target proteins. The study also demonstrated the potential for nanoMIP application in targeted drug delivery.”

NanoMIPs are synthesized in the presence of a target protein, which leaves a mark on the nanoparticle, called “imprinting,” that “can be compared to mold casting” because the end product takes on the shape of the original template. This process gives nanoMIPs the ability to selectively recognize the “target molecule and bind to it.”

The benefits of the nanoMIP synthetic antibody alternative to monoclonal antibody treatment is that nanoMIPs are more stable, which means new doses do not have to be constantly administered over the course of treatment. Because the nanoMIPs are stable and do not depend on temperature and acidity, they have a “much wider range of potential applications. Looking forward, they could expand the range of options available for diagnostics and treatment of many diseases,” said Professor Nickolai Barlev, head of the Laboratory of Cell Signaling Regulation at MIPT.

Additionally, the synthesis of selective nanoMIPs does not necessarily require imprinting of the whole cell; only a specific part needs to be imprinted. “This small part—a short oligopeptide—is attached to glass beads via covalent chemical bonds. The beads are then mixed with acrylamide monomers and doxorubicin” (a cytotoxic drug). “Polyacrylamide, unlike its monomers, is biologically harmless, and is used to produce soft contact lenses, among other things,” explained the article. “When the temperature is increased, the monomers begin to polymerize, forming particles that are 100 to 200 nanometers large; incorporate doxorubicin; and carry a molecular imprint of the target protein. Unreacted monomers and nonspecific nanoparticles are eluted, while the synthesized ‘plastic antibodies’ remain bound to the glass beads.”

Barlev commented, “For the first time, we have produced polyfunctional nanoMIPs capable of selective target protein recognition and suitable for specific drug delivery. This used to be impossible, because the available technology for nanoMIP synthesis did not allow us to standardize the conditions in which the particles were obtained, so the efficiency of the end product was unpredictable. We solved this problem by using solid-phase synthesis. Our next goal is to create ferromagnetic nanoMIPs, which would considerably expand the diagnostic and therapeutic potential of our ‘plastic antibodies.’ ”

The results of the study also revealed moderate and specific toxicity of nanoparticles against tumor cells: The toxicity was entirely due to the cancer drug doxorubicin that was incorporated during the polymerization process. The control nanoparticles that did not contain the doxorubicin did not have any effect on the cells. “In addition, where therapeutic nanoMIPs were administered, the cells developed multiple DNA breaks, which are a characteristic reaction to the effect of doxorubicin,” the article stated. “Finally, the binding of the ‘plastic antibodies’ to the epidermal growth factor receptor [which takes in the food required for cell growth] led to a decrease in the density of receptors on the cell surface.”

This research proves what we in the industry have known all along: Plastic is fantastic! In fact, it could just save your life one day!