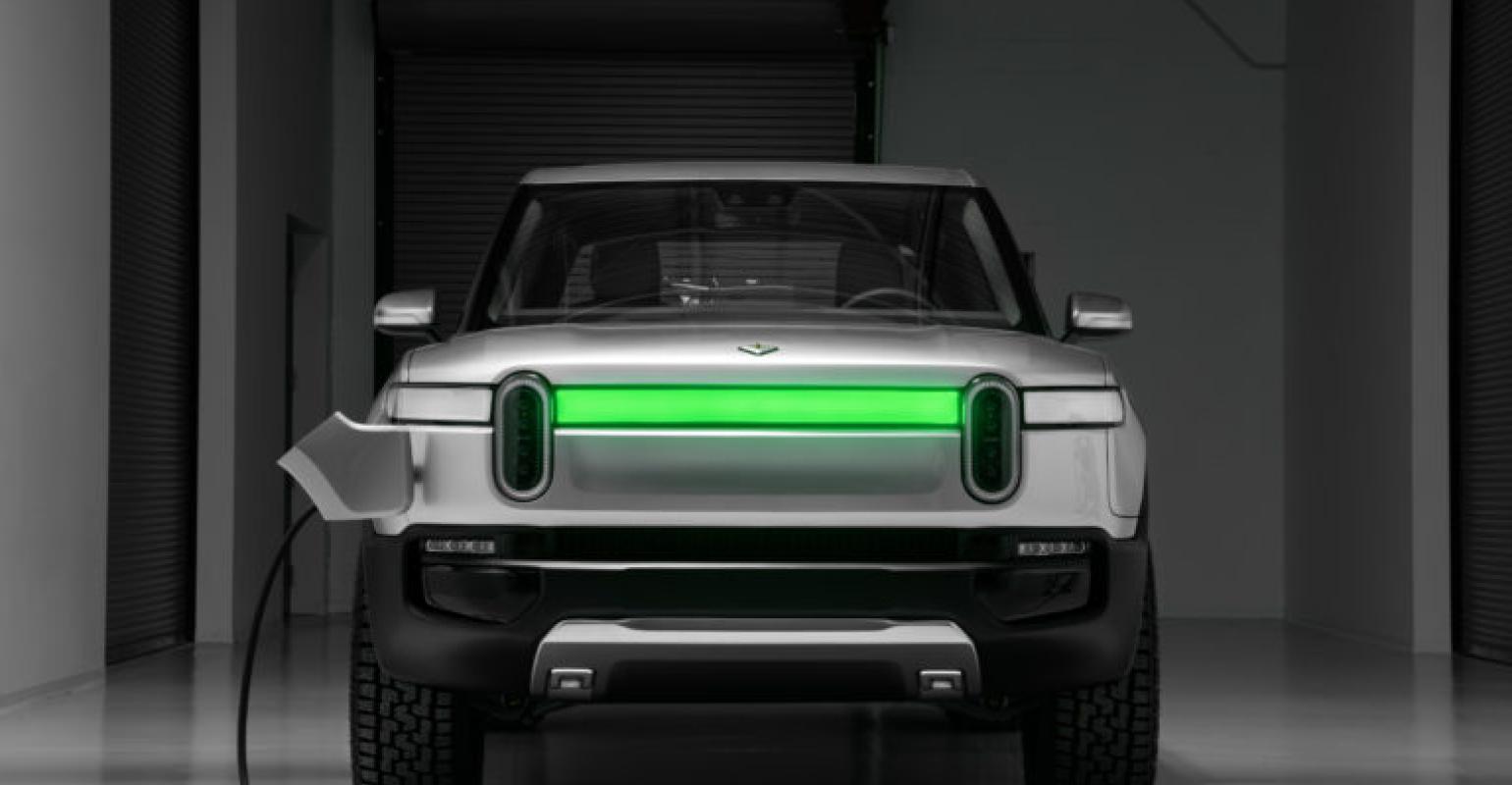 Get Ready for the Newest EV Media Sensation

Rivian Automotive’s electric pickup and SUV are the new darlings of the auto industry, but challenges lie ahead.

Rivian Automotive LLC launched the era of the electric pickup at the Los Angeles Auto Show this week, and did it with a bang.

The startup, which plans to build vehicles in a former Mitsubishi plant in central Illinois, unveiled its R1T battery-electric pickup at the historic Griffith Observatory in Los Angeles, joined by pop icon Rihanna clad in high-heeled boots.

The intro was, in short, a media sensation. Autoblog called Rivian “the start-up that stole the auto show.” TIME called the unveiling a “pickup truck event with star power.” Reuters and Wired compared the new company to Tesla. Slashgear went one better, opining that Tesla could learn from Rivian’s business plan. And the Los Angeles Times quoted a source as saying Rivian’s MIT-educated CEO, R.J. Scaringe, is “the version of Elon Musk you’d want your daughter to marry.”

The vehicle that inspired all that excitement, however, was an unlikely candidate—not a sleek sports car, but a 7,600-lb, five-passenger pickup truck. Called the R1T, it won’t reach the market until late 2020. But early data reveals that the R1T is decidedly different. Rivian calls it an “electric adventure vehicle,” saying the R1T was “developed to help customers get out and explore the world.” In its press information, the company emphasized storage space that allows users to haul surf boards, fishing rods, and snowboards. Similarly, integrated locking cables enable users to secure bicycle frames to the truck bed. The company also highlighted the R1T’s torque specs, which are said to be good for high-speed cornering and low-speed rock crawling.

The key to its capabilities lies in the truck’s use of a “skateboard”—not unlike the ones previously employed on the Chevy Volt and Tesla Model S. The skateboard houses a liquid-cooled lithium-ion battery pack (specific chemistry still unknown) sized to either 180 kWh (400+-mile range) or 135 kWh (300+-mile range). A smaller pack of 105 kWh (250+ miles) will follow about 12 months after the start of production.

The skateboard will serve not only as the foundation for the R1T, but as the power source for Rivian’s other vehicle: the R1S, a seven-passenger SUV. The R1S was introduced at the LA Auto Show the day after the pickup and is also expected to hit the market in late 2020.

Both vehicles will employ a quad-motor powertrain. The motors, deployed at each wheel, will deliver a maximum torque of 826 lb-ft and provide an extraordinary 0-60 mph launch time ranging from three seconds flat to 4.9 seconds, depending on the battery configuration.

Industry observers described Rivian’s approach as a sensible one, given the direction of the American market. Today, they said, most big automakers are shedding their sedans in favor of pickups and SUVs. “Instead of coming out with a tiny compact electric car that’s not in the center of the market, why not try to produce what is already popular in the US, and put it into an electric package?” asked Mike Ramsey, a senior director and analyst at Gartner, Inc.

The challenge, however, might lie in the price of the vehicles and the cost of its batteries. Even at an optimistic pack cost of $200/kWh, a 180-kWh battery pack would run $36,000, experts say.

Those starting prices would place the two new vehicles squarely at the high end of the market. The R1T, for example, would be at least $30,000 more expensive than the two most popular US pickups: the Ford F-150 and the Chevy Silverado. For that reason, it is believed the vehicle will compete more directly with luxury pickups and SUVs, like those from Land Rover.

The question, Ramsey said, is whether there’s enough consumer interest in SUVs and pickups at that level of the market. “They might be able to build a market, but will it be a significantly sized market?” he asked. “Is it going to be a big enough market for them to survive? The market isn’t always there when you’re talking about $70,000, $80,000, and $90,000 vehicles.”

Ramsey pointed out that luxury manufacturers, such as Aston Martin and Jaguar Land Rover, have struggled at the high end.

Thirty-five-year-old CEO Scaringe clearly believes the market has room for Rivian, however. An engineer, he earned his PhD while working in MIT’s Sloan Automotive Laboratory, and launched Rivian in 2009. During the past nine years, he has kept the company in stealth mode while developing its new vehicles and reportedly acquiring backing from such companies as Sumitomo Corp. of America and Saudi Arabian conglomerate Abdul Latif Jameel Co.

Rivian’s plan to launch its business at the high end of the market mirrors that of Tesla, which started a decade ago with the all-electric Roadster—a sports car with a base price of $80,000. But analysts point out that Tesla’s survival as an automotive startup is rare. And even then, the company still is not profitable after almost 16 years.