The rapid increase in the value of the green tire sector is due, in part, to growth in the tire market itself - the result of the fast-rising levels of car ownership in the emerging economies, particularly in Asia. However, the main driver is claimed to be increased interest in green issues: concerns about greenhouse gas emissions and the availability of resources to meet growing demands appear to be fuelling the green tire trend. 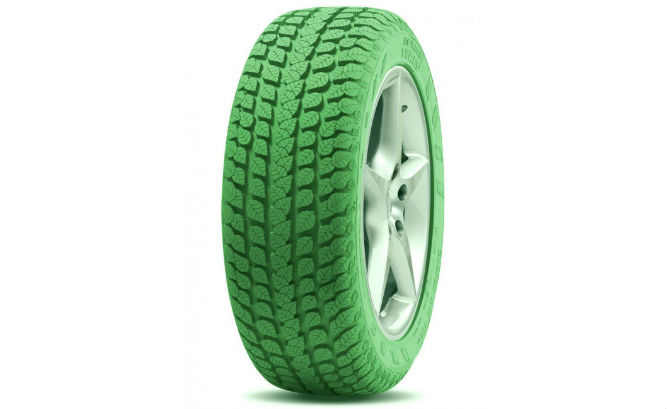 According to the report: "Tires make a significant contribution to fuel consumption, as well as using large amounts of resources and posing considerable disposal problems. As such, it is not surprising that they feature strongly with regards to concerns about the environment, including sustainability issues. Most of the major producers and their suppliers recognize this, and now include both environment and sustainability in their annual reports, as well as investor presentations."

Educating consumers
Up until now, the growth in green tire production has resulted from governmental pressures, raw material shortages and price volatility, with consumer demand playing a very minor role only. This is largely owing to a general lack of awareness of the green tire technologies that are available, such as low rolling resistance tire technology. This technology has immediate benefits for consumers by improving sustainability, reducing fuel consumption and saving money over the lifetime of the tire, even though the initial purchase cost is higher. Yet two decades after its initial introduction, it is still little known among the general public. As Smithers Rapra put it: "Consumer education is necessary if the average consumer is to play a more active role in driving green tire technologies forward."

Many of the other sustainability improvements offer no apparent cost advantage to the consumer and often demand a premium. In these cases, sustainability is going to be very difficult to sell to the general tire purchaser. Tires almost free of petroleum-based products, are already available (for example, Sumitomo's Enasave 97 and Enasave 100, which go so far as to use precipitated silica instead of carbon black as a filler), but are significantly more expensive than conventional tires of similar performance. Currently they only have a very small niche market, and while this is expected to grow significantly, even the most optimistic of forecasts put them as remaining a high-end specialty product in 2020.

Longer-term, i.e., beyond 2017, green tire trends include the use of process oils and plasticizers based on natural products, which are already starting to be applied. Tire cords derived from natural materials are also being looked at by the tire industry. Rayon is currently used in small amounts, although despite being derived from a natural material, its processing is environmentally unfriendly. Other cellulose derivatives might have more promise, but considerable development work will be required. Other important sustainability trends include smart, intelligent and adaptive tire technologies; re-use of rubber powder from end-of-life tires; retreading; new tire/wheel technologies such as airless; and producing synthetic rubbers from non-fossil fuel sources.

A vegetable oil solution
Another green rubber announcement came from Zeon Chemicals LP in Hattiesburg, MS, where producing synthetic rubber from non-fossil fuel sources has already moved from a trend to reality, although, it should be noted, not for tires. The company has developed an epichlorohydrin monomer derived from palm and other vegetable oils that's being used in the production of its Hydrin elastomers. Hydrin is used in a wide range of applications, such as automotive hoses, air ducts, diaphragms, laser printer rolls and vibration dampening devices.

"Our R&D testing has been rigorous and every test has proven the monomer is chemically identical to our previous product, so the resultant polymers are the same," said Clark Cable, Hydrin Business Manager. "Use of the monomer allows us to have a more environmentally conscious production, in accordance with our corporate social responsibility initiatives, because it contains 20-25 percent of bio-derived material."