How should the plastics industry deal with the U.S.-China trade war? 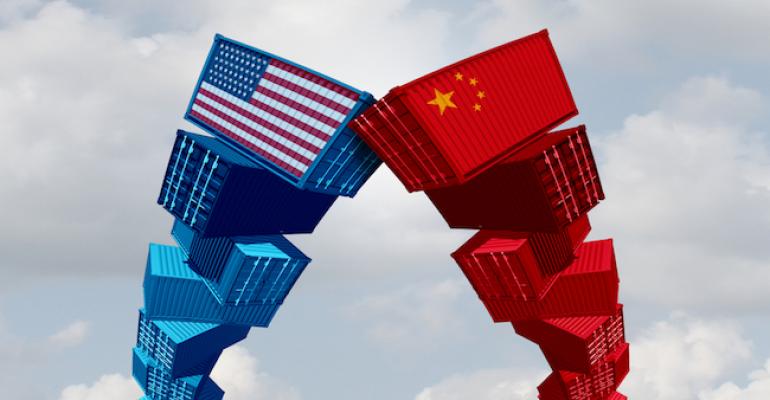 Companies outsourcing from China should seek alternative suppliers in Mexico, Southeast Asia or India. But don’t give up your China contacts, because this trade war will eventually end. Companies that import to China should set up local manufacturing operations.

Another deadline has come and gone, and the United States and China are still nowhere near a trade deal. In fact, with strong rhetoric coming from both sides, I’m now sensing we’re closer to economic Armageddon than a storybook ending. I’m preparing my consulting clients for the worst-case scenario.

President Trump’s claim that China reneged and backtracked on the trade deal shows the lack of experience his administration has in dealing with the Chinese. It doesn’t matter who you’re negotiating with in China—a small trading company, a large state-owned enterprise or the Chinese government—it’s always three steps forward and two steps back.

I can’t count the number of times I left China thinking I had just negotiated a done deal. I’d report the good news to my consulting client only to have to eat crow later when my Chinese counterpart reneged on its promises. Back to square one.

The key for success is to be patient and not be frustrated by Chinese backtracking. It’s all part of their game.

Take it slow. Get a series of small wins rather than one big, swooping, atomic bomb victory. Sign a deal that gets you 30% of what you want first, with a guarantee that both sides continue to negotiate the other stuff.

The belligerence and verbal attacks from both sides have gone too far any backtracking now. China’s state-controlled media and social sites are filled with anti-U.S. propaganda, which signifies that China is preparing its citizens for a one- to two-year economic cold war.

Besides tariffs, expect an entourage of other retaliatory measures that include import/export customs delays, perishable goods rotting on the tarmac, tax audits, cancelations of work visas, and factory and store closures.

On the macro level, look for China to devalue its currency, ban state-owned enterprises from purchasing American-made equipment and materials, and further instigate anti-U.S. sentiment among its 1.4 billion citizens. Trump will burn in effigy in Tiananmen Square.

The long-term effects: Just as U.S. presidents come and go, so will the tariffs, but the distrust will remain. We’ll see a selective decoupling between the two countries. Economically, we’ll kiss and make up, as China gradually opens up its markets, but on its own terms. Geopolitically, it’ll still be a cat and dog fight for world dominance.

Well, that depends on the extent of your China business. For companies outsourcing from China, seek alternative suppliers in Mexico, Southeast Asia or even India. But don’t give up your China contacts, because this war will eventually end and China remains one of the best manufacturing countries in the world, minus the politics. After all, it’s not that easy to find another high-quality, multi-material injection molder that’s been your supplier for 10 years.

For those plastics companies that import to China, look to set up local manufacturing operations in China to offset the tariffs and anti-U.S. sentiment. I know it’s a tough investment to make now with all the tough China talk, but believe me, this kind of “sell high, buy low” strategy will pay off in five years.

Thousands of companies bailed out of China after the Tiananmen massacres in 1989, and every one of them has lived to regret that decision. Don’t be one of them.

Don’t get me wrong. I’m not a pessimist and my consulting business has nothing to gain with all this China negativity. I sincerely hope a deal can be made soon, but my gut and my more than 25 years of experience negotiating with the Chinese tell me they would rather die than yield to what they consider “hegemonist” demands.

Though we’re due for some rough times ahead, it doesn’t mean companies should bail out of China, or make rip-roaring changes to their China strategies. Look to make tweaks here and there, but stick to long-term goals. China has had its ups and downs, but the general direction has always been up.

Stanley Chao is the Managing Director of All In Consulting, assisting Western companies in their China business strategies. Chao is also the author of Selling to China: A Guide for Small- and Medium-Sized Businesses.