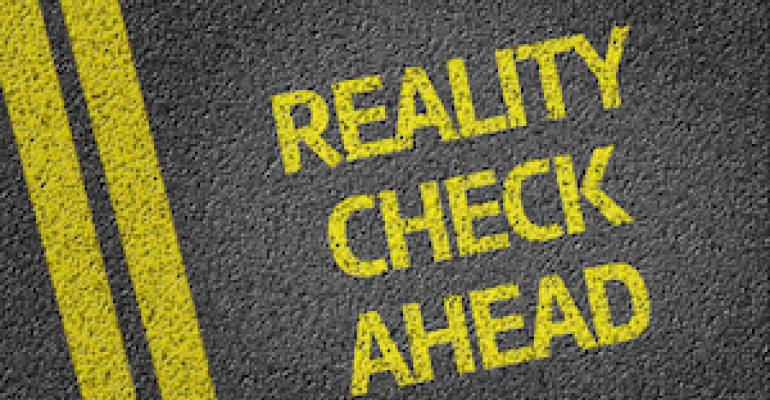 We can learn a few things from Mikhail Kalashnikov. His genius was to design a product—the AK-47—with intentionally loose tolerances that would still function and could be manufactured and maintained with the technology at hand. Instead of designing for precision, he designed for functionality. 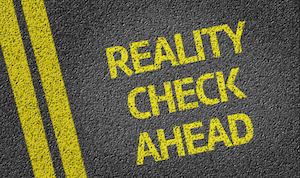 In all the trade magazines and conventions, we are bombarded with new automation tools. We're told they will improve profits and productivity. Today's metrology allows us to measure literally everything. Since these tools all use computers, it is a simple step to gather and analyze data. Dr. W. Edward Deming, the “godfather” of recent quality management systems, espoused 14 points for total quality management. Three of these are important: On-the-job training, no slogans and no quotas or numerical goals.

Those of us with a good grip on reality saw this as a codification of common sense. Managers, however, saw it differently:

If you actually read Deming's stuff, he says something very profound: All processes have two basic sources of variation: Natural and un-natural. When you have eliminated or minimized all the un-natural variation—worn out parts, lack of maintenance, not paying attention to details and so forth—the process is optimized, and whatever variation the process gives you is limited by the technology you've employed and cannot be improved.

I was working with a medical client who was obsessed (for all the right reasons) with quality. We implemented preventive maintenance programs: We actually trained the folks in process optimization and the millions of parts produced were photographically/dimensionally inspected. The parts that did not meet the specs were automatically shunted off into the scrap barrel almost immediately after inspection. However, the quality control numbers nerds were insistent on producing reams and reams of “executive" coloring books (multicolored control charts and such) showing the success of the numbers. In my final report, I noted our yields were consistently in the 99.5% range with the control limits being ±1/10 of a percent.

Quoting Deming, I pointed out we didn't need the charts any more and developed what I called the “hiccup report.” This report didn't tell us when everything was going well; it only generated itself when something wasn't going well. Our measure of success was when we could predictably say the only time the process went out of control was because of the un-natural variation we would see in normal injection molding (i.e., overheating of material if the process slowed down).

So, I packed up and closed down my end of this project. As usually happens, a few weeks later I got a panicked phone call from a numbers nerd in the quality department literally gasping that the process mean had shifted and was now running outside the control limits and, therefore, the process was "out of control." When I asked for the data, he said the yield rate had gone from an average of 99.5% to 99.75%.

When I asked if that was bad, he said, "Yes!! It's outside the control limits!" While he should have been celebrating, he was in a tizzy. Molding was a small department in this company, which was mainly in the electronics business. It was hard to tell the guy his electronic manufacturing departments would throw a party if yields on their integrated circuit chip manufacturing line went from 30% to 31%. However, he still did not get it! A few phone calls later, the culprit was found: The company received a new batch of resin whose properties seemed to mesh better with their product than the previous lot. I warned him that (1) when the 40,000 pounds of material were used up, the numbers would again shift and (2) if he had employed a moving range control charting system instead of what he was using, it would automatically move the control limits without a hiccup to his system. Get a grip!

Case #2: Tolerances are the enemy

Process capability (CP) asks if the process you are using is capable of producing parts that will comply with the specifications of the design. CpK asks the question, “Where within the design tolerance does the statistical spread of the parts lie?” Any designer will tell you tolerances are the enemy. This requires them to do a stack study using the worst case of each mating component's tolerance to ensure the product/components will fit together. Obviously, their solution is to make the tightest tolerances possible, thereby ensuring the assemblies will fit regardless of variation in the parts.

There are two flaws to this thinking.

First, polymers are long chained and by their very nature are not very precise molecules. When the resin companies give you shrinkage values, they are at best averages of large samples of test bars, molded under the most precise conditions with precise melt temperatures, pressures and ideal cooling. When you mold parts, your melt temperature varies a few degrees, your pressures vary and the fill rates of portions of your parts vary because your mold temperature across the molded surface area has different temperatures because of the locations of the waterlines. If you specifically measure areas on a large part, you will even see differences in shrinkage rates based solely on the location from the gate.

Second, many materials need to stabilize before you measure them. Metrology has become extremely precise with the common ability to measure consistently to 0.0001 inches and the equipment allows us to do it fractions of a second after ejection. Bear in mind:

When Mikhail Kalashnikov designed the AK-47 rifle, it was a gun for peasant soldiers. His genius was to design a product with intentionally loose tolerances that would still function and could be manufactured and maintained with the technology at hand, anywhere from a rural blacksmith shop to a high-tech factory. Instead of designing for precision, he designed for functionality. There is a wonderful phrase in manufacturing: "If it looks good and works, ship it." Please note this phrase does not require perfect cosmetics or tight tolerances—hence, Kalashnikov’s designs have persisted for more than 50 years and will probably continue into the future.

Process capability, very precise tolerances and process variation all suffer from a basic statistical flaw. Look at two dice. When you roll the dice, there is a 40% chance of rolling a seven. The lowest possible number is two with the highest being 12. Get your numbers nerd to pull out his calculator and do a standard deviation analysis on all the combinations of the two dice. The mean (average) will be seven. Three standard deviations—the upper and lower control limits—will calculate out to a low limit of -0.34847 and an upper limit of 14.3487. Oops! While statistically possible, betting your money on numbers below 2 or above 12 is a fool's bet. Statistics don't lie. Statisticians do.

The flaw here is forgetting the reality check.

Step back and look at your gadgets, quality programs and charts. Give them a reality check and count your increased profits accordingly.

It is your choice.